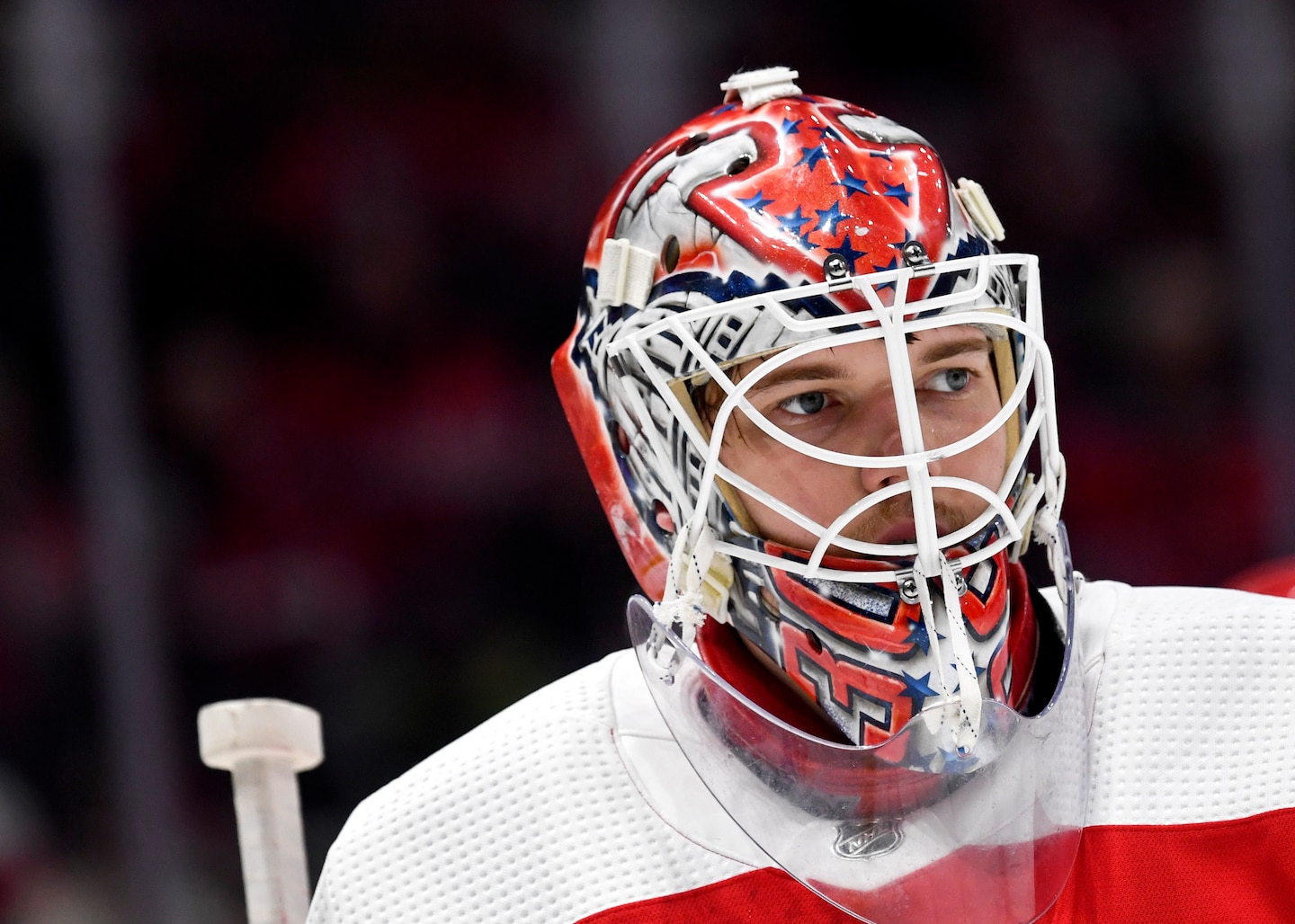 “He’s a guy that is a really good young prospect for us, so for us not to have him with us is disappointing,” Capitals Coach Todd Reirden said. “I thought he has made some strides and obviously put together a pretty good run this year. To be without him is certainly disappointing, but the right thing to do is to leave him here and allow him to get treatment so that he is ready to go next year when we have that opportunity to start playing hockey again.”

Samsonov, 22, did not skate with the team in training camp, which started July 13. He arrived in Washington in early July and has been seen interacting with teammates off the ice. The young netminder had a standout rookie year, going 16-6-2 with a .913 save percentage and a 2.55 goals against average. Samsonov opened the year with an 11-2-1 record, making him the first goaltender in franchise history to record 11 wins in his first 13 starts.

The Capitals still will have goaltender Braden Holtby at their disposal for the 2020 Stanley Cup playoffs. Holtby, who was in goal when the Capitals won the 2018 Stanley Cup, was expected to be between the pipes for the postseason, with Coach Todd Reirden telling reporters in mid-June that it was Holtby’s “job to lose.” Holtby, a pending free agent, posted a 25-14-6 record with an .897 save percentage and a 3.11 goals against average in the regular season.

“Yeah, I think Holts has been looking good in net,” center Lars Eller said. “We’re gonna need him to be one of our best players as he was in ’18 when we went on that run. And he’s got it in him. We have all the confidence in the world that Holts can carry us far … we’re gonna miss Sammy but I feel good about the guys we have in net.”

With Samsonov out, the team only has two other goaltenders: Pheonix Copley and Vitek Vanecek. Reirden said the team is still deciding who the No. 2 goaltender will be and confirmed Saturday that the team would have brought all four goalies into the bubble if Samsonov was not hurt.

Meanwhile, Vanecek had a solid campaign in Hershey in 2019-20, posting a 2.26 goals against average and .917 save percentage behind a 19-10-1 record in 31 games while splitting time with Copley. Vanecek, 24, has yet to make his NHL debut. He was called up to the Capitals earlier in the season but did not make an appearance.

Reirden said that either Copley or Vanecek will see time in the team’s exhibition game against Carolina on Wednesday. The plan is for Holtby to get the first two periods against the Hurricanes, and then whichever one is the backup goalie will play the third.

The Capitals had to submit their final travel roster to the NHL on Friday night, with a maximum of 31 players allowed to travel. The team originally had 34 players on its training camp roster.

On Saturday morning, Samonsov and forward prospects Shane Gersich and Garrett Pilon did not practice with the team, which meant only 31 players were on the ice for its final practice before it headed to Toronto.