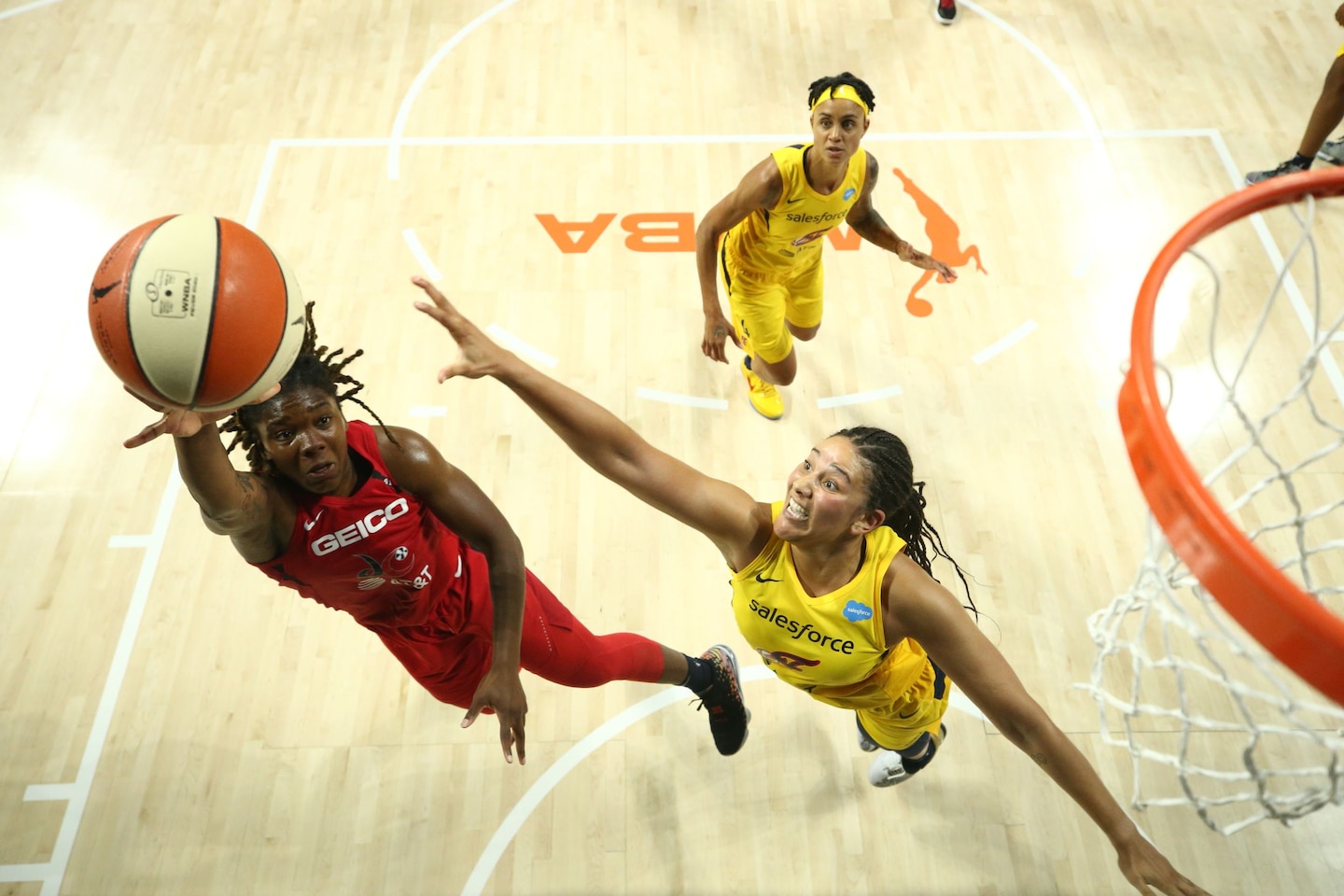 Basketball in the age of the novel coronavirus is definitely different, but the Washington Mystics — playing without four projected starters — still looked awfully good.

Coach Mike Thibault has been adamant about not discussing the 2019 run with this team loaded with new players and others with new roles.

“We really haven’t talked about that,” Thibault said before the game via Zoom. “In fact, I think that’s kind of probably put a little added pressure on some of our returning players and I don’t want them to feel [that]. This is a new team. If it was different circumstances and we were playing at home and we had our full roster, it would be different. But this is a little bit of a different group with different roles.

“I’m talking to them about forging their own identity. I want us to play the same way we did as far as the intensity and unselfishness and act like a champion, but I don’t think we’ve talked very much at all about we’re the defending champions.”

The Mystics might have a new identity, but they looked very much like a team that already knows how to win, especially during a second quarter that saw them outscore the Fever, 26-9. That stretch gave Washington a 62-35 lead at intermission.

The key for the Mystics was third-year forward Myisha Hines-Allen. She was the most dominant player on the floor from the opening tip and finished with a career-high 27 points and 10 rebounds in just her second pro start.

“Mind-set was play hard, play aggressive,” said Hines-Allen, who credited teammates for encouraging her to keep shooting. “That was really it. Take what the defense gives me, and I seen what happened. They were slacking off, so I had open shots. I was able to get out in transition and run, too.

“This is a great feeling. I’d be lying if I told you that I wasn’t shocked, surprised, none of that.”

Hines-Allen had already reached a career high with 22 points in the first half, and the Fever had no answers for her defensively. Hines-Allen put on a show both inside and out — hitting a step-back, buzzer-beating three-pointer to end the first quarter. She snatched a rebound, went the length of the floor and finished with a reverse, lefty hook early in the second quarter. Shortly after, Hines-Allen bullied straight through Indiana’s defense for a layup.

The Mystics closed the first quarter with 17-7 run to take a 36-26 lead, then put the game away during an 18-2 stretch in the second quarter.

“I didn’t really anticipate us scoring like we did for that long,” Thibault said. “Great start. Got a lot of people playing time. … One of those games where you have no idea what’s going to happen when you start. I thought we moved the ball great in the first half. We defended really well early. Just a sloppy fourth quarter, disappointing in that regard.”

Few knew what to expect from these Mystics considering the key absences. Thibault had spoken about a group effort offensively with four or five players scoring in double figures, led by Finals MVP Emma Meesseman. There also was an expectation of a three-point barrage considering the roster’s dearth of height. That’s not how things played out.

Hines-Allen was aggressive from the start and looked like the clear No. 1 option. Everyone seemed to attack the basket, and the team shot a blazing 72.2 percent from the field in the first half. Meesseman finished with a quiet 14 points, while Aerial Powers added 16. Ariel Atkins and Shey Peddy both scored 10 points.

The victory was the 11th straight against the Fever dating back to 2017.

Kelsey Mitchell led the Fever with 25 points, while Tiffany Mitchell added 15 and Candice Dupree finished with 13.

“We talked about it before the game. We understand that we’re playing for something that’s way more than ourselves right now,” Atkins said. “We’re learning how to play with a different kind of pressure on us. We’re playing for Breonna Taylor, we’re going to continue to say her name.”

Mystics notes: Forward Tianna Hawkins had a back issue and played just two minutes and may miss the next couple of games. … The Mystics next face the Connecticut Sun at 7 p.m. Tuesday in a rematch of the 2019 WNBA Finals.

Read more on the WNBA: