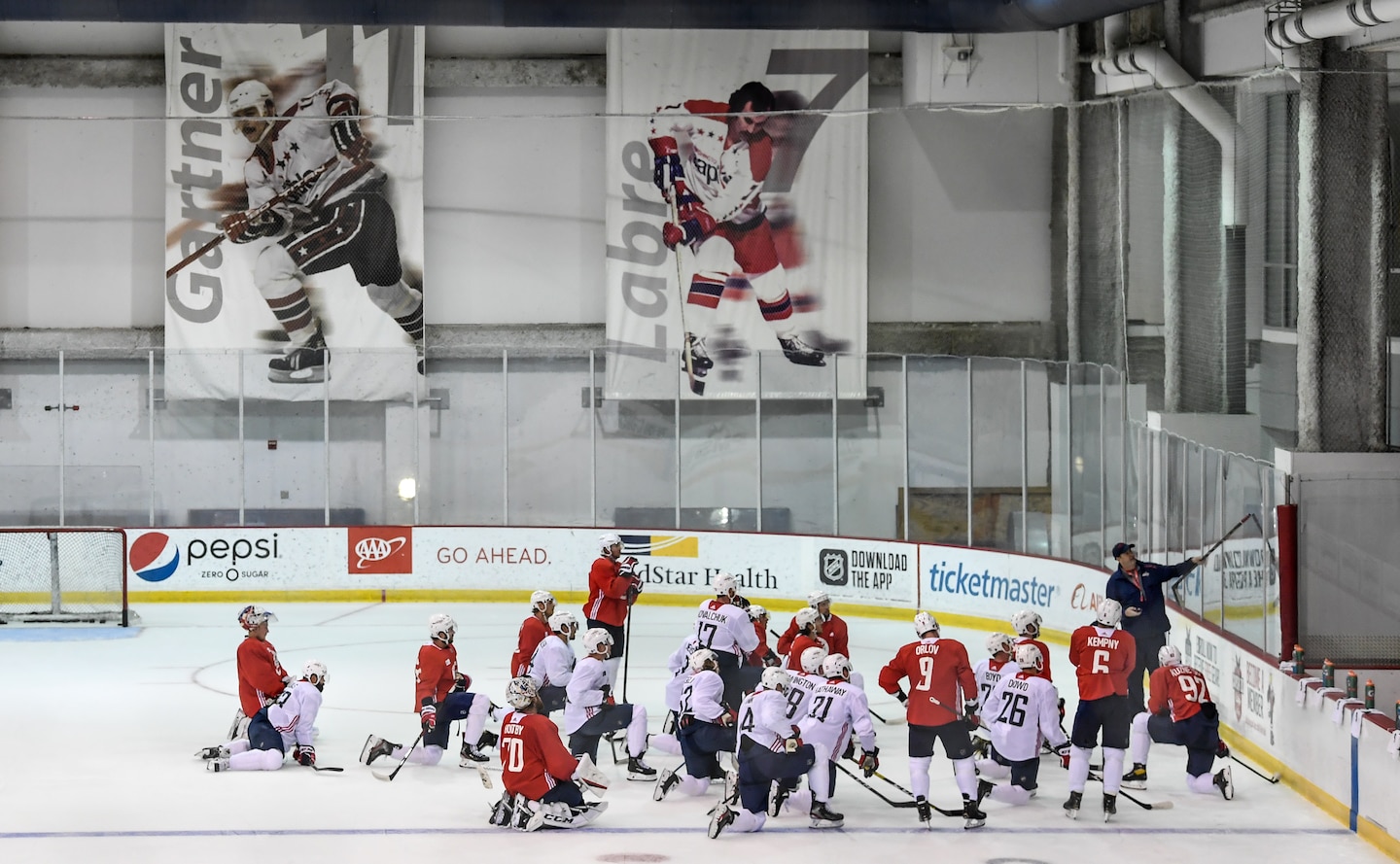 Toronto’s “secure area” will have four practice rinks — three NHL rinks and an Olympic-sized rink. There will be 14 on-site restaurants, bars, pubs and coffee shops only accessible to team personnel. Additionally, players will have access to tennis courts, golf suites, movie theaters and fitness studios. BMO Field, which is a short walk from Hotel X, will be used as an outdoor space for recreational activities, in addition to game viewing and dining options. All practices in Toronto will take place at Ford Performance Centre, the Maple Leafs’ training facility.

The NHL also created a concierge system to allow anyone in the bubble to get food, pharmaceutical needs and goods delivered from outside vendors.

Every NHL coaching staff will have an office in a suite at Scotiabank Arena, and the general managers will also have a suite. The same goes for the Western Conference teams at Rogers Place in Edmonton.

In Edmonton’s secure zone, the teams will stay at the Sutton Place Hotel or the JW Marriott. Similar to Toronto’s setup, players will have access to bars, restaurants, entertainment options and activity spaces. For practices in Edmonton, the NHL is using Rogers Place and Terwillegar Arena, which has four rinks.

There also are plans in Edmonton to potentially look at opportunities for outside excursions after 14 days. It is an evolving situation as the league stays in touch with health officials in Alberta and Ontario.

As of Friday, there were 150 NHL league office employees and well over 1,000 people on the ground in Toronto and Edmonton working to make the hub cities up to par before teams arrive on Sunday. Teams were told by the NHL to submit their full travel roster by 5 p.m. Eastern time Friday, with up to 52 team personnel and no more than 31 players.

“First and foremost, and you’ve heard us say this all over again, health and safety is driving all of our decisions and all of our attention and focus,” NHL Commissioner Gary Bettman said Friday on a conference call with media. “That is the primary aspect of what we have to accomplish over the next couple of months.”

The NHL provided an update on testing Thursday, with deputy commissioner Bill Daly saying there were no positive tests this week. The NHL has been encouraged by the test results thus far, and believes it is trending in the right direction as teams head to their respective hub cities. On Monday, the league reported only two positive tests in the first five days of training camp (July 13-17) after 800-plus players were tested.

In the hub cities, the NHL will be in charge of daily testing for the coronavirus, with results available within 24 hours. The league is working with LifeLabs in Toronto and DynaLIFE in Edmonton to administer the tests.

Both companies assured the NHL that they had excess capacity. Willem Meeuwisse, the NHL’s chief medical officer, said Friday that the league’s testing will not interfere with testing for the general public. Meeuwisse, however, acknowledged the uncertainty that comes with the bubble.

“We don’t expect it to be perfect,” Meeuwisse said. “We expect, with the number of people, that we’re going to have some positive tests, and we have a method and a process designed in advance to deal with that. And we’ll continue to consult with the local health authorities as that unfolds.”

The league also is unveiling its #WeSkateFor initiative this postseason. On Aug. 1, the first day of the qualifying round, ceremonies at two games — Chicago vs. Edmonton at Rogers Place and Montreal vs. Pittsburgh at Scotiabank Arena — will honor front-line pandemic workers and protesters for social justice. Steve Mayer, the NHL’s chief content officer, confirmed that the Black Lives Matter movement will be acknowledged.

“We’ll see how our players react naturally to what we will present opening night, but there will be some moments within the opening night ceremony that will touch on Black Lives Matter and social justice,” he said.

Throughout the tournament, players and teams will be able to wear helmet decals and other items through the #ISkateFor hashtag.

With no fans in attendance, the NHL will fill the empty space with LED screens, monitors and stages around the ice. Mayer said Friday that the NHL has a goal song, goal horns and in-arena music from each of the 24 teams participating. The league also has compiled fan videos from various teams.

Broadcast-wise, both Sportsnet in Edmonton and NBC in Toronto will be using 32 cameras per game, which is 12 more than normal. The NHL also partnered with EA Sports to mimic crowd noise.

Notes: The Capitals held an intrasquad scrimmage Friday, which started at 4 p.m. to simulate the timing of their exhibition against Carolina on July 29 and first round-robin game against Tampa Bay on Aug. 3. The blue team, which was stacked with the team’s top three lines and top two defensive pairings, lost, 2-1, to the red team, which largely featured prospects alongside No. 1 goaltender Braden Holtby.