Which party will lose the political fight if Congress lets unemployment benefits expire? 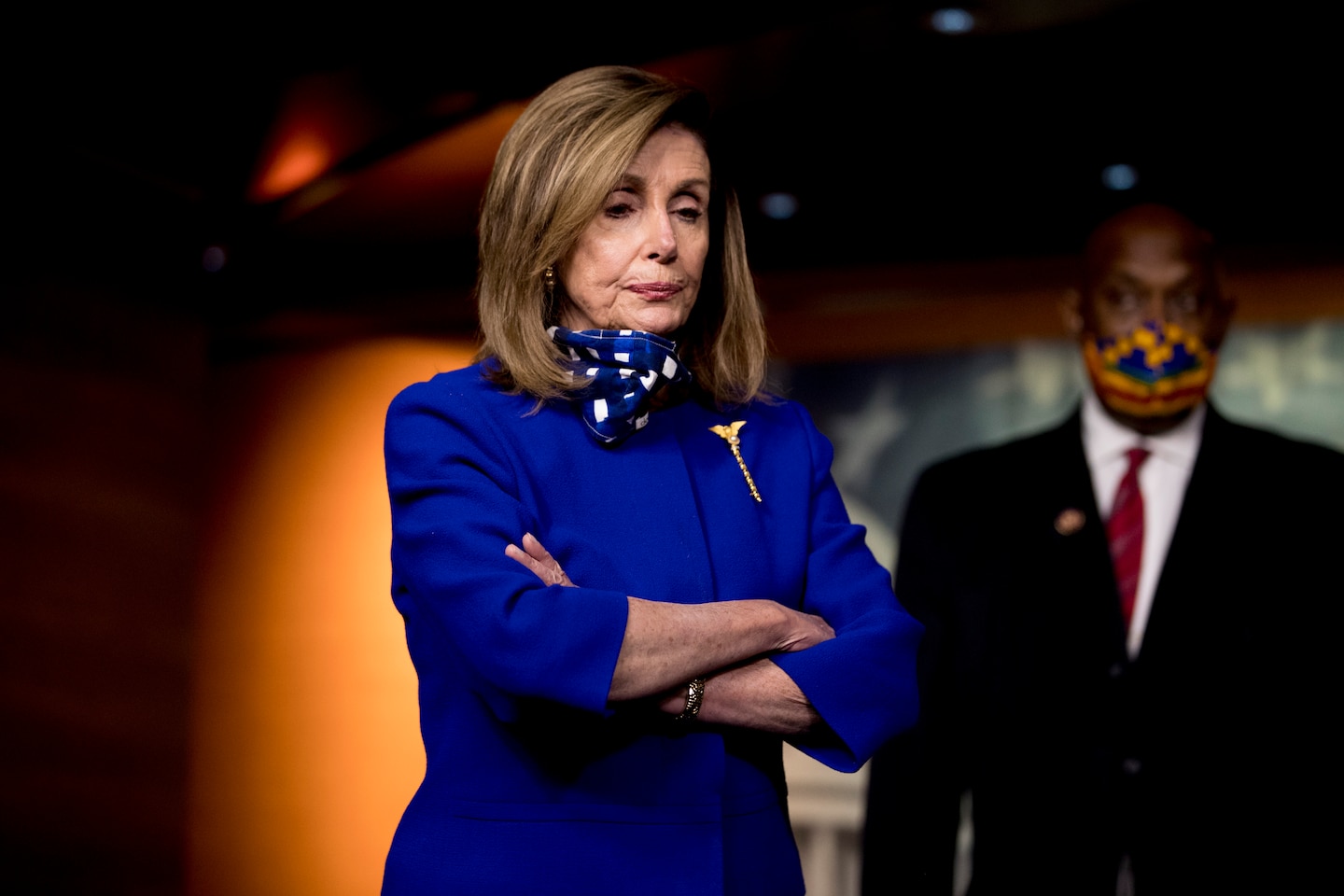 Who will pay the steepest political price for this, Republicans or Democrats? It’s been easy to point to weeks of GOP infighting about what they want in the bill as the source of the delay. But now that they are readying to release the details of what they want, Republicans will try to point the finger back at Democrats if negotiations stretch out.

This debate carries real-life consequences for millions of Americans, and we are less than 100 days from voters rendering a verdict on Congress as well as President Trump. Let’s see how each side is arguing its case.

That Republicans knew this was coming and didn’t act until the last minute.

Democrats passed a $3 trillion coronavirus relief bill in the House in May to extend, among other things, federal unemployment benefits. Senate Republicans rejected it right away.

Fast forward two months, and coronavirus cases and deaths are rising, hard-hit states are reversing openings and considering new shutdowns, and the economy is still sputtering. So enough Republican are now game to spend about $1 trillion on coronavirus relief, including extending unemployment benefits to some degree.

Democrats are asking what took Republicans so long to come to the table.

“We have been anxious to negotiate for two months and 10 days, when we put forth our proposal,” House Speaker Nancy Pelosi (D-Calif.) said Sunday on CBS’s “Face the Nation.”

Within Congress, Republicans are also divided by how much to spend and for what. “Half the Republicans are going to vote no,” on whatever agreement they come up with, warned Sen. Lindsey O. Graham (R-S.C.) on Fox News over the weekend.

Rather than negotiate with Democrats, Senate Republicans spent much of the past week coming to an agreement with the White House on what they’d present. They rejected a payroll-tax cut that Trump wanted and were internally divided over the steep price tag of a new package.

Pelosi and Senate Minority Leader Charles E. Schumer (D-N.Y.) saw an opportunity to cast Republicans as incapable of governing, a convenient argument for them ahead of the November elections where Democrats could win back the Senate majority. “It is simply unacceptable that Republicans have had this entire time to reach consensus among themselves and continue to flail,” they said in a joint statement.

They didn’t want to approve new major spending until they were sure it was needed.

Senate Republicans have maintained for the past few weeks that there is money unspent from the major coronavirus relief package passed in March by Congress. They also did not want to prematurely add a trillion dollars to the soaring national debt.

Back then, Republicans hoped the economy would start recovering as states reopened. Now, Republicans are realizing the country isn’t much better off than it was in March.

“We realize there are a lot of hard-working Americans because of covid [who] still won’t have jobs,” Treasury Secretary Steven Mnuchin said Thursday on Capitol Hill.

If Democrats want unemployment insurance extended so badly, they should be willing to pass just that ASAP.

McConnell said Congress is probably weeks away from a deal that could pass both chambers and get signed by Trump. In the meantime, they don’t want unemployment benefits, while some 20 to 30 million Americans are out of work, to expire. So, they made an offer to Democrats to just peel off and reduce those benefits — they want to give $200 per week, and pass it by the end of the week. The rest of the bill — stimulus checks, aid for testing and contact tracing, funding for schools — can wait.

Democrats say no way. Pelosi knows that Republicans’ urgency to act on unemployment benefits is also her opening to negotiate on all the other things Democrats want that Republicans are skeptical of, such as help for struggling states and cities. Why would she give up that leverage? It’s the same hard-line tactics she used — successfully — to best Trump in a government shutdown in early 2019.

Republicans are casting her position as unnecessary intransigence. “There’s no reason for [Pelosi] to object to holding up unemployment insurance just because of a personal negotiating preference,” White House chief of staff Mark Meadows said over the weekend.

So, who will be blamed?

The unemployment deadline will be compounded by the end of a moratorium on evictions for many renters, which expired in the past week. That means people could simultaneously lose income they’ve been relying on and their homes. White House adviser Larry Kudlow said Sunday they’re working to extend protections, but it remains to be seen how and if that will get folded into legislation.

Republicans control the majority of Washington with the Senate and the presidency. So, even though Republicans need Democrats in both the House and the Senate to pass anything, Democrats will argue this is happening on the GOP’s watch.

Plus, the November election will almost certainly be a referendum on Trump’s handling of the coronavirus and the economic fallout. If Americans out of work don’t have some sort of steady income to rely on to keep a roof over their heads, even for a few weeks, that doesn’t bode well for Trump or the vulnerable Senate and House Republicans on the ballot with him.

Despite all that, political boosts from congressional fights such as these tend to be nominal, with partisanship as entrenched as it is. But with millions of Americans potentially affected by what Congress does here, neither party wants to be on the losing side of this fight.