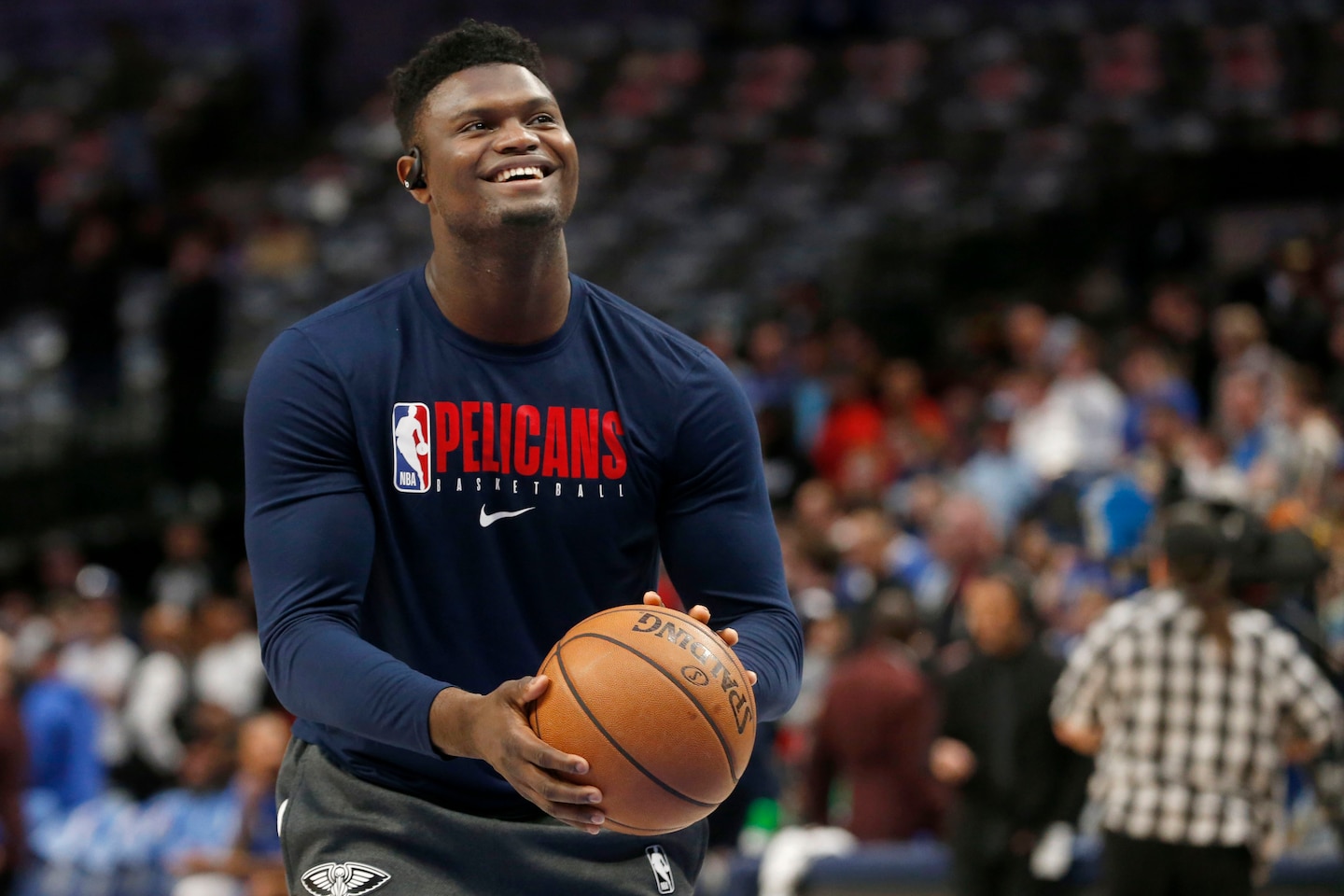 Pelicans Coach Alvin Gentry told reporters Williamson did not participate in full-contact action, and the 20-year-old forward did not address the media. During the portion of practice open to the media, Williamson shot jumpers, joked with his teammates and went through dribbling drills.

“[Williamson] did some light stuff,” Gentry said. “We did some three-on-zero stuff and five-on-zero stuff. From a physical standpoint, he didn’t get involved in any of the five-on-five stuff. We have another practice tomorrow, and we’ll see where he is.”

Plenty is riding on Williamson’s availability for the Pelicans, the NBA and the league’s television partners.

New Orleans enters the restart with a 28-36 record, 3½ games back of the playoffs and in a heated race to force a play-in game for the Western Conference’s eighth seed. With Williamson on the court, the Pelicans went 10-9. Without him, they went 18-27. He averaged 23.6 points, 6.8 rebounds and 2.2 assists in 19 appearances after missing the first three months of the season following knee surgery in October.

“Our whole goal when we started the season was to make the playoffs,” Gentry said. “We went through a stretch where we lost 13 consecutive games. We stayed together and we said we still felt like we have the opportunity to make a run at the playoffs. When we got Zion [back in January], it was a big lift for us. Our goal is to make the playoffs, but we’re not going to do anything ridiculous or make crazy decisions based off of trying to make a playoff run. We know we have a bright future, so we won’t risk anything based on that.”

Williamson’s immense popularity was a key factor in the NBA’s decision to expand the field for its restart from 16 teams to 22. The larger format put the NBA in position to air six of the Pelicans’ first seven games on national television, including Thursday’s opener against the Utah Jazz on TNT and a Saturday date with the Los Angeles Clippers on ESPN.

Gentry insisted that the Pelicans don’t feel pressure, internally or externally, to play Williamson, who hasn’t participated in a full practice in nearly two weeks.

“It really isn’t a tough decision,” he said. “If [Williamson is] ready to play, he’ll play. If he’s not, we won’t play him. You’re not going to risk anything long term for something very, very short term. We’ll see and evaluate [Wednesday], the medical people will. So will Zion. Zion will tell us how he feels. From there, we’ll go and make decisions on what’s best for him and what’s best for our team.”

The Pelicans have sought to exercise maximum caution in their handling of Williamson. His return from knee surgery, which sidelined him for the opening night of the 2019-20 season, took longer than initially expected, and he was kept to a tight minutes limit during his exceptional debut.