One president pinned it. The other one nailed it. 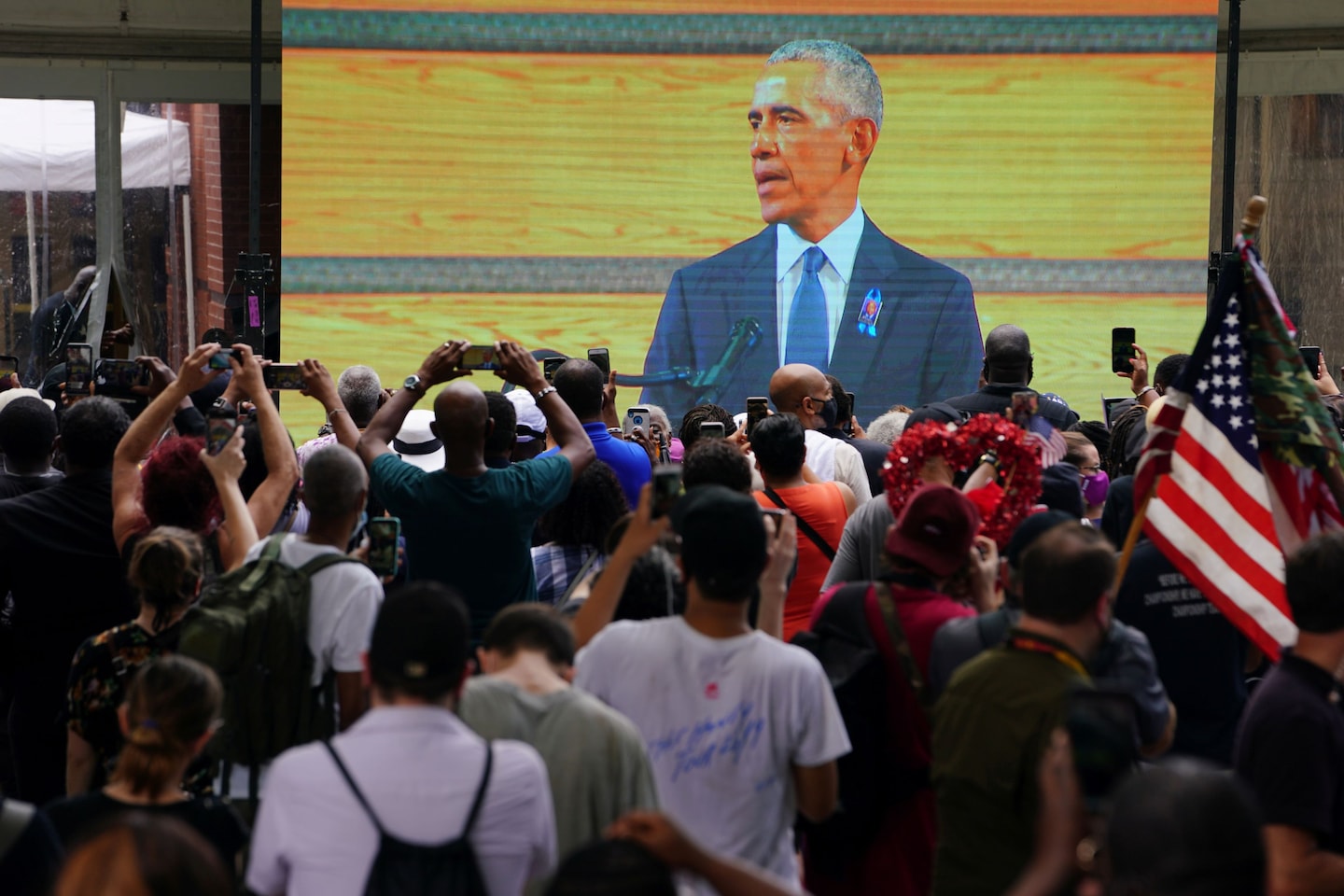 Of course Trump provoked to distract. His tweet landed just minutes after news broke that the economy contracted a stomach-churning 9.5 percent during the second quarter of the year, the largest such drop on record; meanwhile, jobless claims hit 1.4 million last week. There will be no V-shaped recovery.

But to understand Trump’s motives does nothing to lessen the outrageousness of his suggestion. The law instructs, and history underlines: We do not postpone presidential elections in this country — certainly not by presidential fiat. In any event, unless Trump is reelected, the Constitution provides that he will cease being president at noon on Jan. 20.

The solution to the challenge of conducting an election in the midst of a pandemic, and with states potentially unprepared to cope with the deluge of mail-in ballots, is to take whatever steps necessary, and provide whatever funds might be needed, to ensure that as many votes as possible are counted, quickly and securely. Fanning the flames of public doubt about the legitimacy of an election that he has not yet lost may be among the most unpresidential of Trump’s many unpresidential — indeed, unpatriotic — acts.

You could, perhaps, take some solace in the fact that Trump’s fellow Republicans popped his trial balloon — and with astonishing rapidity, given their ordinary cowering from any risk of incurring presidential wrath. “Never in the history of the country, through wars, depressions and the Civil War, have we ever not had a federally scheduled election on time, and we’ll find a way to do that again this Nov. 3,” Senate Majority Leader Mitch McConnell (R-Ky.) told WNKY television in Bowling Green. “Never in the history of the federal elections have we not held an election, and we should go forward,” said House Minority Leader Kevin McCarthy (R-Calif.).

Still, to feel grateful for such morsels of resistance and sanity only underscores how little we have come to expect of Republican lawmakers. It would be too much, no doubt, to expect them to expound on the dangers of Trump’s efforts to undermine the legitimacy of the election. But if they believe the election should proceed, maybe they could appropriate the money needed to ensure it does so properly?

Apparently not. The coronavirus package just released by Senate Republicans includes no new funding — zero — for state and local officials to hold elections. “We’ve already appropriated an awful lot of money for election assistance,” McConnell sniffed, referring to the $400 million allocated to election help in March. House Democrats would provide an additional $3.6 billion. If the situation is as dire as their president suggests, you might think Republicans could dig a little deeper.

Trump’s actions would have been troubling on any day — they were especially despicable on this one, as Rep. John Lewis, who risked his life to secure the right to vote, was laid to rest. Lewis’s funeral presented a poignant contrast between Trump and his predecessor, Barack Obama, one that served to diminish Trump even more.

Obama, eulogizing Lewis, used the pulpit as the Democratic Georgia congressman would have wanted: to argue for renewed devotion to the work he had left unfinished.

“We may no longer have to guess the number of jelly beans in a jar in order to cast a ballot,” Obama said, “but even as we sit here, there are those in power who are doing their darnedest to discourage people from voting by closing polling locations and targeting minorities and students with restrictive ID laws and attacking our voting rights with surgical precision, even undermining the Postal Service in the run-up to an election that’s going to be dependent on mail-in ballots so people don’t get sick.”

And so Obama ticked off a national to-do list: First, revive the Voting Rights Act, gutted by the Supreme Court, and undo the “flood of laws designed specifically to make voting harder,” laws that represent “an attack on our democratic freedoms” in their effort to suppress the votes of a growing minority population. Obama also called for automatic voter registration; voting rights for released felons; expanded early voting; a national holiday for Election Day; and representation for the citizens of Puerto Rico and the District of Columbia.

“And if all this takes eliminating the filibuster, another Jim Crow relic, in order to secure the God-given rights of every American, then that’s what we should do,” Obama said, a first for him in public.

Trump’s name never crossed his lips; Trump’s tweet went unmentioned. That wasn’t needed. The comparison between the two presidents — one who believes in perfecting the American experiment, one who would do anything necessary to undermine it in the service of his self-interest — could not have been more stark.