Trailing badly in polls, Trump points to ‘hidden’ voters and the ‘silent majority’ as path to victory 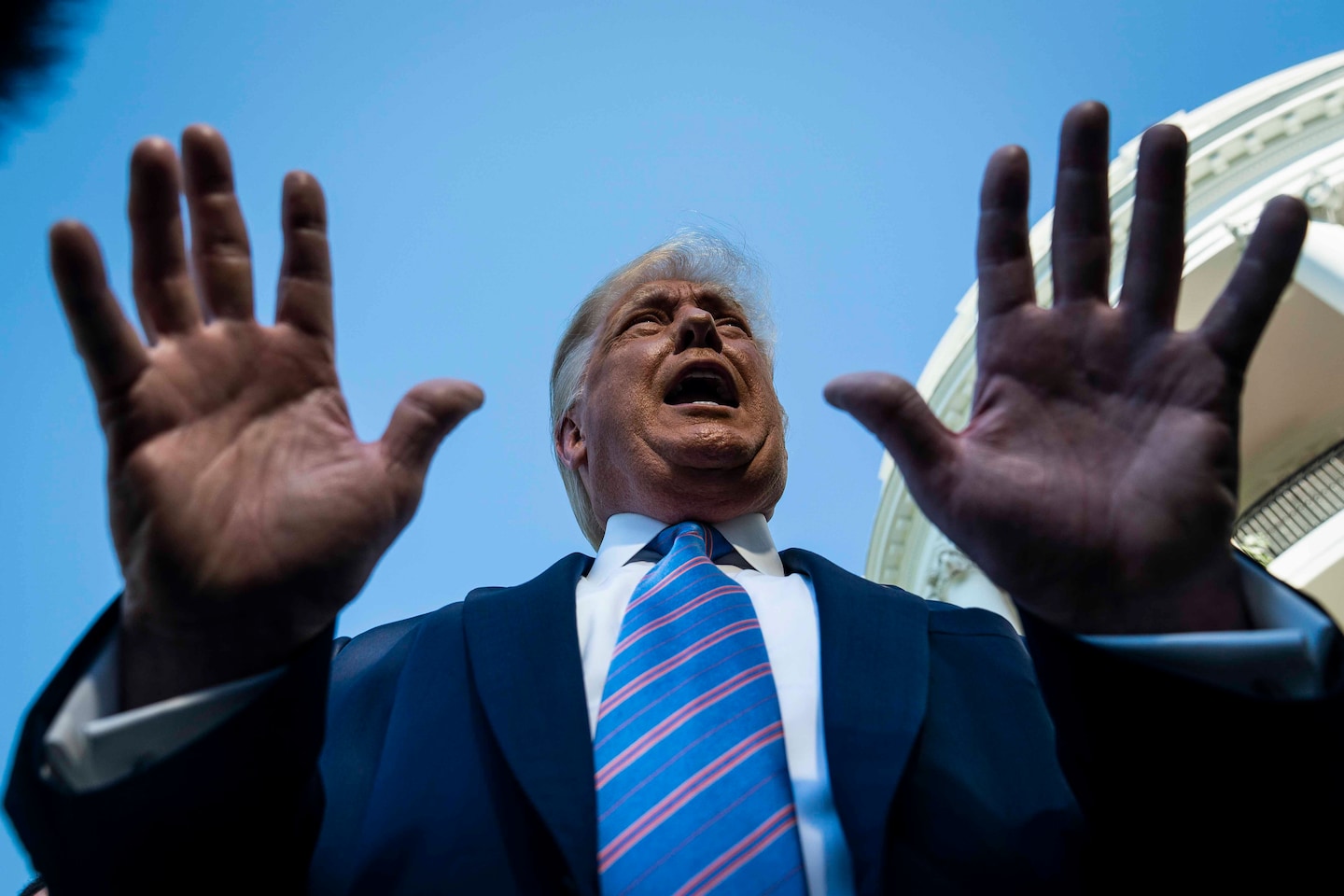 But researchers and political analysts, who acknowledge that a hidden Trump vote existed in 2016, said differences between this year and then are stark — making it unlikely that unexpected voters alone will be enough to make up the significant advantage Biden holds.

With Biden, the presumptive Democratic nominee, topping 50 percent in many swing state polls four years after Hillary Clinton struggled to reach that threshold, Trump will need more than a surge in hidden support to win in November, said David Wasserman, House editor of the nonpartisan Cook Political Report.

“I’d expect the shy-Trump-voter phenomenon to be less of a factor than it was in 2016,” he said. “There’s no doubt 2020 is a much different picture than 2016. Biden’s lead is broad across the battleground, and it’s more stable than Clinton’s was in 2016.”

The polls show a drop in support for the president because of bad marks he is receiving from voters over his management of the government response to a pandemic that has killed more than 147,000 Americans and devastated the economy — creating a far different electoral environment from 2016’s.

But Trump continues to dismiss public polls showing him losing nationally and in several states he won four years ago. He has claimed without providing evidence that there’s a broad conspiracy among pollsters to “suppress” his supporters.

“We get a lot of suppression polls,” Trump told reporters Monday. “We get a lot of fake polls, just like we have fake news. I mean, it’s a terrible thing when you look at it.”

A day earlier, he tweeted that “The Silent Majority will speak on NOVEMBER THIRD!!!”

The concept of the “silent” or “hidden” voter, which has existed on the fringes of political research and polling for decades, gained renewed interest after Trump’s victory in 2016. While national polling was largely accurate in predicting Trump would lose the popular vote to Clinton, state-based polls in key swing states undercounted the level of support for him.

Trump won narrow victories in places such as Michigan, Wisconsin and Pennsylvania after public polls showed him trailing Clinton, leading some researchers to conclude that a large number of voters secretly backed him after telling pollsters otherwise.

There’s some dispute among political scientists about why state-level polls underestimated Trump’s level of support. The American Association for Public Opinion Research’s evaluation of 2016 election polls in the United States found that state polls underrepresented voters without college degrees, a group that was particularly supportive of Trump. The evaluation cast doubt on the “shy Trump voter” phenomenon, after a number of tests to root out such a trend “yielded no evidence.”

Peter K. Enns, executive director of the Roper Center for Public Opinion Research at Cornell University, said a larger than usual portion of the electorate told pollsters they had not made up their minds about their vote. Those voters ended up voting for Trump by a large margin, he said.

Trump’s history of “racist and sexist” comments made some voters reluctant to publicly express their support for him in 2016, said Enns, who studied the “hidden voter” phenomenon before and after the election.

Though Trump has continued to use inflammatory rhetoric in office, Americans are less likely to hide their views about whether he deserves a second term, Enns said.

Michael Slepian, a Columbia University professor who has studied “hidden” Trump voters, said many kept their preference secret in 2016 to avoid “reputational damage” or heated arguments. Since Trump is now the president, it may be “less risque” for his supporters to publicly declare their support, he said.

State polls show Biden ahead of Trump in places like Pennsylvania and Wisconsin — key states where the president is banking on a surge of unexpected support from working-class White voters who vote infrequently.

Trump campaign manager Bill Stepien put together a half-hour Zoom presentation this month in an attempt to convince reporters that public polls showing Trump losing are not accurate.

Stepien said the polls did not include a sufficient portion of Republican voters and failed to capture the enthusiasm for Trump in wide swaths of the country. Trump’s strong voting margins in rural counties in 2016 and the campaign’s well-financed ground game this year could prove pivotal in shaping an electorate that defies pollster’s expectations, he said.

“These trends are going to go unnoticed until election night, when we’re right and they’re wrong,” he said.

Stepien and other Trump aides have claimed they have internal polling that shows Trump in a much stronger position, though they have declined to share those figures. They have highlighted the fact that Trump supporters are more enthusiastic about voting for him than Biden supporters are about backing the former vice president. Still, they say skepticism toward pollsters — whom Trump himself has denigrated — is prevalent among the president’s supporters, leading to skewed results.

“Our people don’t want to talk to pollsters,” said a senior campaign official, who spoke on the condition of anonymity to discuss internal strategy.

The official echoed Trump’s claims that spontaneous boat parades with hundreds of Trump supporters this summer highlight a level of enthusiasm that pollsters have been unable to capture.

“You have thousands of boats, and they’re all waving the Trump sign, the Trump-Pence sign — and they’re so proud,” Trump told reporters Monday after dismissing public polls as “fake.”

Trump’s recent moves, ranging from thinly coded appeals to “Suburban Housewives” to pledges to bring “law and order” to city streets, indicate that he is less certain about his political strength than he is willing to admit, said Amy Walter, national editor of the Cook Political Report.

Walter said Trump is trying to shore up his base, which has been shrinking amid “multiple crises” including the pandemic and economic downturn.

“Rather than trying to claw back the voters they’ve already lost, it’s really about making sure they don’t lose any more,” she said.

Campaign officials have said 9 million Trump voters sat out the midterm elections in 2018, and an army of volunteers has prioritized reaching out to them to ensure they return to the polls in November.

The outcome in key swing states could turn on whether that effort is successful.

But the loss of support for Trump among suburban White voters and seniors could prove to be the more important trend, Wasserman said.

“For every voter that defects from Trump to Biden, he needs to activate two nonvoters to make up for it,” he said.