Bethesda, Md., house was worth the wait 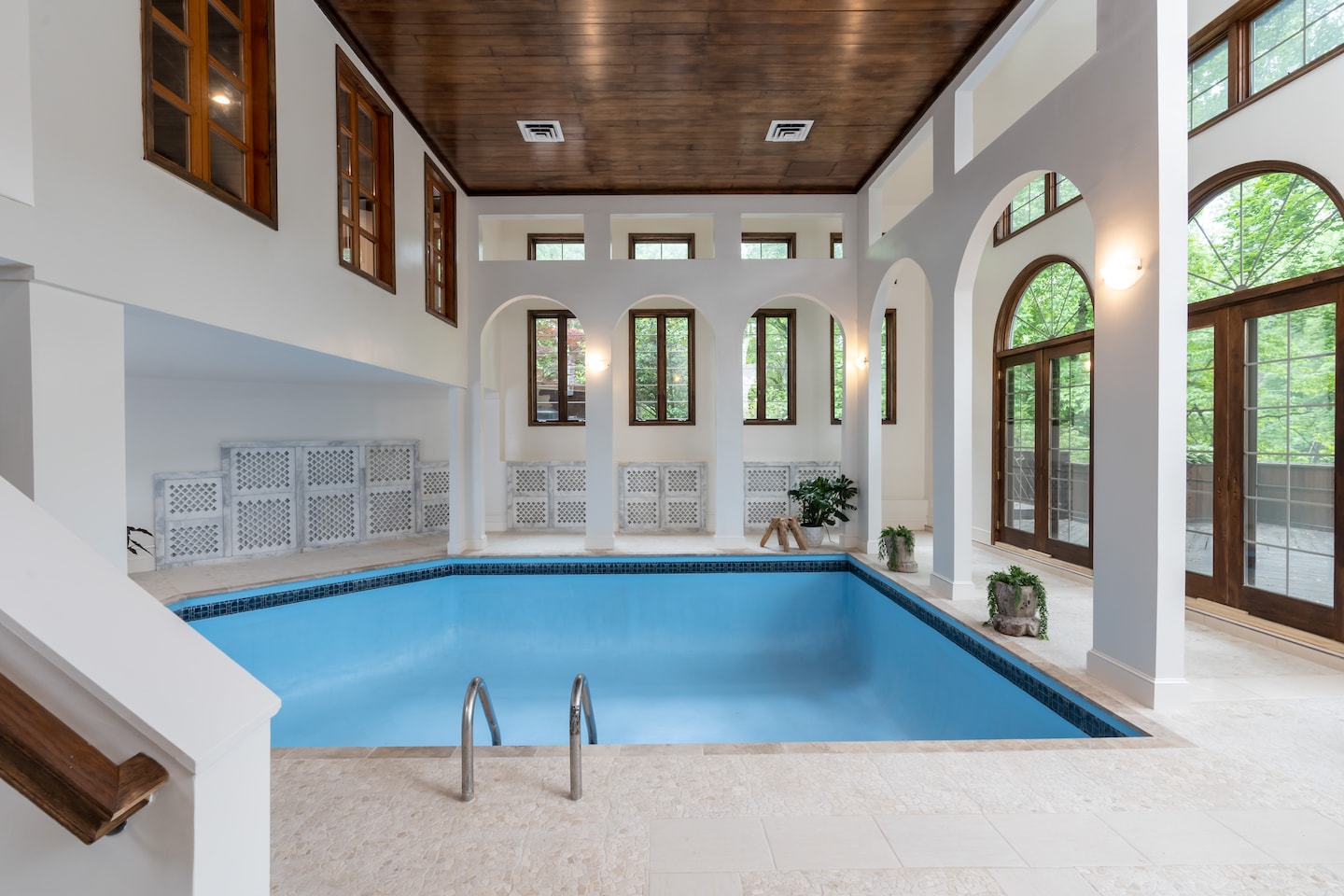 Ayub had bought the 1951 house in 1972. After several years of trying to make do, the Ommayas decided to undertake another renovation.

“We got some prices that were ridiculously high,” Ghazali said. “I said to Ayub, ‘If the construction is anything like what you experienced before, we will not be able to stay in this house for very long.’ ”

shareShare
View PhotosView Photos
Next Image
Bethesda house | The Mediterranean-style house, seen from the back, underwent a complete renovation, which was completed in 2019. It is listed at just under $6 million. (Sean Shanahan)

Ghazali decided the only way to make sure the job was done properly was to teach herself the building trades. She began by enrolling in a carpentry class at Montgomery College — even though her gender, skin color and age set her apart from the rest of the class.

“It was a really nice experience,” said Ghazali, who was 41 when she took the class. “I tell you the people were so kind to me.”

On the first day of class, the teacher asked the students why they took the course.

“I said I’m here because I want to know why people like you charge people like me so much money,” Ghazali said. “He laughed and he laughed. He said, ‘I’ve been teaching for 20 years, and I’ve never had anyone say that to me.’ ”

“I also became an electrician in the process,” she said. “Once I did [carpentry], then I said, ‘Well, I have always been scared of electricity so let me do that.’ When it came down to the plumbing, I started it and gave up.”

“It was an onset of Alzheimer’s, which is ironic because he was a neurosurgeon,” Ghazali said.

At Oxford, as a Rhodes Scholar, Ayub became interested in traumatic brain injury and went on to become an international expert in the field. He “was a pioneering neurosurgeon of Pakistani origin who is widely known for inventing the Ommaya reservoir,” according to a 2017 article in the journal Neurosurgery. The device allows chemotherapy to be administered at the site of brain tumors. He worked as a researcher and clinician at the National Institute of Neurological Disorders and Stroke, eventually becoming chief of neurosurgery. He was also a professor of neurosurgery at George Washington University.

The family moved to Pakistan where Ayub died in 2008. Ghazali remained in Pakistan until 2014 to allow the children to finish school.

When she returned to Bethesda, she wasn’t in a position financially to finish reconstruction of the house, which had sat empty for eight years. Like many widowed and divorced spouses, she was unable to obtain a loan.

“I felt like somebody is just trying to take advantage of me because I’m in this hard place,” she said. “Well, I don’t give up easily.”

After it was suggested that she turn the house into an investment property and apply for a commercial loan, she was able to gain the financing to complete the renovation.

Because of their previous experience, the Ommayas had made sure that this time the house was solidly built. Ghazali also chose exotic and durable materials such as Burmese teak reclaimed from a ship in Pakistan for the windows, steel for the floating staircase, a lapis lazuli sink in the powder room, rainbow stone from India at the entrance and brass entry doors.

“A lot of things I did for us,” she said. Had it been “with the intention of selling [the house], I wouldn’t have done them.”