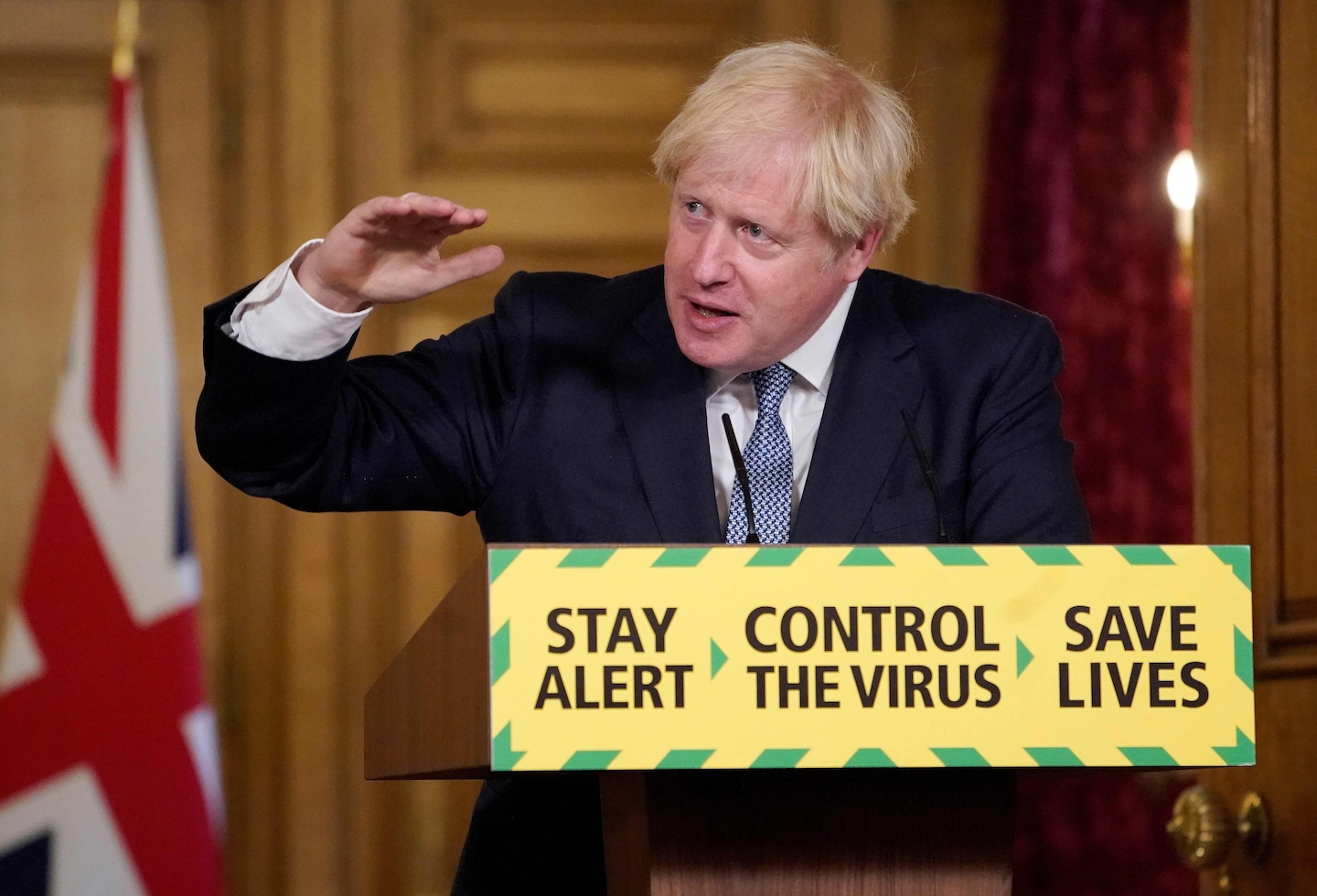 In response to outbreaks, the British government on Thursday night announced new restrictions affecting 4 million people in north England. A ban on gatherings of any size at private homes applies to greater Manchester and parts of Lancashire and West Yorkshire. That means people can’t visit friends’ houses — or even have a one-on-one chat in a friend’s backyard. They can still go to pubs and restaurants, but only with members of their own households.

The prime minister has said he is trying hard to avoid another national lockdown.

But the slowdown announced Friday applies across all of England. The main thrust is that casinos and bowling alleys, shuttered since late March, will have to wait longer before customers are allowed back in. Wedding receptions of up to 30 people and indoor performances will remain banned, despite earlier plans for them to restart on Saturday.

Face masks will also now be mandatory in more indoor settings, such as movie theaters, museums and places of worship beginning Aug. 8. Masks are already mandatory for people in shops and on public transportation.

The British government — along with much of Europe — is worrying aloud about a possible second wave of infections that could overwhelm hospitals during flu season.

In his remarks Friday, Johnson said, “Our assessment is that we should now squeeze that brake pedal in order to keep the virus under control.”

The prime minister added, “The prevalence of the virus in the community, in England, is likely to be rising for the first time since May.”

British Health Secretary Matt Hancock told the BBC that the rising number of cases in north England was due to people visiting friends and relatives.

He emphasized that the new rules on gatherings were not meant to target British Muslims, who awoke Friday to news of the restrictions a day before the annual Eid al-Adha holiday. Traditionally, families and friends gather for large meals during several days of festivities.

The ever-shifting list of government-ordered do’s and don’ts has become somewhat dizzying for Britons. The pubs are open, gyms are not. People can go to the movies, even as the government’s health advisers caution that indoor spaces should be avoided. Schools are still scheduled to reopen here in the fall.

A just-released study by University College London found that fewer than half of 70,000 respondents understood England’s lockdown rules.

The slimmed-down, catchy new slogan from the prime minister is: “Wash your hands, cover your face & make space.” Alongside the obligatory hashtag, #HandsFaceSpace. This replaces an earlier message to “be alert,” which was confusing to many — be alert to what?

In addition to confusing messaging, Johnson’s government has been criticized for a late lockdown on March 23, and over failures to protect people in nursing homes, provide protective gear to front-line medical workers and operate an efficient test, trace and isolate program.

The prime minister’s pullback on reopening comes a day after Britain’s Office for National Statistics reported that England topped Europe’s grim league table for highest levels of excess deaths during the coronavirus pandemic.

That analysis of more than 20 European countries — including the four nations of the United Kingdom — found that England’s death rate was 7.55 percent higher this year through the end of May, compared with its five-year average. Spain was next, followed by Scotland and Belgium.

A few days ago, after outbreaks in Catalonia, Britain reimposed a 14-day quarantine for all travelers from Spain — dashing the plans of many Britons for a holiday in the south.

Several European countries that have had their coronavirus outbreaks under control have begun to see a rise in cases that is feeding fears of a second wave.

France reported a 54 percent rise in new coronavirus cases over the past week, calling it a “marked increase.” German health officials have described new infections there as deeply concerning.

Berger reported from Washington. Antonia Farzan in Washington, Loveday Morris in Berlin and Karla Adam in London contributed to this report.