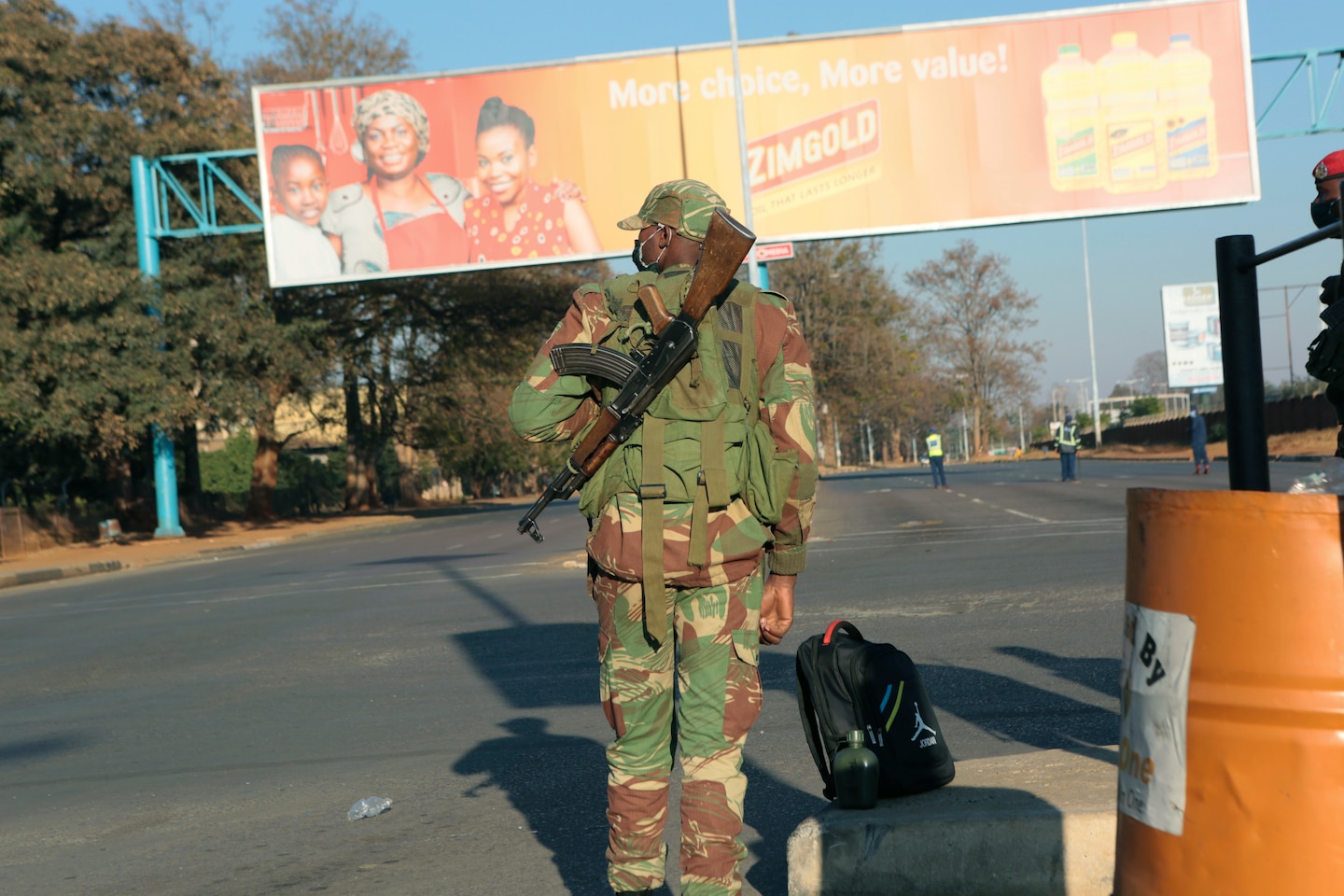 During protests over the alleged rigged counting of votes that brought Mnangagwa a narrow win in elections two years ago, six more were killed when soldiers fired indiscriminately into crowds.

“The town is closed today. Go home. There is no work today,” one red-beret-wearing soldier barked at passersby in downtown Harare. “Only those in uniform are allowed.”

Ahead of Friday’s planned protests, numerous opposition officials, activists and journalists and their family members were detained or arrested by authorities, some of whom allegedly wore plain clothes and did not identify their organization.

Renowned Zimbabwean author Tsitsi Dangaremba, who was included on a long list for this year’s Booker Prize and has been vocal about corruption allegations, tweeted on Friday that she had been arrested. Fadzayi Mahere, a prominent lawyer and the spokeswoman of the main opposition party, was also arrested shortly after posting pictures of herself and others holding placards in a “socially distanced peaceful protest.”

Other activists wrote on social media that they were in hiding, fearing arrest.

Protest organizers lamented the deployment of security forces who seemed to arrest anyone perceived to be participating in any form of dissent regardless of whether they were breaching the ban on gatherings.

“It is clear testimony that Zimbabwe is now being governed by a more polished and entrenched dictatorship,” said Obert Masaraure, a teachers’ union leader and organizer who said he was in hiding. “It follows that we no longer have a social contract.”

On July 20, independent investigative journalist Hopewell Chinono and opposition figure Jacob Ngarivhume were arrested and charged with inciting violence by promoting the July 31 protests. Both remain in jail after repeated delays in their bail hearings. Chinono had played a leading role in uncovering a string of corruption scandals involving government officials.

“The heavy deployment of security forces in Zimbabwe to prevent anti-corruption protests shows clearly that this Mnangagwa regime is not what it often claims to be — a listening administration that abhors corruption,” said Dewa Mavhinga, Southern Africa director at Human Rights Watch. “This repression will not solve the current economic and political crisis in the country.”

Zimbabwe is in the throes of its worst economic crisis since 2008, when inflation spiraled out of control under Mugabe. In echoes of that time, inflation has reached 700 percent, and essential goods such as oil, soap, medicine, gasoline and even currency are in extremely short supply. Hospitals are operating on shoestring budgets, and staff have gone on repeated strikes due to lack of pay and protective gear to care for coronavirus patients.

The pandemic has been slow to take hold in Zimbabwe, although as new case numbers have risen in recent weeks the government has reimposed a curfew and a ban on gatherings. Police cited the latter as justification for cracking down on Friday’s planned protests. Fewer than 50 people have died of covid-19 in Zimbabwe, according to government data.

Earlier this week, the coronavirus claimed its highest-profile Zimbabwean victim: Perrance Shiri, agriculture minister, longtime air force commander and head of the Fifth Brigade, an army unit that was accused of genocide in the region of Matabeleland in the mid-1980s.

On Thursday, the World Food Program asked for $250 million for Zimbabwe, saying that 60 percent of the country’s population was on the brink of becoming “food insecure.” The agency attributed some of the crisis to the pandemic, which it said was causing job losses and driving unemployed citizens back to villages hurt by climate change.