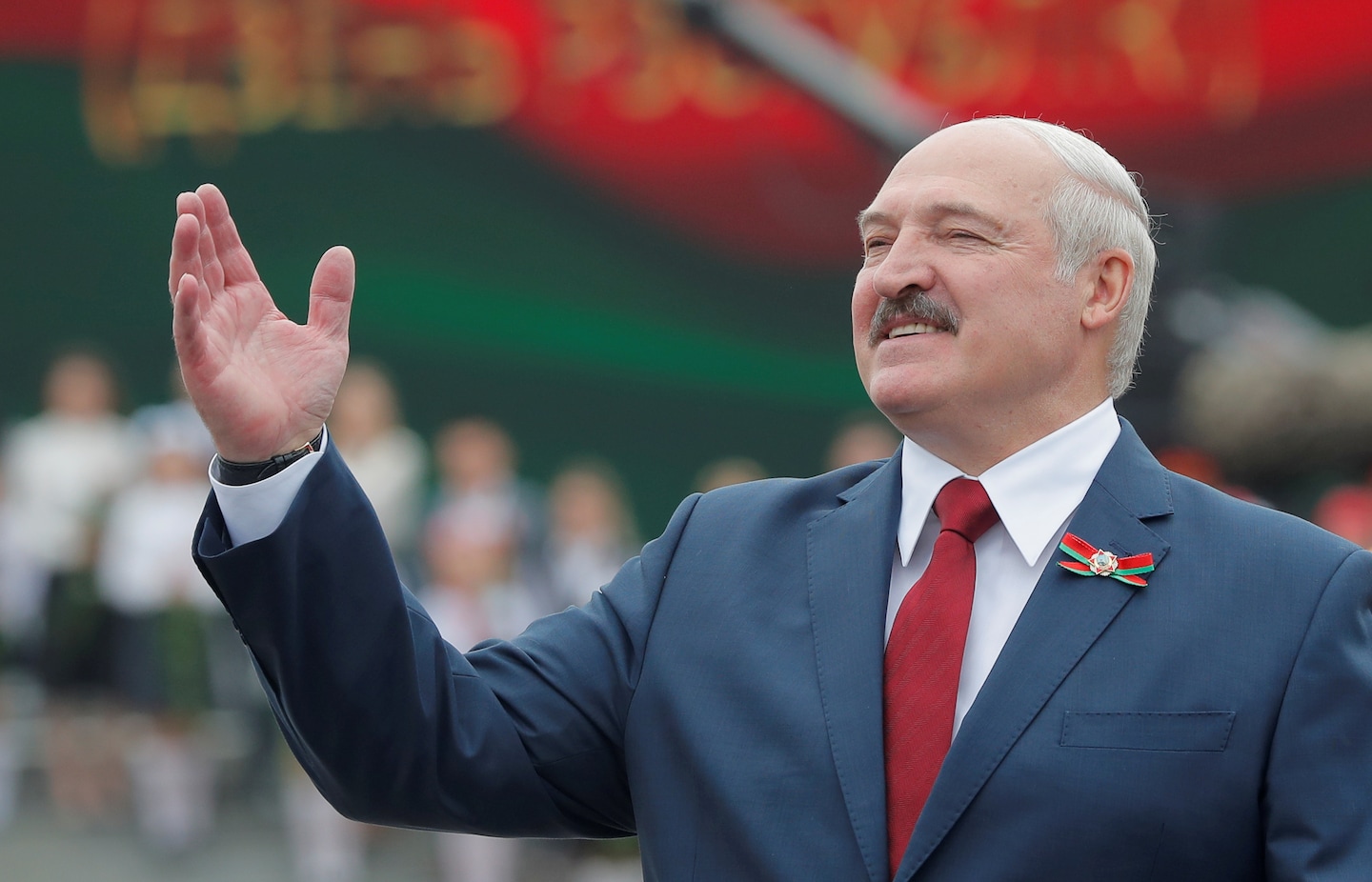 The detentions on Wednesday also have expanded an unusual run of tension between Belarus and Russia, once tight allies that have drifted apart as Belarus’s president, Alexander Lukashenko, tests policies independent of Moscow’s backing.

The rare friction with Russia is now part of the backdrop for an Aug. 9 election that is expected to extend Lukashenko’s 26-year authoritarian grip on power.

But Lukashenko also appears to be using the showdown with Moscow to bolster his populist credentials and try to discredit the opposition candidate Svetlana Tikhanovskaya, a newcomer who has led a surprisingly strong campaign.

Belarus claims — without making any evidence public — that the alleged mercenaries are part of Russia’s shadowy Wagner Group paramilitary outfit and were sent to Minsk to destabilize the country ahead of presidential elections.

Analysts have expressed doubts about Belarus’s claim. It’s more plausible, they say, that Minsk was just being used as a transit corridor. Lukashenko’s critics have portrayed his allegations as a ploy for personal political gain.

“Goodness me, what revolution? We want honest elections,” Svetlana Tikhanovskaya said at a Minsk campaign event on Thursday night that drew an estimated crowd of more than 60,000, believed to be the largest political rally in Belarus since 1991.

“No one will believe that these militants were dispatched to us in time for the election,” she added.

Wagner has been tied to Russian oligarch Yevgeniy Prigozhin, a close ally of President Vladimir Putin, and its mercenaries have fought in armed conflicts to advance Russian interests in eastern Ukraine, Syria, Libya and elsewhere. The Kremlin officially denies any connection to Wagner.

Dmitry Peskov, the spokesman for Putin, said the men were in Belarus as a stopover to Istanbul because commercial flights out of Russia remain limited because of coronavirus restrictions.

“The unfounded detention of Russian citizens, 33 citizens, does not fully fit within the parameters of allied relations, that’s for sure,” Peskov said, adding that the Kremlin expects the men to be released “in the near future.”

As Russia intensified its push last year to form a unified state with Belarus — and Lukashenko resisted — a rift developed between the two countries.

Moscow responded by threatening Minsk’s discounted deal on oil, so Lukashenko sought out supply elsewhere in an effort to become less reliant on his Russian counterparts. Now confronted with a rejuvenated opposition movement, he’s repeatedly attempted to deflect domestic unrest onto foreign meddling — by Russia, in particular.

Artyom Shraibman of Sense Analytics, a Minsk-based political consultancy, said that this incident demonstrates a further “erosion of trust” because collaboration between the countries’ security agencies “was considered the sacred cow of the union.”

“Russia and Belarus could argue about economics, oil and gas, but cooperation between intelligence services was always seemingly perfect,” he added.

If the Russians were indeed just traveling through Belarus and didn’t warn Belarusian authorities, it’s “an unprofessional lapse in communication” on Moscow’s part, Shraibman said, but if Minsk was aware and arrested the men anyway, “that’s next level challenging to Belarusian-Russian relations.”

“Now it all depends on how much restraint the sides will show,” he said.