The case for Trump will come down to his record. It’s a strong one. 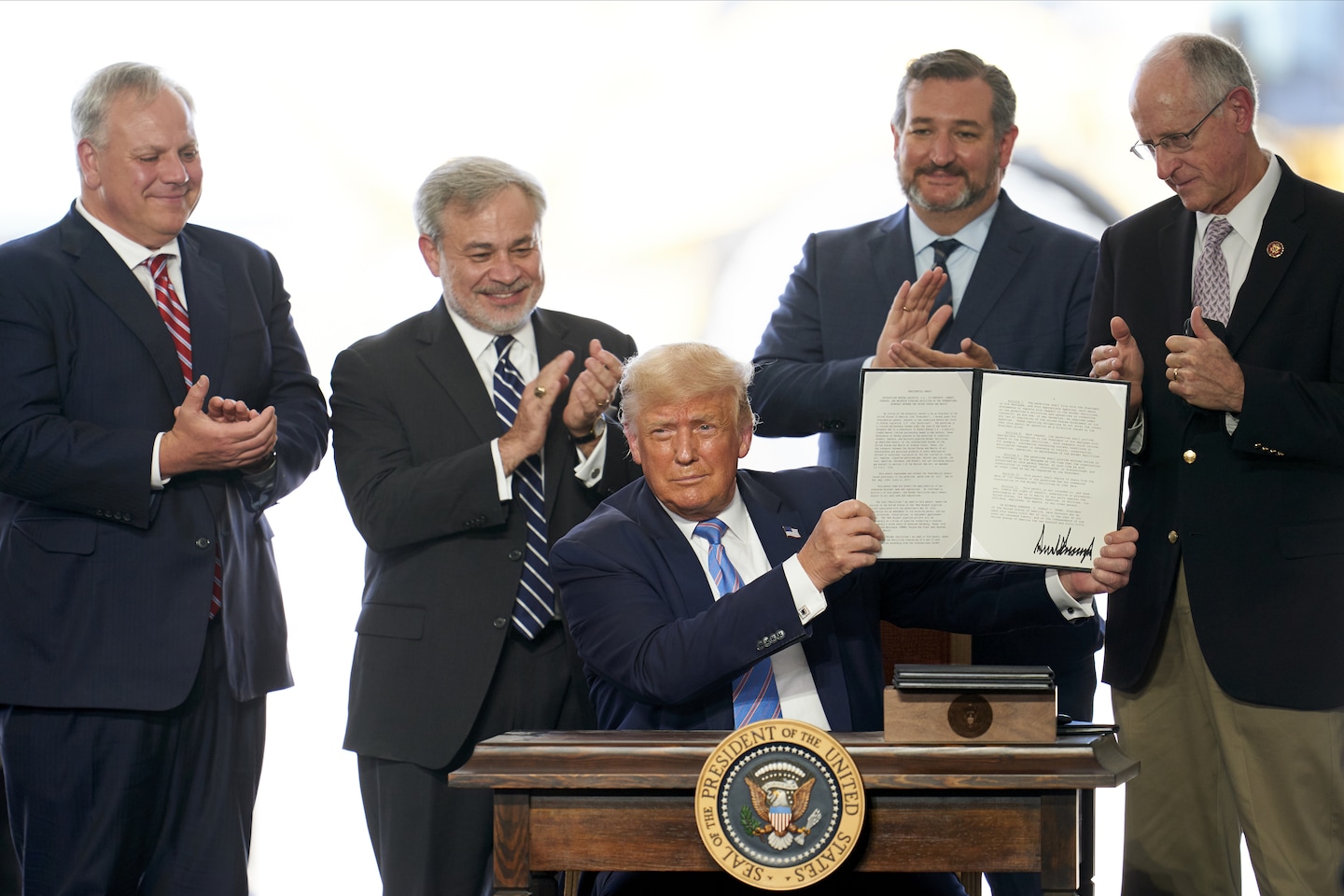 Trump’s tax cuts, along with the massive deregulation he orchestrated, led to 3.5 percent unemployment until the regime in Beijing acted with criminal recklessness toward a virus that has devastated the world. Economic recovery depends on those rule rollbacks, and not just grotesque overreaches such as the Clean Power Plan and “Waters of the United States” rule, but on hundreds of other intrusions into the private businesses and onto the private property of Americans.

Trump took a military operating in President Barack Obama’s last years at about $600 billion and moved that budget by his third year to $738 billion, with more in the budget coming soon. The Navy necessary to meet China on the high seas, all 355 ships of it, is being planned and built.

Trump tore up the so-called Iran nuclear deal, which was a tower of absurd hopes built on a policy of appeasement and a foundation of hostility to Israel.

Trump moved the U.S. Embassy to Jerusalem and blessed Israel’s necessary annexation of the Golan Heights. His peace plan is the closest to reality of any since Oslo.

Trump took the United States out of the unbalanced, absurd, doomed-to-fail Paris Climate Agreement and has instead focused on and delivered American energy independence. People have real job security in Pennsylvania as a result, if not in jetting off to Paris for follow-up seminars.

Trump ordered Iran’s master terrorist, Gen. Qasem Soleimani, killed, accomplished the complete physical destruction of the Islamic State caliphate and successfully hunted down its terrorist chieftain, Abu Bakr al-Baghdadi. The former was never contemplated by Obama, the latter couldn’t get done by him even though his scampering from Iraq in 2011 led to the rise of Islamic State and its thousand barbarities. The Syrian butcher, Bashar al-Assad, has twice used chemical weapons and twice had cruise missiles remind him that the red line is back and is real. Russian mercenaries attacked U.S. troops in Syria and were mowed down. Not an American was killed. Those are “Trump rules of engagement.” Even Cuba is back in its box, joined there by Venezuelan dictator Nicolás Maduro.

At home, Trump pushed through the long-overdue justice reform legislation and the reorganization of Veterans Affairs, and, this year, the Great American Outdoors Act that fully funds the Land and Water Conservation Fund. House Democrats passed a piffling bill when covid-19 arrived, while Trump, McConnell and Senate Republicans advanced the innovative and massive Paycheck Protection Program that kept the U.S. economy from collapsing even as it contracted by nearly 10 percent in the second quarter as the China’s principal export, covid-19, ravaged the country.

Trump got his United States-Mexico-Canada Agreement, replacing the North American Free Trade Agreement. From dairy farms in Wisconsin to border businesses in Arizona, the USMCA was a huge win for the United States. Trump doesn’t want to deport the “dreamers” and won’t, but his deals with Mexico, El Salvador and Guatemala have helped stem a flow of illegal entries into the United States that Obama was helpless to halt.

While establishing himself as the most accessible-to-the-media president in modern times, Trump has also stripped off the veneer of objectivity from the “fake news.” “Blue Bubble” journalists are the last to know the contempt in which they are held beyond the Acela corridor and outside Silicon Valley and Hollywood. They mistake their small audience share for success. In fact, most of America would rather watch a mystery poetry slam than their “news.” Trump hammered that home, and journalists hate him for it. In turn, Blue Check Twitter confirms the contempt that “elites” feel for more than half of America.

Trump’s brawling, slugging, tempestuous approach to everything in every hour has worn down many, but his road is marked by these accomplishments. Former vice president Joe Biden’s near-50-year run in government is marked by . . . well, you fill that in. Polls say Biden is far ahead. We shall see.

There’s an aesthetic critique of Trump that has convinced elites that he must be beaten, that he is cruel and beneath the office. But Americans want their jobs and security back. They like the police. And, yes, most of the time they mostly admire Trump’s style and, almost always, his results.