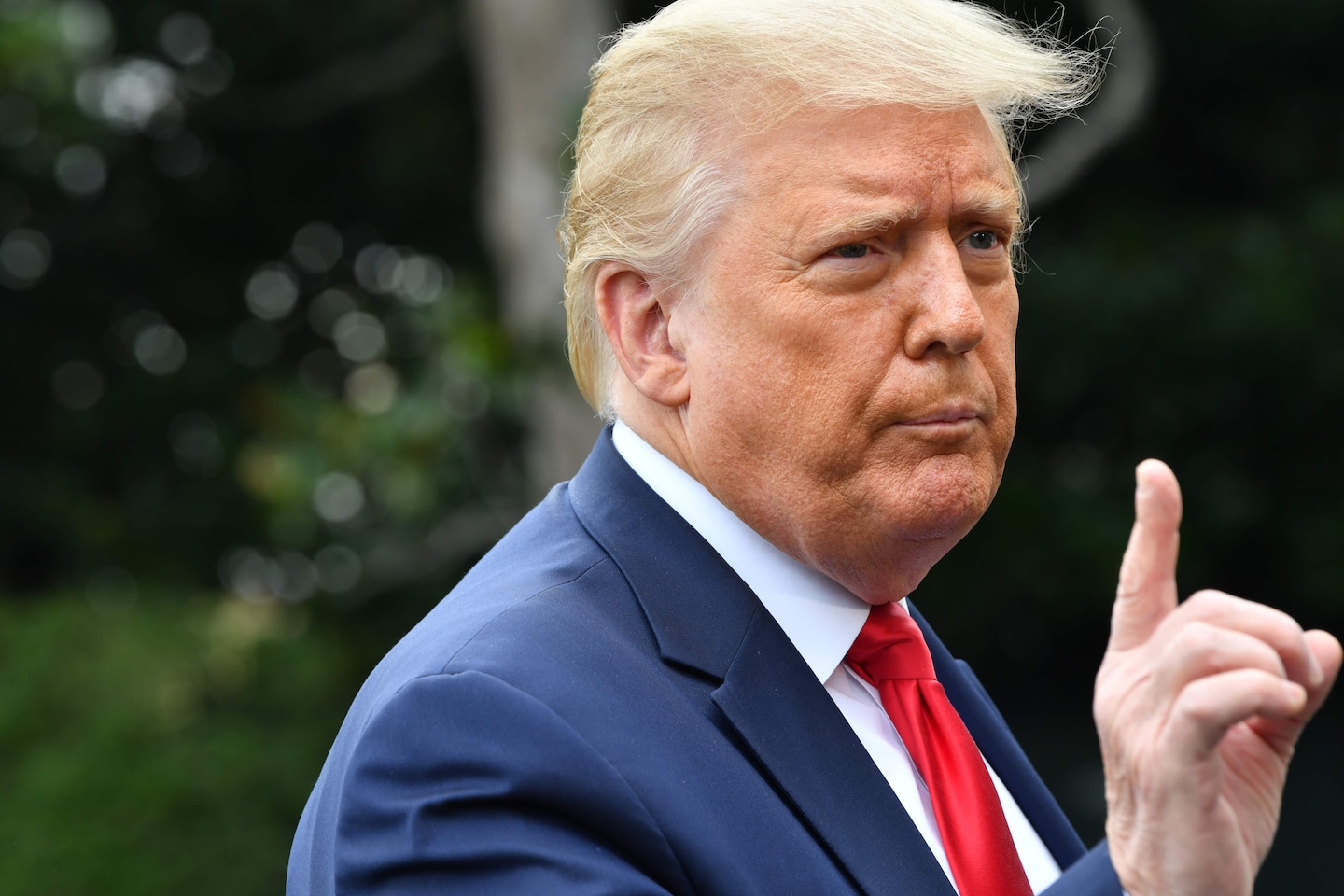 It’s not clear what steps the administration could take without the help of Congress on issues such as lapsed enhanced unemployment benefits or the expired moratorium on evictions — the two matters President Trump has recently identified as his highest priorities in the ongoing talks. Both of those programs were authorized by Congress earlier this year but were designed to be temporary.

Throughout his presidency, Trump has pushed the boundaries on executive power, with steps such as declaring a national emergency at the U.S.-Mexico border that he said allowed him to redirect Pentagon money to build a wall. His administration also has been aggressive in attempting to “reprogram” money by trying to move it from one account to another without congressional approval.

The two people spoke on the condition of anonymity to discuss sensitive talks.

The White House’s strategy in the negotiations has shifted multiple times in the past few weeks. Democrats passed a $3 trillion package in May that included an extension of unemployment benefits, new stimulus checks, aid for states and localities, and various other programs. The White House expressed opposition to that bill but did not begin negotiations with Democrats until recently. It also took the White House much longer than expected to broker a unified Republican proposal with the Senate GOP after blowback on several of the White House’s ideas.

The possible new White House tactic comes even as talks continue between top Trump administration emissaries and congressional Democrats. But because Republicans declined to negotiate over the summer, the talks only started in earnest last week and the two sides remain far apart. Democrats are holding out for a $3 trillion bill that would address an array of health-care and economic needs, while Trump administration officials have been pushing for a stopgap bill that would address just a handful of issues, including expired unemployment benefits and evictions.

Despite intense partisanship on Capitol Hill, Congress often manages to act when forced to by a deadline. But lawmakers did not reach a compromise ahead of the expiration of enhanced unemployment benefits for about 30 million workers at the end of July. The partisan divisions and policy disagreements have intensified as the November elections approach, and the bipartisan spirit evident in the negotiations earlier in the year has disappeared.

This is one of the variables guiding the White House’s decision to explore unilateral actions. The people briefed on discussions said talks were preliminary and no final decisions had been made. The preferred path is still to make a deal with Congress.

Stephen Moore and Phil Kerpen, two outside economic advisers to the White House, published a Wall Street Journal opinion piece on Sunday urging Trump to declare a “national economic emergency” and announce that the Internal Revenue Service would temporarily defer the collection of payroll taxes. The effect would be to cut payroll taxes for workers, something Trump has long sought, although the legality of such a maneuver could come under immediate attack.

It was not clear whether this idea was under serious consideration among administration officials.

The four met multiple times last week, including on Saturday, when they emerged from a lengthy meeting suggesting that they’d made some progress. But Pelosi, Mnuchin and Meadows all appeared on talk shows Sunday morning and indicated they were not close to a deal.

“We still have a long way to go,” Meadows said on CBS’s “Face the Nation.” “I’m not optimistic that there will be a solution in the very near term.”