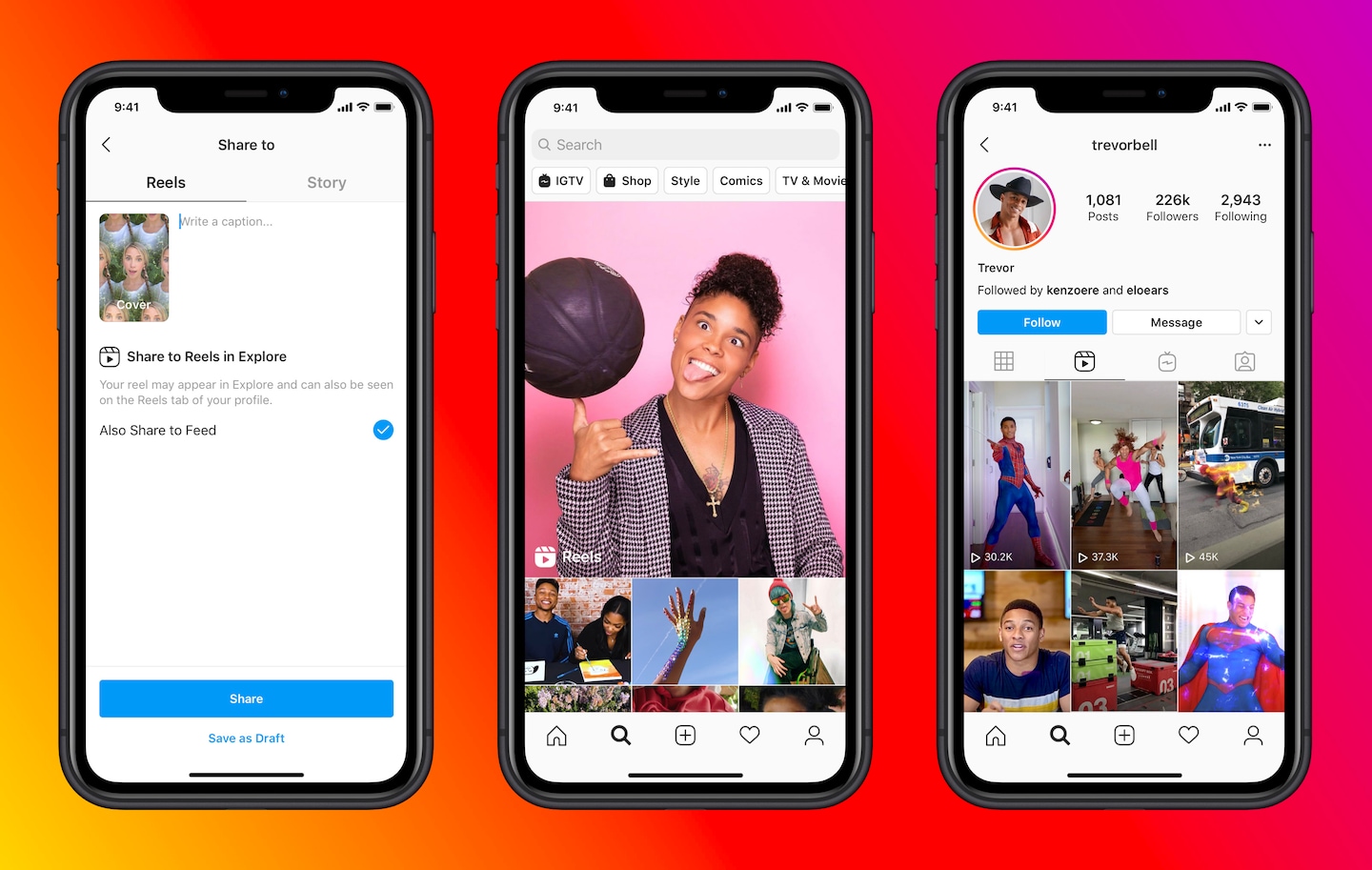 Just like TikTok, Reels lets users shoot and edit videos, add music and scroll through a feed of others’ clips. The biggest difference seems to be length of video — TikTok allows videos up to 60 seconds, and Instagram caps them at 15 seconds.

The timing of the launch is coincidental, said Instagram’s product chief, Vishal Shah, and the feature has been in development for more than a year. Shah conceded TikTok had done “amazing work” but said it did not invent the short-form video market.

“Inspiration for products comes from everywhere,” he said. “We’ve been very clear in products in the past that were inspired by other companies, too.”

Instagram and its parent, Facebook, have a long history of successfully remaking products introduced by others, tweaking them and releasing them to great popularity. Facebook’s On This Day feature is reminiscent of one first launched by TimeHop. The company’s Messenger Rooms video chat feels like a cross of Zoom and HouseParty. Most notably, Instagram Stories debuted in 2016 as a virtual mirror of rival Snapchat’s stories feature.

Facebook has faced criticism for years over copying others, something that bubbled up again last week when Rep. Pramila Jayapal (D-Wash.) grilled Zuckerberg during the antitrust hearing. Jayapal pulled up receipts of old email exchanges in which the CEO told an Instagram founder he was building a copycat camera service as he tried to buy Instagram. She asked whether Facebook copies from its competitors. Zuckerberg didn’t directly answer her question.

Reels will feel different from TikTok, Instagram’s Shah said, and will be tied to the Instagram system as a whole, a valuable proposition for creators who already have big followings on the app.

TikTok has already called out Facebook for building Reels, which went live in Brazil late last year. TikTok CEO Kevin Mayer wrote in a blog post that the company welcomes competition from Facebook, even as he threw a slight at the company.

“To those who wish to launch competitive products, we say bring it on,” he wrote.

TikTok has been the target of mounting attacks from President Trump and some of his supporters over concerns that the company is feeding U.S. user data through its Chinese parent company to China’s government. TikTok has continually insisted it is not handing over data to the Chinese government and it stores American customers’ data in the United States.

“Social networks are not a zero sum game in which if one social network wins, the others automatically lose,” she said in an email. Facebook will “continue to throw everything at the wall to see what sticks because they have the resources, R&D power, and (at the moment) time.”

Instagram still might have a tough time convincing adamant TikTok stars to fully switch over. Influencer and actress Carrie Berk, who has nearly 560,000 followers on TikTok, said she will not leave the app unless she is forced to.

“Obviously, I love TikTok, I’m going to stick with it until the very end,” the 17-year-old said.

But Berk also understands the power of Instagram, where she has 340,000 followers, and she does plan to use both. She’s already been testing Reels and said it seems promising, though she can’t tell how well videos are performing because the product hadn’t yet been available to the public.

The editing and music tools are similar to TikTok’s, she said, and familiar to using Instagram Stories. TikTok has the advantage of having an endless flow of hashtags that people use to quickly discover new videos, she said.

“TikTok allows you to explore a wider audience,” Berk said.

Shah said Instagram is also positioning Reels for creators to get discovered and plans to make it easy for people to find new videos, not just see posts from accounts they follow.

Staying within Instagram is a huge draw, said the Rev. Jim Keat, the digital minister at Riverside Church in New York City. Keat works on digital content for faith-based organizations and sees Reels as a promising way to reach his community where they already are — Instagram.

“With Instagram Reels, it integrates into an ecosystem I already use on Instagram,” he said. “I don’t have to think about building new followers or people.”

“Instagram is good at not just borrowing (features), but also finding whatever the consumer didn’t like and finding a way to make it better and make it more seamless,” she said. “And the average consumer is all about convenience.”