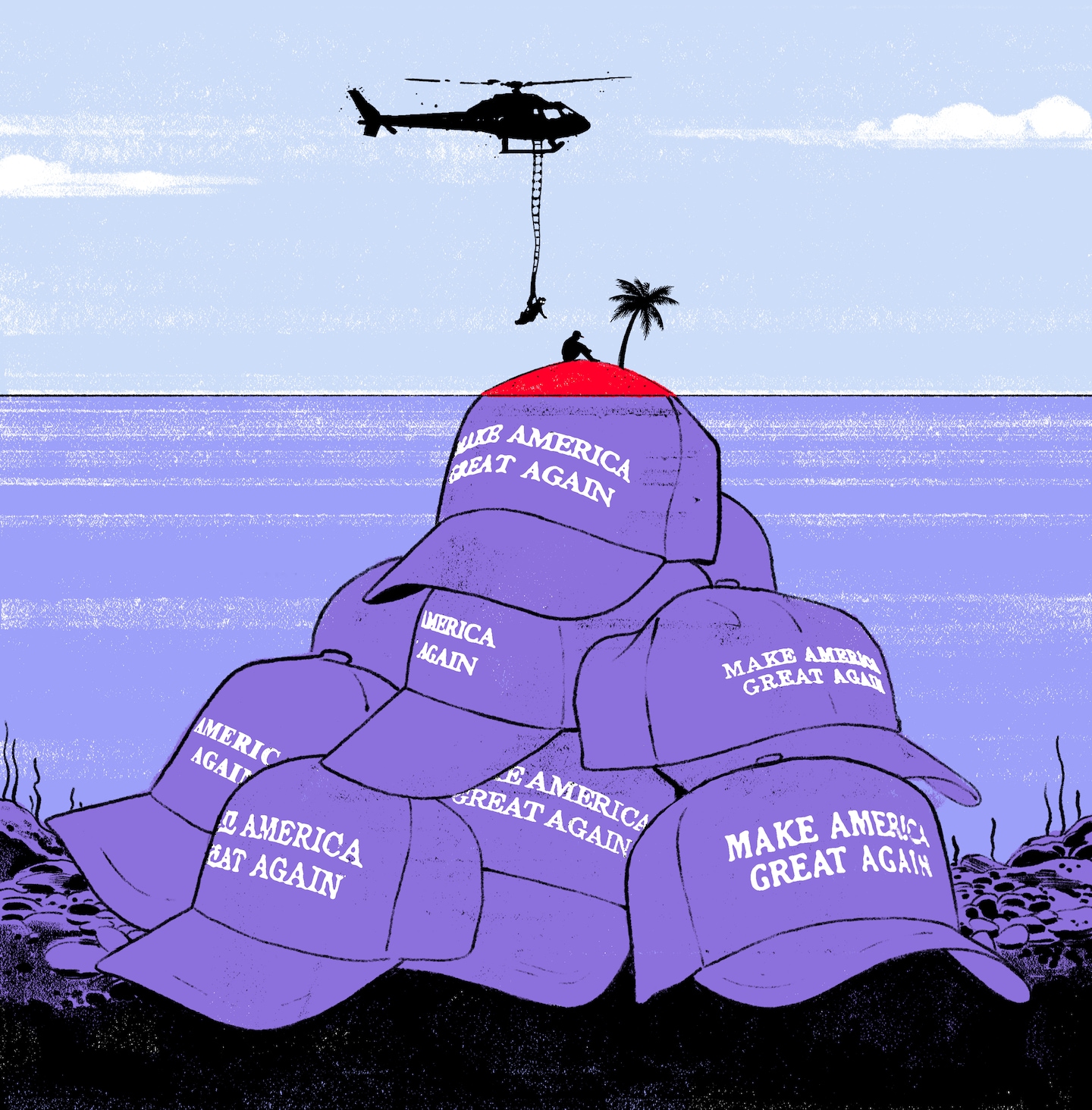 A stench of defeat is in the air, and it smells like 150,000 corpses. Public invective has been intense. As always, liberal pundits have been piling on, but even the reliably conservative media are now turning on Trump, sometimes in astoundingly direct ways. The gentlemanly George Will, a historian of some repute, was never a big fan of Trump. But of late he has been writing in battery acid. He decried Trump’s “incontinent” bluster and called him “the most frivolous person ever to hold any great nation’s highest office.” This is quite remarkable considering that the Roman emperor Caligula is said to have turned his palace into a brothel and made his horse a priest.

Mr. Will also called the Trump administration a “gangster regime,” which is a term most often applied to North Korea, which has arrested politicians for falling asleep in meetings and punished this transgression by exploding them with antiaircraft guns.

In a column headlined “The king of lies,” conservative columnist Michael Gerson writes: “The president is a bold, intentional liar, by any moral definition. A habitual liar. A blatant liar. An instinctual liar. A reckless liar. An ignorant liar. A pathological liar. A hopeless liar. A gratuitous liar. A malevolent liar.”

The point, Trump voters, is that it is pretty evident that you made a colossal error in judgment four years ago. But I am not here to castigate you. I am not going to treat you like imbeciles or wayward children. I am here to gently persuade you not to make the same mistake again, and I am going to do it with respect and compassion — not by emphasizing our differences but by pointing out our common humanity.

We all make mistakes. At the age of 20, for example, I swallowed two horse tranquilizers — we did things like that back then — and nearly died. For six hours I attempted to sit in a beanbag chair but kept sliding to the floor. More recently I panicked that the stock market was too inflated and removed all my investments for a month that turned out to be the greatest month in the history of the New York Stock Exchange. So. You may not be geniuses, but I am not one either.

I do think I understand why you voted for Trump, and I sympathize. Four years ago, things were very different in America, and certain people — people like you, for example — might have concluded that after eight years of having an elegant, erudite, sophisticated Black guy in charge, it was time to give a semiliterate, infantile, racist boor a shot. Those of you who have been supporting this president often say, “At least he’s not a politician.” With all due respect, that’s like putting your money on a chicken in the Kentucky Derby because at least he’s not a horse. What happened was no more predictable than Halley’s comet. Fine. A mistake.

But okay. It’s now four years later, and we all have a chance to redeem ourselves. This is by far the most consequential election of my lifetime, and possibly since the election of Abraham Lincoln, a man with whom your 2016 candidate often compares himself favorably. And I can accept that. In the genuine hope of comity and agreement, I will concede that Trump is indeed similar to Lincoln in the fact that both are male humans, and both are the color of a penny.

Okay, that’s it. I hope I have persuaded you. The future of the nation depends on your changing what can charitably be called your “minds.”

Tranqs for your attention to this matter.