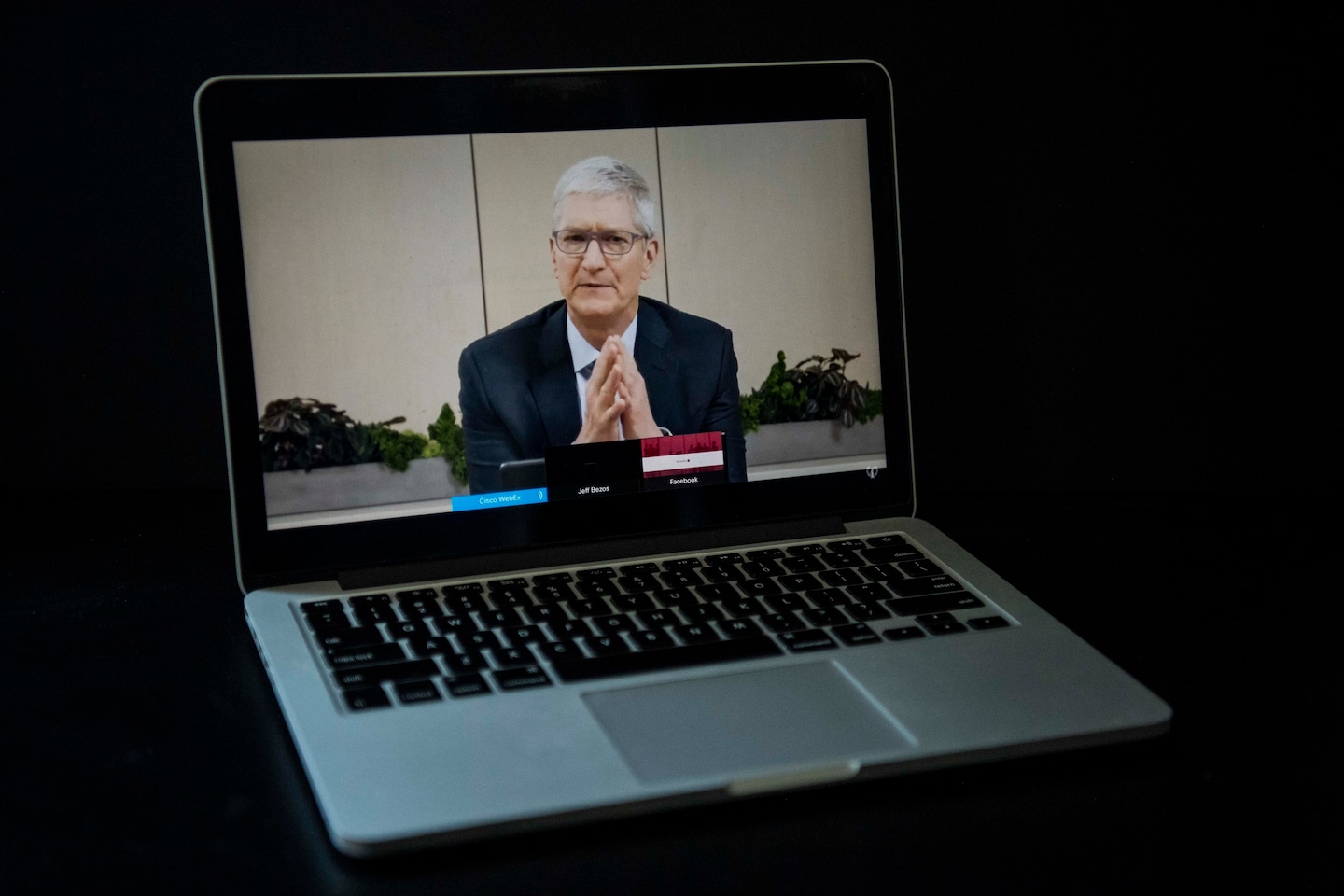 The Dow Jones industrial average has great mind share: When someone asks me how the market is doing, I usually answer by citing the Dow. But the Standard & Poor’s 500 index has over 150 times as many dollars tied to it as the Dow — $4.59 trillion compared with $28 billion, according to S&P Dow Jones Indices.

So let’s have some fun with numbers and see what the Apple stock split tells us about the differences between the Dow Jones industrial average and the Standard & Poor’s 500 index as market indicators. And I’ll try to tell you why that matters not only to market junkies but to us average retail investors.

“It’s similar in nature to cashing in three-quarters of your Apple profits, reallocating them to the other 29 issues and keeping a quarter of the Apple shares you have,” says Howard Silverblatt, senior index analyst at S&P Dow Jones Indices.

Here are the numbers. On July 31, Apple accounted for 3,271 of the Dow’s 26,428 points. Had the split been completed that day, it would have accounted for only 788 points, but the Dow would have stayed the same. Apple’s loss of almost 2,500 points would have been split among the other 29 Dow stocks.

Does that make any sense to you? Not in the real world. But it’s how things work in Dow World — though not in S&P World.

The key to understanding this distinction — and the difference that it makes to you as an investor — is the word “average” in the Dow and “index” in the S&P 500.

People often call the Dow an index, but it’s actually an average based on 30 companies’ stock prices. The S&P is an index, based on companies’ total stock market value.

The Dow, created in 1896, was calculated by adding up the prices of all its stocks and dividing that sum by the number of stocks. (The formula is slightly different today — it involves something called the Dow Divisor, which I won’t bore you by explaining — but the underlying process is basically the same.)

The S&P, started in 1957 with 500 stocks, is an entirely different animal. It’s based on the stock market value of its components without regard to their share price.

Why did it take so long for what has been one of the preeminent stocks of our time — its occasional hiccups notwithstanding — to become part of the market’s best-known indicator?

It’s because Apple’s stock price got very high. Since the Dow is calculated by using stock prices, the selection committee prefers not to have any stocks whose very high or very low prices are out of sync with the other Dow issues.

As Apple began to coin money, its stock price soared to the point that it was way too high to be added to the Dow. But in 2014, Apple split its stock 7-for-1.

When the Dow added Apple in 2015, its stock was selling for about $120, which fit in the price range of the 29 other stocks.

Absent the 7-for-1 split, Apple would have been selling at about $850 a share. And there’s no way the Dow selection committee would have added Apple to the average, because it would have had vastly more weight than any of the 29 other stocks.

Just as there’s no chance of the committee adding Amazon (about $3,100 a share when last I looked) or Google parent Alphabet ($1,475) to the Dow now.

Let me offer you some dramatic numbers involving Apple’s looming stock split that show why there’s tons of investors’ money tied to the S&P’s performance but virtually none to the Dow’s.

In an S&P index fund, a dollar Apple change would count almost 70 times as much as a dollar Travelers change. But in a fund tied to the Dow — notice that I’m not saying “indexed to the Dow” — a dollar change in either stock price would count the same.

I don’t know about you, but I wouldn’t put a penny into a fund that worked that way, while I’m comfortable putting money into a low-cost S&P index fund, which is my single largest investment. (Second largest is a low-cost total stock market index fund.)

So my advice to you, based on everything I’ve told you about Apple’s upcoming split, is that it’s fine to have fun watching the Dow and talking about its big point swings. But the S&P 500, boring as it is, is the indicator that really matters.