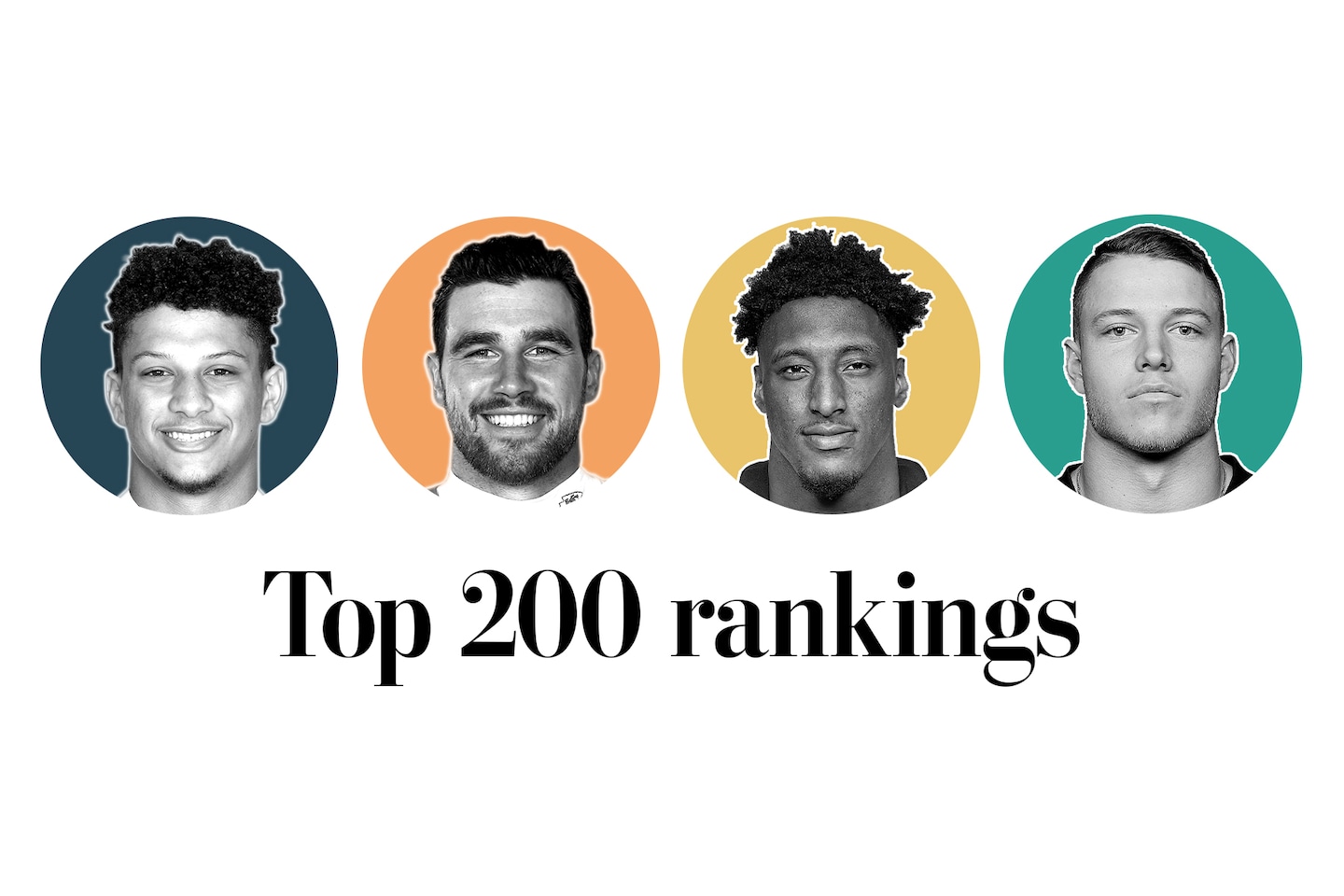 These projections, which use point-per-reception (PPR) scoring, are adjusted for injury risk, positional scarcity and strength of schedule. For those who sweat the nitty-gritty, you can read more about the methodology here, including how the players are ranked.

The top pick, of course, is Carolina running back Christian McCaffrey, who had the second-best fantasy season in NFL history last year. McCaffrey has little injury risk (he has never missed a game); is in his prime (he turned 24 in January) and gets a massive workload for the Panthers, which should continue with Teddy Bridgewater at quarterback and under new head coach Matt Rhule.

Next up are a pair of workhouse running backs from the NFC East — Saquon Barkley and Ezekiel Elliott — followed by the first wide receiver, Michael Thomas, who set the NFL’s single-season receptions mark with 149 last year. These rankings include three other receivers in the first round, while the top two rounds include just one quarterback (Patrick Mahomes, at No. 10) and one tight end (Travis Kelce, No. 20).

These rankings will continue to update as draft season approaches, although with no scheduled preseason games and a disjointed training camp routine, there might not be as much movement as in previous summers.

Just remember, these rankings are based on our 2020 projections, which are adjusted for strength of schedule and positional scarcity, so some players will have more or less projected value than the public perceives. Use this to your advantage, and have fun. Unless you’re drafting against us.