Running more than ever before? Here are tips for doing it safer and better. 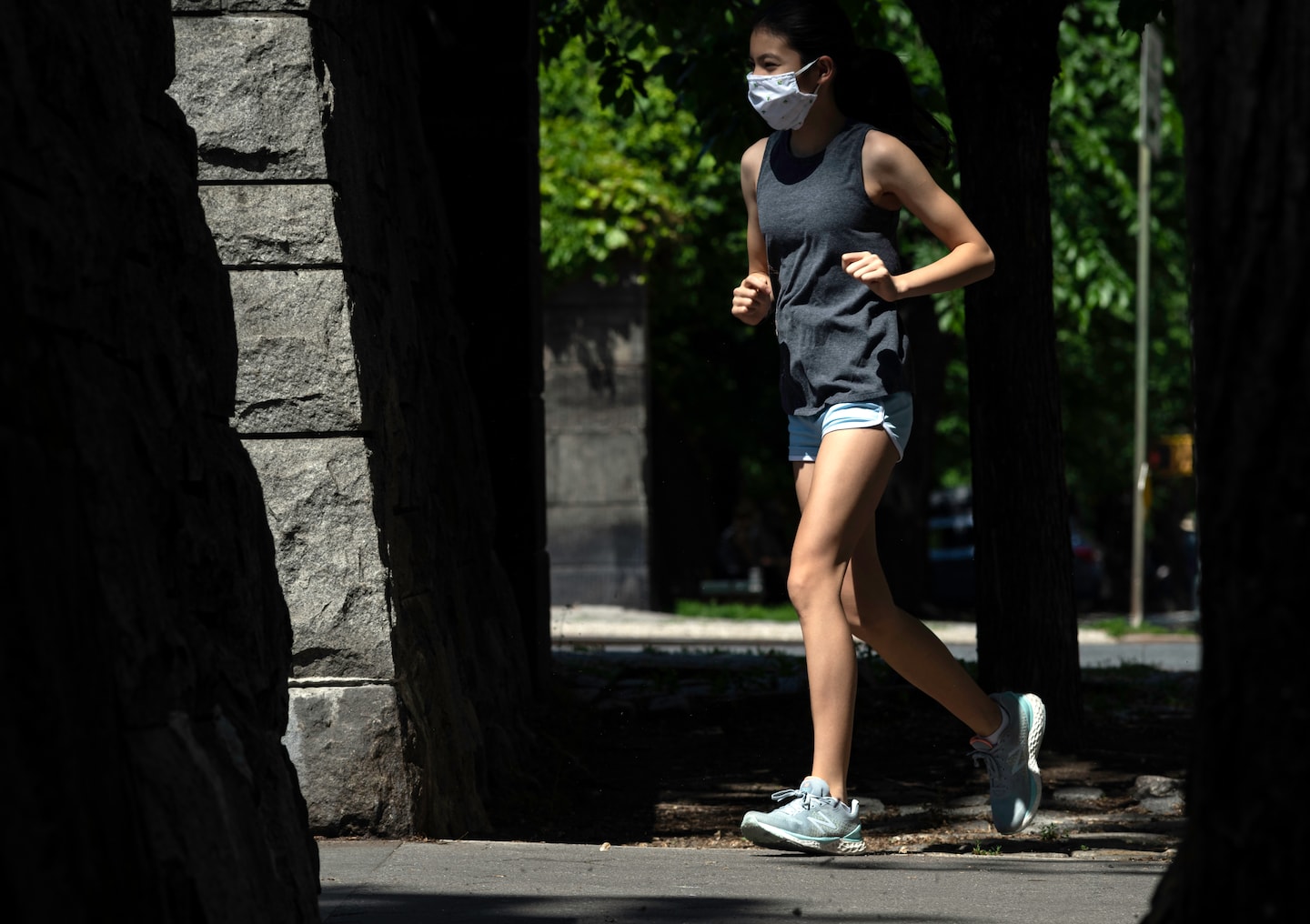 This is a promising trend, as a separate paper, published earlier this year in the Journal of Sport and Health Science, concluded that regular, moderate-intensity exercise reduced morbidity and mortality from respiratory illnesses, including covid-19, the disease caused by the novel coronavirus. One important caveat: Exercising to exhaustion can temporarily increase one’s infection risk and worsen symptoms of existing infections.

All of which offers a convenient excuse to explore a couple of my long-held questions: Am I harming my muscles, bones and joints from all this extra mileage? And am I getting any better at running simply by doing it a lot?

The answer to both: not necessarily.

It’s well-established that any regular exercise that elevates our heart rate for 30 to 60 minutes (or more) conveys a host of benefits, from reduced risk of heart disease and some cancers to improved mood. And most data show that running helps keep joints lubricated and, via blood flow, transfers nutrients into the cartilage, says William Roberts, director of the sports medicine program in the University of Minnesota’s Department of Family Medicine and Community Health.

But according to Max Paquette, associate professor of exercise, sport and movement sciences at the University of Memphis and one of the authors of the running-during-coronavirus survey, “running stresses muscles, tendons and bones, and all three need to be resilient to handle that load.”

Protecting your muscles, tendons and bones

The way to build that resilience, he says, is strength training.

For those who know how to lift weights with proper technique, Paquette recommends working on all major muscle groups, starting with slow lifting of relatively heavy weights and few repetitions. For example, begin with three sets of six to eight reps with a weight that’s around 60 to 70 percent of your maximum — that is, what you could lift only once. (He says it’s fine to estimate this weight, as most people won’t know it.)

Once you’re comfortable with that routine, Paquette says to advance to four to five sets of only two to four reps, using a weight that’s 85 to 90 percent of your max. Beginner lifters should start with a weight they can lift 12 to 15 times before fatiguing.

If you don’t have access to weights, Paquette recommends getting creative — by using a laundry basket full of books, for example, or gallon jugs filled with gravel — or doing traditional body-weight exercises, such as squats, lunges, push-ups and pull-ups.

“Heavy lifting really increases tendon health,” specifically by making them stiffer, says Paquette, who also has coached professional and amateur runners. Contrary to what I had assumed, stiff tendons are good. They act like springs — as muscles contract, they pull on the tendons — and “loose springs” force our muscles to work harder. Paquette says loose tendons help explain why some older runners find it much harder, for example, to run an eight-minute mile now than 15 years ago. Numerous studies also show that strength training can increase bone density and lower the risk of osteoporosis.

Paquette advises runners, and especially those in middle age and older, to focus on strengthening their calf muscles, starting with doing seated calf raises while holding a weight on the knee, then progressing to standing raises with weight. “That’s your biggest bang for the buck,” he says.

The two main calf muscles — the soleus and gastrocnemius — are our primary controls for force generation, and, as people age, they lose function in their calf muscles more than in other muscles. One probable reason, according to Paquette, is that the calf muscles are smaller than other major running muscles, which means the muscle atrophy that comes with age affects them earlier. Also, the glutes, quads and hamstrings are used more routinely in daily activities, such as sitting down, standing up and walking up stairs, which could help keep them more primed for greater demands.

Beyond the calf muscles, Paquette is hesitant to prioritize which muscles to work. “There is no specific order to strengthening muscles,” he says, but adds that squats and lunges will help with stability when running.

To improve the economy of running (think gas mileage for humans), boost explosive power and increase tendon stiffness, Paquette also suggests adding intensity to your workouts once or twice a week. This could include running intervals or performing light plyometric exercises, such as hops, jumping rope or sprints of 10 to 30 seconds. It’s vital that these moves — like the overall strength-training program — be incorporated progressively: Jumping into a heavy plyometric or high-intensity routine too quickly can result in injury or, at a minimum, make you so sore that it will take days to return to activity. Some soreness is okay, however, especially after a strength-training workout. “That’s a good sign that you’re working something that needs to be worked,” Paquette says.

Lastly, he advises amateurs not to stress out over little details in their training, diet or other aspects of a running regimen. “If your obsession over diet is making you sad, that’s going to have a negative effect on your performance. The professional runners I know are a lot more laid back about it than all the non-pros.”

Now, about that performance. There’s nothing wrong with running a regular route in a steady time. But if you want to get faster or stronger or run farther, you’re going to have to change it up. “There’s a saying that people who train with long, slow runs become really good at long, slow running,” Roberts says.

To increase mileage, you should, well, increase mileage — but by no more than 10 percent per week, Roberts cautions. Trying to vault ahead more quickly than that raises your risk of injury. If you’re training for a race — of which there are very few these days — “you should be able to run in training the distance you plan to run on race day,” Roberts says, but you don’t need to hit that distance often in training. For example, he says, if you’re training for a 10-miler, working up to four- to six-mile runs three to five times a week, with the occasional 10-mile run mixed in, should prepare you sufficiently.

If your goal is to get faster, Roberts offers a similarly simple-but-nuanced strategy: “You have to practice running faster.” One way to do that is to run downhill, which forces increased leg speed and turnover. “By downhill, I mean a gentle, 0.5 percent to 1 percent grade, maybe 2 percent if you’re conditioned for downhill running,” Roberts says.

Again, “gradual” is the watchword: Downhill running means harder foot strikes, which could lead to injury. It also causes more eccentric loading of the quadriceps muscle — that is, the muscle is working while it lengthens. This can cause delayed-onset muscle soreness, which manifests one to two days after training.

But even if you never get faster or run longer, running is good for you. For most of us, Roberts says, “the endgame is to increase long-term health benefit, . . . [and] most people are going to get that just by getting off the couch.”

Briley is a writer based in Takoma Park. His website is johnbriley.com.