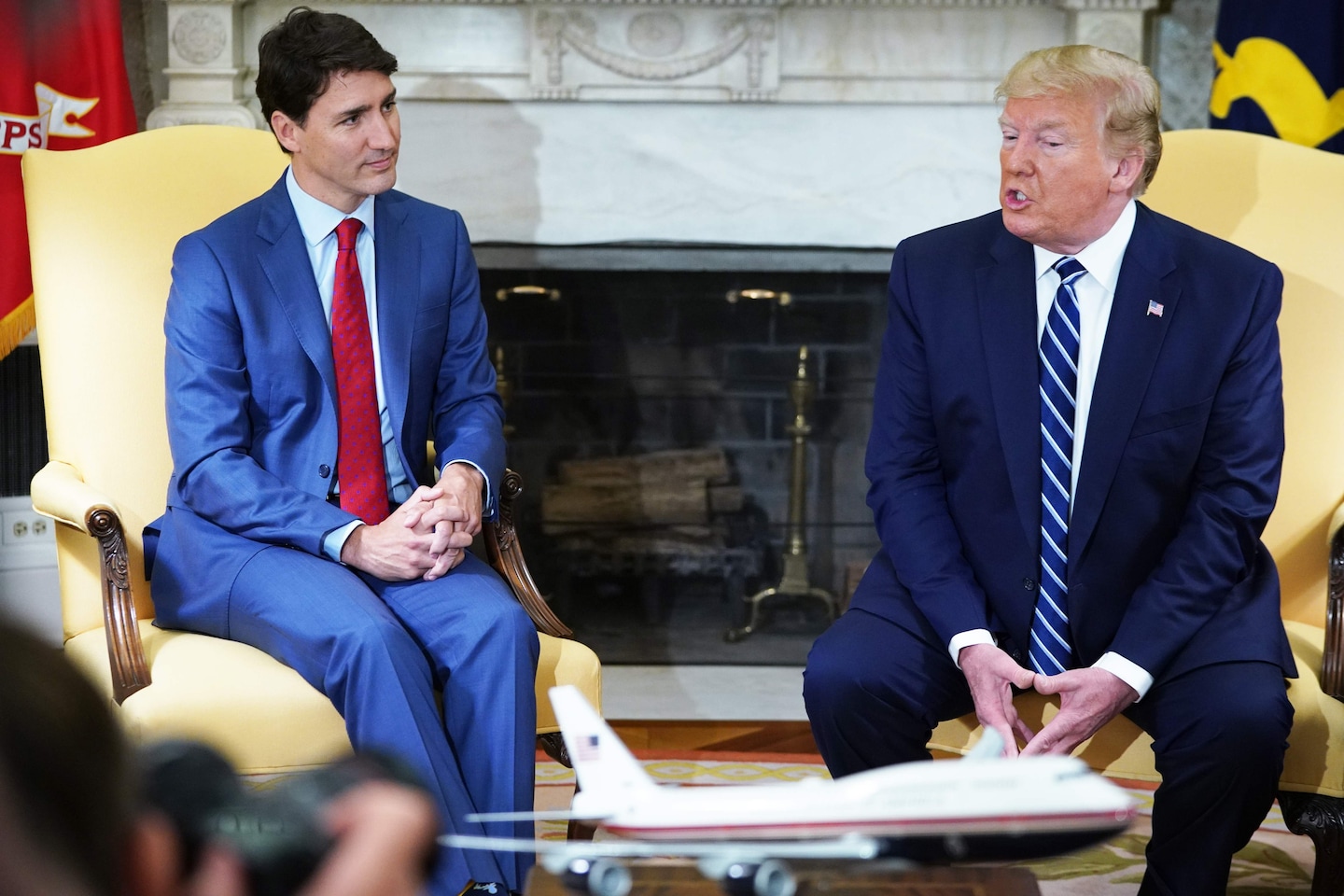 “Earlier today, I signed a proclamation that defends American industry by reimposing aluminum tariffs on Canada. Canada was taking advantage of us, as usual,” Trump said during a speech in Ohio.

“Several months ago, my administration agreed to lift those tariffs in return for a promise from the Canadian government that its aluminum industry would not flood our country with exports and kill all of our aluminum jobs, which is exactly what they did,” Trump said, adding that U.S. Trade Representative Robert Lighthizer had advised him to reimpose tariffs.

The Trump administration originally imposed tariffs on a range of Canadian aluminum and steel in the summer of 2018, sparking a tense trade war. The United States agreed to lift the tariffs in May 2019 in order to pave the way for congressional agreement to a new trade deal with Mexico and Canada. The deal, dubbed the new NAFTA, was ratified by the Senate in January.

In a statement, Lighthizer’s office said the United States is reinstating the 10 percent tariffs on non-alloyed unwrought aluminum because Canada was sending more aluminum to the U.S. than had been agreed.

“In the time of a global pandemic and an economic crisis, the last thing Canadian and American workers need is new tariffs that will raise costs for manufacturers and consumers, impede the free flow of trade, and hurt provincial and state economies,” she said in a statement.

“Further, with the new NAFTA having come into force on July 1st, now is the time to advance North American economic competitiveness — not hinder it,” she added.

Canadian prime minister Justin Trudeau also weighed in late Thursday, saying on Twitter that “We will always stand up for our aluminum workers. We did so in 2018 and we will stand up for them again now.”

Trump didn’t specify which U.S. job losses he was referring to. This spring, aluminum giant Alcoa Corp. said it would lay off 700 workers at a smelter in Washington state, citing falling aluminum prices amid a global glut of the metal. In a May letter to Trump, the state’s Congressional representatives blamed China for that excess production, not Canada.

Kirsten Hillman, Canada’s ambassador to the United States, told The Washington Post in June that Canadian officials had been stressing to their American counterparts that “now more than ever, the free flow of goods, including aluminum, is going to be really important to the economic recovery of both of our countries.”

“I think that what’s really important to emphasize is that we are confident that our aluminum exports are not harming the U.S. market in any way,” Hillman said. “On the contrary, I think that the high quality and reliable supply of aluminum for the U.S. manufacturing sector is a great advantage to them, and you know, frankly, most of the U.S. industry agrees with us.”

The U.S. Chamber of Commerce on Thursday called the tariffs a “step in the wrong direction.”

“These tariffs will raise costs for American manufacturers, are opposed by most U.S. aluminum producers, and will draw retaliation against U.S. exports — just as they did before. We urge the administration to reconsider this move,” the chamber said in a statement.

The U.S. Aluminum Association, a group representing producers of the metal, also said it opposed the tariffs, and disputed the idea that Canadian imports had surged.

“While we understand that the president is attempting to help the aluminum industry, the volatility of implementing, removing and then re-imposing trade barriers threatens U.S. growth and investment at a time when domestic demand is already down nearly 25 percent year-to-date,” Tom Dobbins, chief executive of the industry group, said in a statement.

The Aluminum Association of Canada also panned the decision.

Canada’s Conservative Party called for Prime Minister Justin Trudeau, who now leads a minority government, to immediately impose retaliatory measures while attacking him for having “let down Canada’s aluminum workers.”

“The U.S. administration has been foreshadowing new tariffs on Canadian aluminum for weeks, so why didn’t the Trudeau government take action to protect Canadian workers?” a group of Conservative Party lawmakers said in a statement.