Not just a high-end D.C. townhouse, but a destination 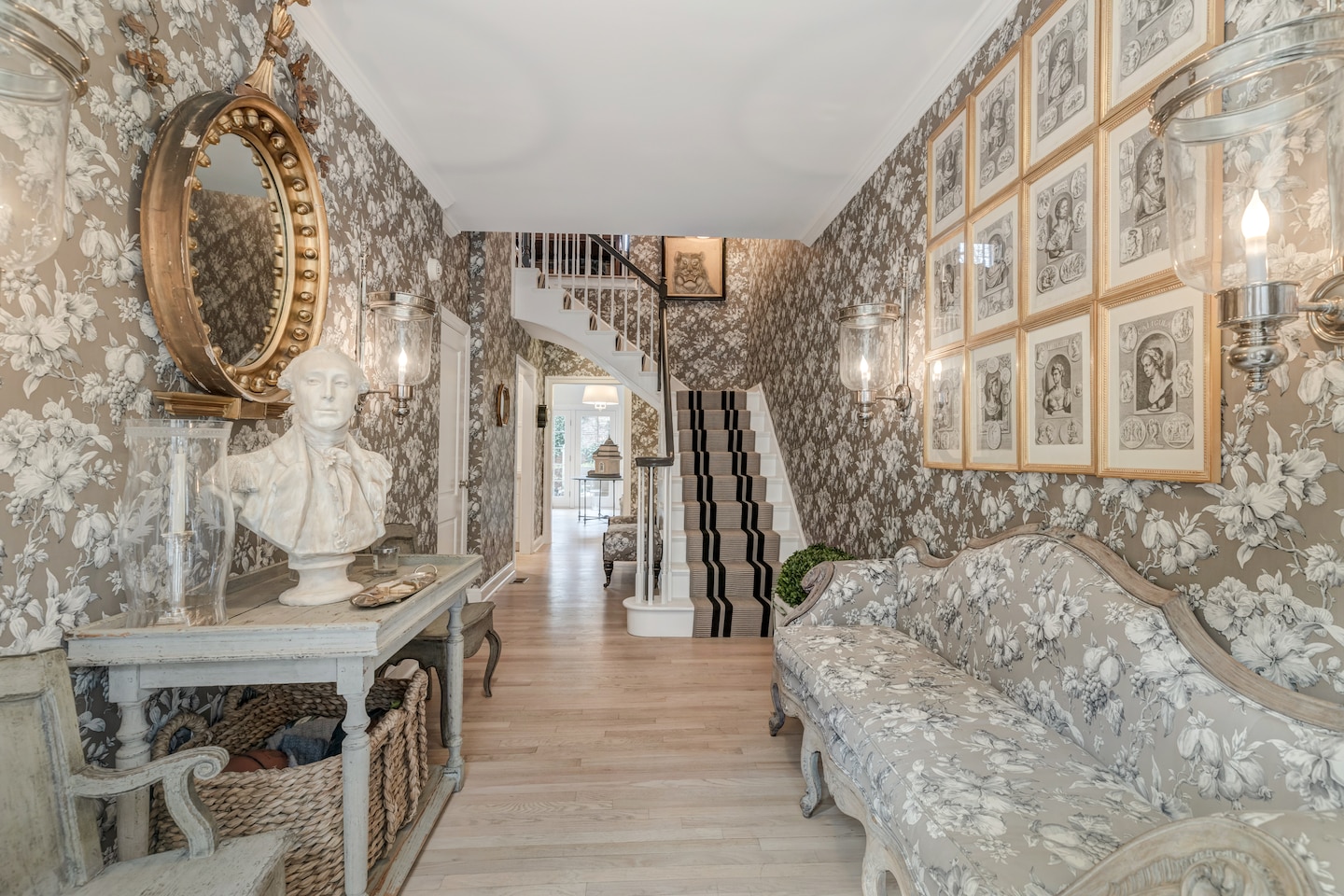 Cris proposed that they move to Florida. But Paul nixed the suggestion.

“My husband said at the time he wasn’t old enough and he didn’t golf,” she said.

So Cris kept looking for a house in Washington.

“I was stalking real estate on Zillow,” she said.

When this townhouse came on the market in 2015, they snapped it up.

“We love the vertical aspect,” she said. “We love the enclave that it’s in. It looks much older than it is. . . . We had lived in a similar-type situation in New York on 65th [Street] between [Lexington] and Third [avenues].”

shareShare
View PhotosView Photos
Next Image
Kalorama Square townhouse | Designed by architect Walter Marlowe, the Federal-style townhouses were built on 1.5 acres that had been the site of a gymnasium and an athletic field for Holton-Arms School. It has long been an enclave for well-heeled Washingtonians. Unit 25 is listed at just under $3.5 million. (Peter Papoulakos)

Much like their place in New York City, which shared a garden, this townhouse shares a center courtyard with the other townhouses.

“We just really liked the privacy,” she said. “I love the courtyard. . . . There’s very famous people who live there. It’s very, very discreet.”

Kalorama Square has long been an enclave for well-heeled Washingtonians, from princes to politicians to press barons. At various times, Saudi Arabia’s Prince Bandar bin Sultan and two U.S. senators, Dianne Feinstein and Lloyd Bentsen, have called it home.

Prominent journalists and others with news industry ties who have lived here include James “Scotty” Reston, who was a New York Times columnist; Nancy Dickerson, the first female correspondent for CBS and later associate producer of “Face the Nation”; Philip Geyelin, a Pulitzer Prize-winning editorial writer for The Washington Post; Eugene Meyer III, who was a professor of psychiatry at Johns Hopkins University and a member of the board of directors of The Washington Post Co.; and S. Douglass Cater, a top aide to Lyndon Johnson and later publisher of the London Observer.

When it opened in the mid-1970s, Diana McLellan, the Washington Star columnist known as “the Ear,” dubbed it “the fortress of the fancy” — referring to the tall brick walls that surround the compound and the people who lived there.

Designed by architect Walter Marlowe, the Federal-style townhouses were built on 1.5 acres that had been the site of a gymnasium and an athletic field for Holton-Arms School, an all-girls school now in Bethesda.

When the Brigers bought their townhouse, they gave it what Cris terms a “refresh plus.” The floors were refinished with a technique known as cerused wood, which gives wood a weathered white finish that emphasizes the grain. A first-floor powder room was removed, allowing them to combine front and back rooms into a double living room. The traditional look was preserved by keeping the original millwork.

“It has wonderful light because the [front] faces the courtyard and then the light comes in from back side,” Cris said. “I like the fact that you can stand in the middle of the house and see front to back.”

Dramatic Manuel Canovas wallpaper was added to the entry hall. Scalamandre wallpaper adorns a bedroom on the top floor. The stair runners are wool sisal imported from London. The bedroom adjoining the master bedroom on the third floor was turned into a dressing room. The renovated bathrooms have marble-tile floors, showers and countertops. The kitchen was updated with new cabinetry and quartzite countertops and backsplash.

“I adore the garden,” Cris said. “It’s just enough garden to get it out of your system. It opens completely up to the dining room.”

After Paul died in 2017, Cris and her son Charles Peed formed an interior-design firm. They have since relocated to Palm Beach, Fla., where they have opened a store, Get the Gusto, offering tabletop items, textiles and accessories as well as design services.

Although she’s happy to be in Florida, Cris misses the Kalorama Square townhouse.

“It’s really, really a charming house,” she said “I wish I had it here in Florida. . . . It’s a lovely house to live and entertain in.”