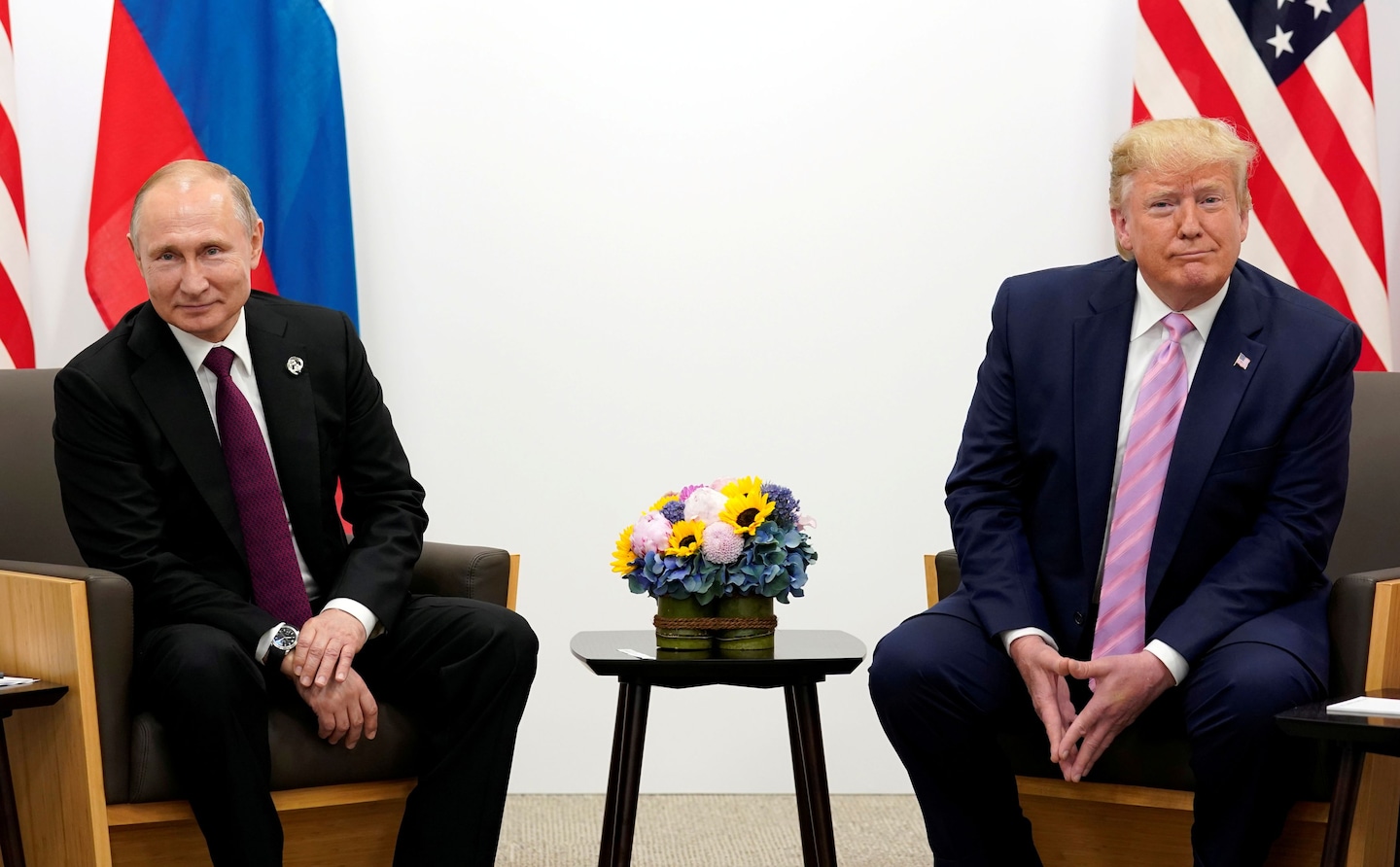 This was not an attempt by the administration to cherry-pick existing intelligence. It was an effort to modify an intelligence product in a way the president found politically useful. And it involved a warning to future intelligence officials to play Trump’s political game or face the consequences.

The current intelligence team seems to have gotten the message. In a statement by the Office of the Director of National Intelligence released last week, Russian interference to favor Trump’s reelection was mentioned along with Chinese and Iranian efforts to help presumptive Democratic nominee Joe Biden. The equivalence is false. By all accounts, Russian subversion is far more ambitious, pervasive and effective than its competitors’.

Yet national security adviser Robert C. O’Brien on Sunday reassured Americans about foreign interference in the 2020 election: “Whether it’s China or Russia or Iran, we’re not going to put up with it.” It was a bit like a doctor saying, “Whether suffering from a voodoo curse, an appendicitis or an infestation of Cornish pixies, we will save the patient.” The promise is undermined by the context: Burying Russian meddling in a deceptive list effectively assures Russian President Vladimir Putin that his aggression will (once again) bring no serious repercussions.

We don’t know yet if this equivalence was included at White House direction or if it resulted from unstated intimidation, but it is certainly part of a broader pattern. Trump publicly invited Russian interference in his favor during the 2016 election. He publicly favored Putin’s denial of that interference over the firm judgments of the U.S. intelligence community. Trump publicly dismissed special counsel Robert S. Mueller III’s voluminous findings about Russian cyberaggression as a “witch hunt.” His administration has clearly attempted to water down warnings about Russian interference in the 2020 presidential election. Add to this the fact that Trump won’t confront Putin about Russian bounties paid for the deaths of U.S. troops in Afghanistan, and the question naturally arises: Why has an American president ceased to defend his own country from sustained aggression?

In the context of the Mueller report, it is plausible that Trump was trying to preserve the reputation of the election that made him president. Any admission of Russian influence might have been taken as proof of his electoral illegitimacy. This fear was not imaginary: A serious (though not conclusive) case can be made that Russian subversion of the 2016 presidential election mattered to its outcome.

But how does that account for Trump’s seeming indifference to Russian influence in the 2020 election? And how would a concern about the validity of his 2016 victory account for his refusal to impose consequences for Russian bounties? There must be something else involved.

Trump’s deeper incapacity is moral. Rather than judging his own actions against the standards of a creed or ideology, Trump finds his ethical inspiration in the mirror. Those who support him are fundamentally good; those who resist him are stupid, malicious and evil. A general or Cabinet secretary who bows and scrapes is the best at his or her job in human history. Those who contradict him are overrated and “dumb as a rock.” People carrying Confederate battle flags along with Trump signs can’t be all bad. Democrats who politically oppose him and media figures who challenge him are traitors or enemies of the people.

For Trump, egotism even takes precedence over nationalism. In his ambitious revision of political ethics, foreign dictators who support his reelection (and imprison their own opponents) are friends and models. Even if they sow discord and chaos in U.S. democracy. Even if they set out to humiliate the country. Even if they offer bounties for killing U.S. troops.

As much as anything, this is the reason Trump must be defeated in November. Those who support him may get some proposals, appointments and policies they prefer. But Trump regards every vote in his favor as a confirmation of his monstrous moral revolution — and permission for further national betrayals.