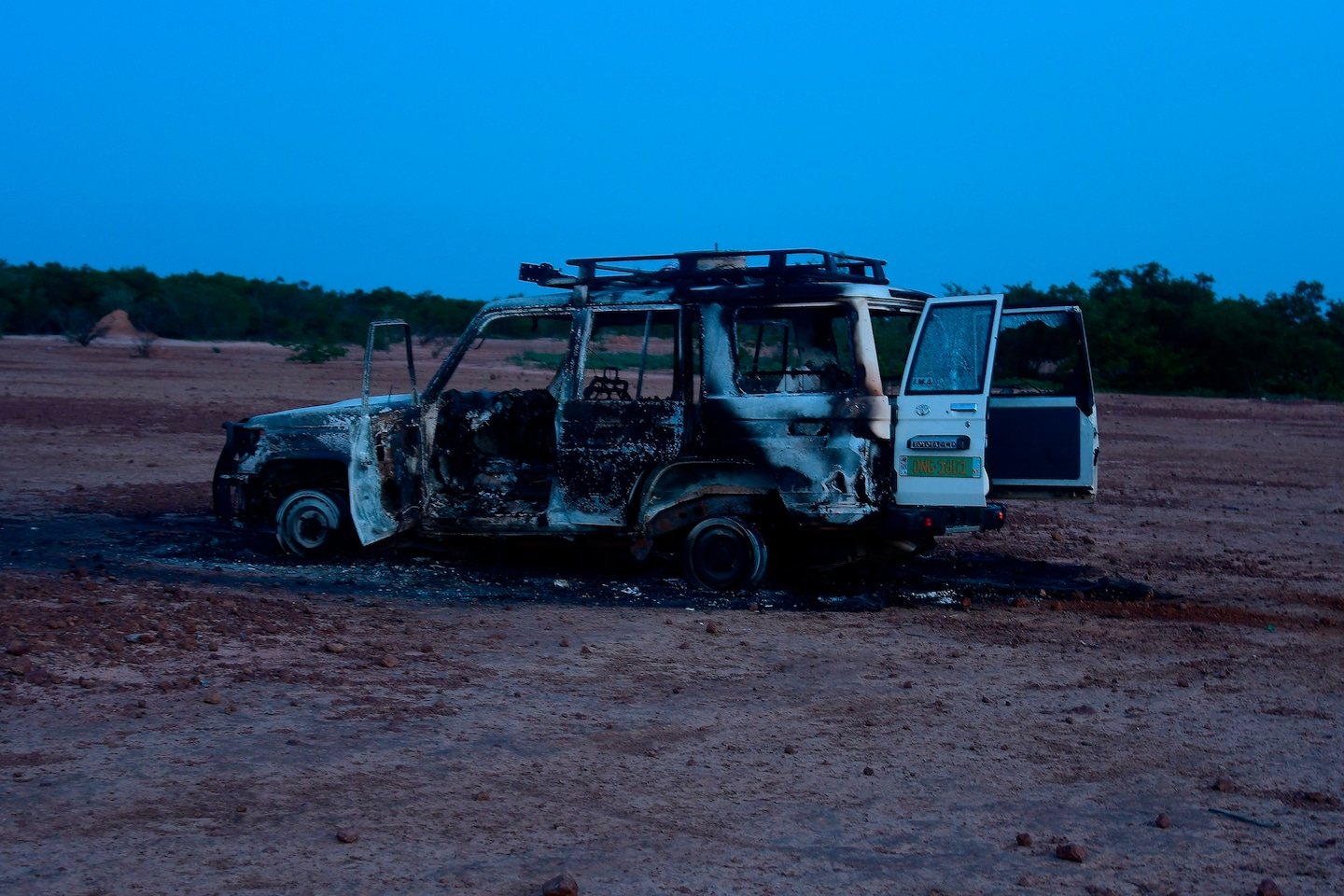 The ambush shocked park employees in Kouré, who tend to the world’s last-known population of West African giraffes. The conservation group’s president, Kadri Abdou, was among the dead.

“Rest in peace,” the Association of Giraffe Guides of Kouré wrote in a Facebook post, which featured a photo of Abdou and his colleagues in front of a giraffe-print painted building.

Niger, a West African nation of 23 million, is struggling to contain an Islamist insurgency that has killed thousands in recent years and forced untold numbers of others from their homes.

The coronavirus pandemic has not halted conflict in embattled parts of the Sahel, which lies south of the Sahara Desert. Extremists are scheming to exploit the chaos, analysts say, while cash-strapped governments face a growing public health threat on top of a stubborn security crisis.

Fighters loyal to the Islamic State and al-Qaeda have built strongholds near Niger’s border with Mali and Burkina Faso — forested hideouts that have served as launchpads for strikes on rural villages and army outposts.

But Sunday’s carnage suggested that the militants are operating closer to the capital, Niamey. The Giraffe Zone is about an hour’s drive from the presidential palace.

“The jihadist threat is lurking all around the capital,” said Ibrahim Yahaya Ibrahim, a West Africa analyst in Niamey with the International Crisis Group think tank.

Seven of the victims worked for the French aid group ACTED, which supports people displaced by unrest. They were “senselessly and cowardly murdered,” the organization said in a Monday statement.

No one immediately asserted responsibility for the attack.

More than 5,000 French soldiers are deployed in West Africa — the most of any foreign ally — partnering with regional forces to quash the extremist menace.

“Their determination to continue the common fight against terrorist groups in the Sahel remains intact,” the Élysée said Monday.

The Sahel’s insurgency took root in 2011 when the collapse of the Libyan government triggered a flow of mercenaries and weapons into neighboring Mali.

The United States has about 1,600 troops in the area to help in the fight, as well as a $100 million drone base near Niger’s center.

American and West African officials warn that militants are training and recruiting people — often through force — across large swaths of ungoverned territory.

Until Sunday, the Giraffe Zone had been spared.

Conservationists there had brought the West African giraffe population from a low of 50 to more than 600, staving off losses from illegal hunting. Visitors came from around the world to see them.

Now the refuge is in jeopardy, said Hamadou Oumarou, a community manager for the Nigerien Association for the Development and Conservation of Nature in Niamey.

“Even nationals will be afraid to go there,” he said. “Tourism revenues that allow guides to track and watch giraffes will be drastically reduced.”

The humanitarian workers had spent less than two hours in the reserve before the gunfire started.

The attackers left the victims in the dirt, torched their car and sped away on motorbikes.