Israel-UAE deal condemned by Palestinians, cheered by Egypt and Bahrain 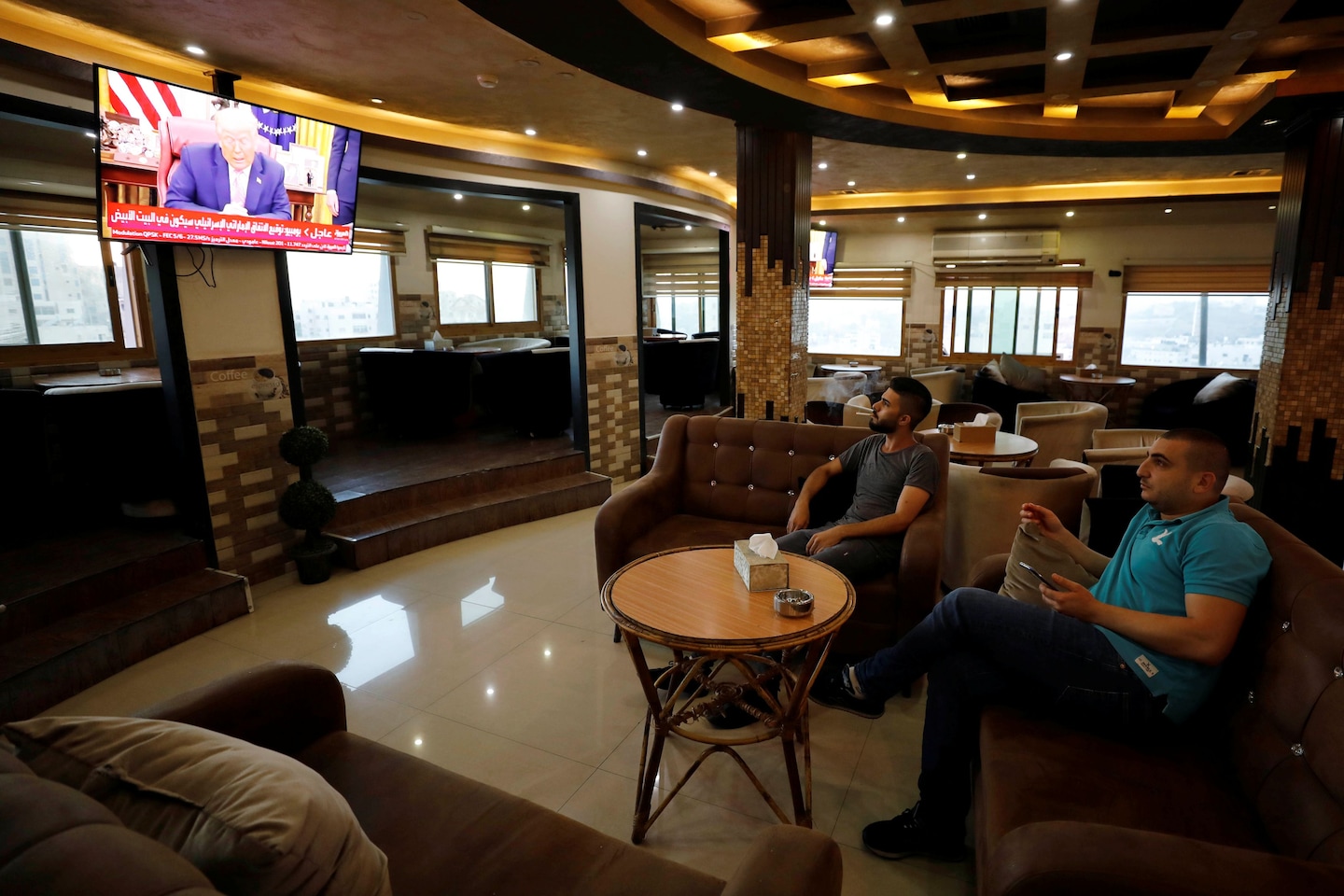 Emirati leaders said that in trying to strike an agreement, they were acting on behalf of Palestinians by extracting a concession from Israel not to pursue formal annexation of Palestinian lands — suggesting that the UAE was striking a blow for a collective Arab front. Their efforts, though, left the region as divided as ever and Palestinians more aggrieved and isolated than before.

Bahrain and Egypt, two of the UAE’s closest regional allies, praised the agreement. Egyptian President Abdel Fatah al-Sissi, writing on Twitter, said it aimed to “stop Israel’s annexation of the Palestinian territories” and “achieve prosperity and stability for our region.”

Bahrain, which has signaled that it too is open to formal ties with Israel, said the UAE had shown “wise leadership” and taken a step “toward the achievement of peace in the Middle East.”

Other Arab governments mostly stayed silent, as signs of anger from some of the region’s citizens trickled out. In Saudi Arabia, thousands of people posted messages on Twitter condemning the UAE’s move, under the hashtag “Normalization is treason.” A prominent political scientist in the UAE, also posted a reaction on Twitter: a crying emoji that tested the country’s strict rules forbidding dissent.

Palestinian factions were united in condemning the UAE’s decision. Hamas, the ruling party in Gaza, called the agreement “cowardly” and “a blatant assault on our religious, national, and historical rights in Palestine, a treacherous stab in the back of the Palestinian people and their resistance forces, and a miserable attempt to influence their struggle and resistance path aimed defeating the occupation.”

The West Bank’s governing Palestinian Authority condemned the agreement as “a betrayal of Jerusalem” and an “aggression against the Palestinian people.”

“They are actually harming us,” said Diana Buttu, a Palestinian lawyer and former adviser to the Palestine Liberation Organization, referring to the UAE’s claims that it was acting on behalf of Palestinians.

“They have taken away our voice. We don’t need anyone to speak on our behalf,” she said.

The Trump administration, which first announced the opening between the UAE and Israel, hailed the agreement as a historic peace initiative. Joe Biden, the presumptive Democratic presidential nominee, said in a statement that he was “gratified” by the announcement.

For many Palestinians, though, the UAE’s move amounted to a jarring milestone — the abandonment by an Arab government of a peace initiative first proposed by Saudi Arabia decades ago that called for the establishment of full relations between Arab states and Israel after the latter forged a peace agreement with the Palestinians.

“The UAE is effectively saying, we are breaking from the Arab consensus position,” said Yousef Munayyer, a Palestinian analyst and nonresident fellow at the Arab Center in Washington. “We are offering normalization — not in return for a peace agreement with Palestinians in accordance with international law — but for nothing,” he said. “The big question mark is, what is behind this?”

The UAE and other Persian Gulf states had been pursuing closer ties with Israel behind the scenes for years, reflecting shared security concerns and a common antipathy towards Iran, analysts said.  “To take it from a closeted relationship to one that is out in the open is something the Emirates did not have to do,” Munayyer said.

One explanation for the shift is that the UAE was trying to repair its relationship with its detractors in the United States as the U.S. presidential election approached, said Yasmine Farouk, a visiting fellow at the Middle East Program at the Carnegie Endowment for International Peace.

Over the past few years, the UAE had faced criticism, especially from members of Congress, for its aggressive foreign policy, which included military interventions in civil conflicts in Yemen and Libya, and a perception among Democrats that its dealings with the Trump administration were too cozy and opaque. The bipartisan expressions of support on Thursday underscored how its outreach to Israel was a “smart strategic move” for the UAE, as well as Israel and the United States, Farouk said.

“It’s definitely not a win for the Palestinians,” she added.

Buttu said that more regional governments would likely follow the UAE’s lead, despite signs that public opinion in many Arab states opposed the establishment of formal ties with Israel. “They are security states and want to have security ties with Israel,” she said.