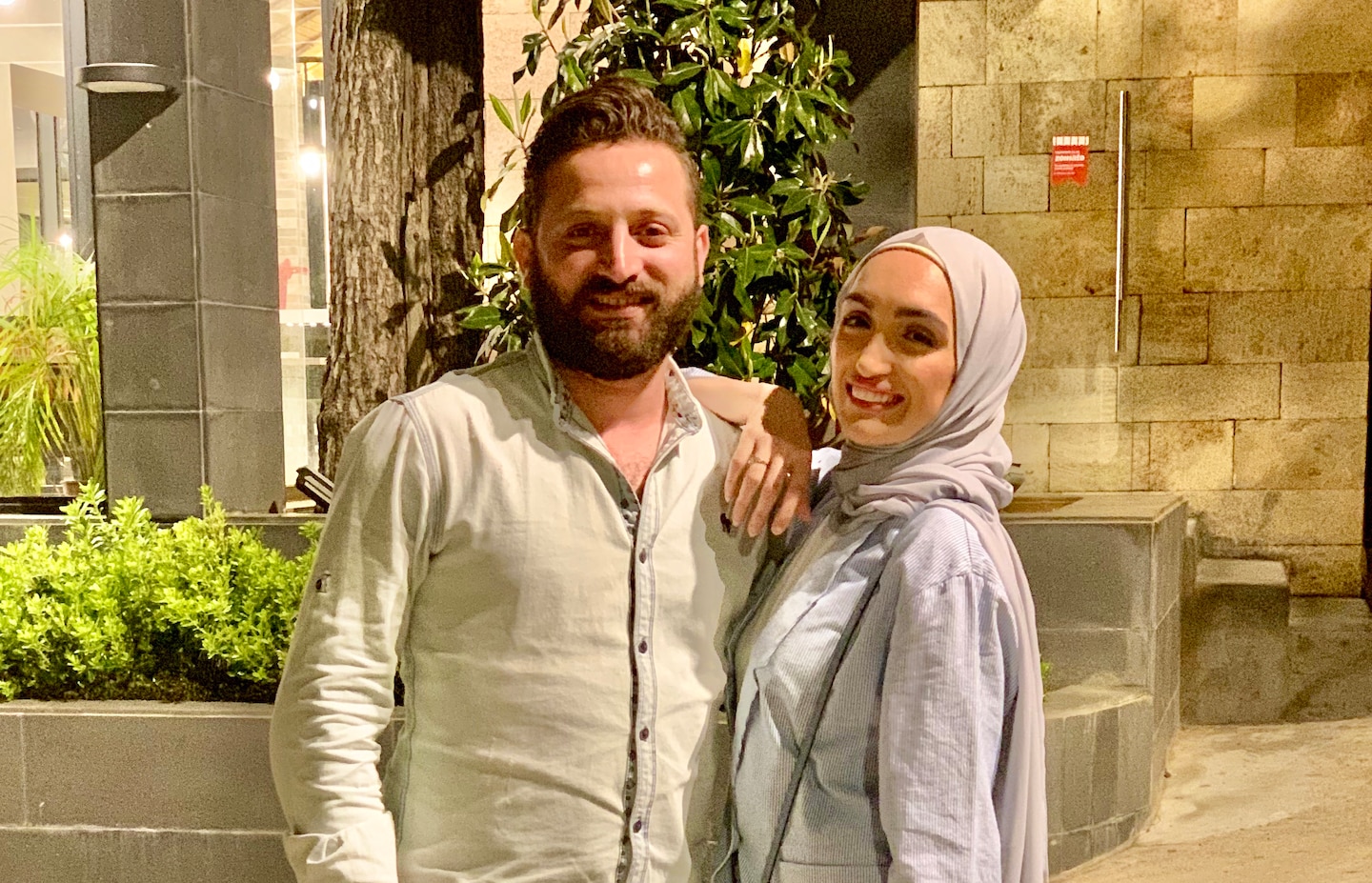 Aug. 4 was going perfectly until around 6 p.m. local time in Beirut, when the couples — both posing for photos in the same downtown neighborhood — felt the ground shake.

“One thing came into my mind, which is ‘Israa: Now you are going to die,’” Seblani, 29, a doctor based in Troy, Mich., said in an interview after the blast. “My dreams and the things we wanted to do together were flying as the shattered glass was flying.”

“I asked God for one thing,” she said. “If I can have a moment or a second to hold my parents’ hands and tell them goodbye.”

The explosion that ripped through Beirut last week disrupted nearly every aspect of normal life in the Lebanese capital, including the two wedding photo sessions. Videographers hired to capture the occasion instead wound up documenting the most terrifying moments of the couples’ lives, as they ran for cover from crumbling buildings and gusts of shattered glass.

The couples did not know one another, but had noticed each other across the busy square shortly before the explosion, when Shamly, 28, called out to Sbeih, 34, joking about how they were no longer bachelors. The next time they saw each other was online, when two eerily similar videos — showing the interruption of their wedding photo shoots — went viral. The shared experience linked the couples forever and became emblematic of the city’s devastation.

The explosion left more than 170 people dead and injured thousands. The blast has since been linked to a warehouse where 2,750 metric tons of ammonium nitrate was stored improperly for years.

As the shock wave swept through the city, Seblani and Sbeih ran to a nearby restaurant, where Seblani’s instincts as a doctor kicked in, and she began to tend to the wounded.

“I didn’t think about myself or my parents or how we can get out of this place or anything,” Seblani said. “The lab coat is white. My dress is white. It’s just … the style is different.”

Her mind drifted back to the other woman in a white dress she had seen just a few minutes before.

“One of the first thoughts that crossed my mind when I went into the restaurant and started helping people, was ‘What happened to the other couple?’” she said.

Shamly — his hair and back speckled with shards of glass — carried his shocked fiancee part of the way away from the scene, her dress now filthy and ripped, covered in dust and debris. “Everything was destroyed, injured people were on ground,” Fanous, 27, said. “It was a horrible situation.”

Neither bride nor groom was seriously injured. But for both couples, the powerful blast was just the latest obstacle on their long journeys to marriage.

Fanous and Shamly met in 2011 at work in a Beirut hotel, the same place they planned to celebrate their wedding reception nearly a decade later. It took a while for Fanous to warm up to Shamly, but in his small kindnesses — defending her in a work dispute, taking her to the hospital after an accident — she saw a potential partner, and soon fell in love. They supported each other through university and career changes, and in 2015, Fanous started planning their wedding.

“I had all these elaborate plans, and I wanted to look beautiful like a princess and have all eyes be on me,” she said.

Seblani and Sbeih met in November 2016 at a Starbucks in Beirut where Seblani, then a medical student, used to hole up to study — sometimes many hours at a time. Sbeih walked in with a friend and caught a glimpse of her writing in the corner. He was immediately overcome with the need to introduce himself.

“I felt that I fell in love,” he said. “Something told me in my mind, go and talk with her … she is the one who you are looking for.”

Seblani was initially taken aback by his candor — and even shot him a dirty look. But she ultimately agreed to share her phone number.

“Then our story started,” she said.

Seblani moved to the United States in 2017 but visa troubles kept Sbeih, who owns two clothing shops in Beirut, from joining her. Their love prevailed, but street protests in Lebanon and the travel restrictions and lockdowns put in place due to the pandemic kept delaying their wedding plans.

When Seblani finally landed in Beirut in July, Lebanon’s economic crisis was worsening, and the pandemic was picking up speed across the globe. “It was as if we were challenging the entire world,” Seblani said.

But the couple had agreed early on: “No matter what’s going to happen we’re going to get married,” she said. “We’re going to make it.”

The pandemic and economic crisis also pushed Fanous and Shamly’s wedding date back again and again, before they settled on Aug. 4.

So it was by chance that the two couples — both eagerly anticipating their wedding ceremonies and the parties awaiting them at hotels — ended up in the same place that evening.

“We now have this common story — a connection that’ll always be there,” Seblani said.

Both hotels were damaged, and both parties were canceled. There was no cake and no dancing. But both couples — grateful their families survived the chaos — chose to go through with their ceremonies anyway. They were tired of waiting.