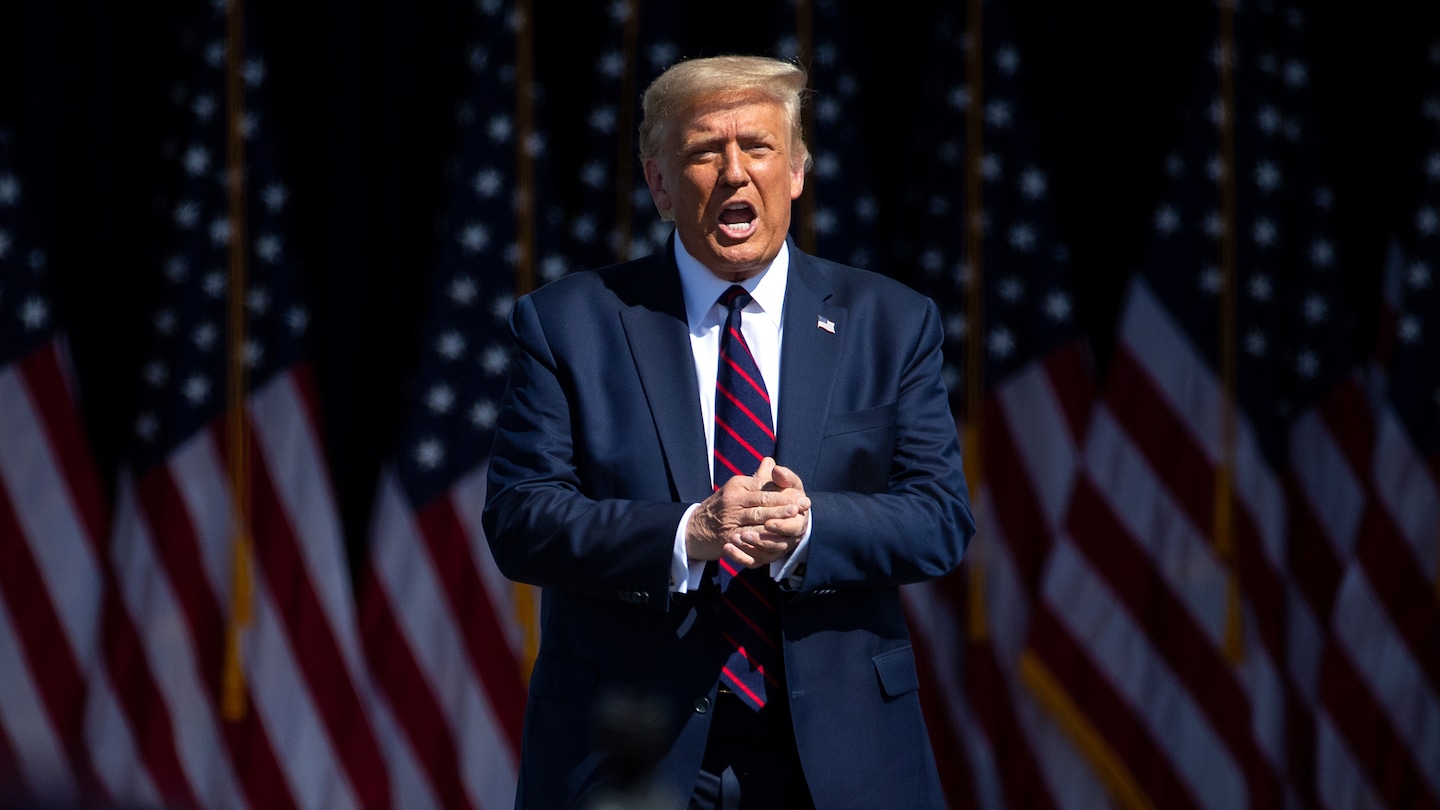 Twitter on Sunday flagged a tweet in which President Trump suggested voters could contract the coronavirus by placing their mail-in ballots in drop boxes, calling his message misleading and in violation of the platform’s rules.

“We placed a public interest notice on this Tweet for violating our Civic Integrity Policy for making misleading health claims that could potentially dissuade people from participation in voting,” the company said in a tweet Sunday afternoon.

It added that Trump’s tweet “will remain on the service given its relevance to ongoing public conversation” and that users “will be able to Retweet with Comment, but not Like, Reply, or Retweet it.”

The move came after Trump kicked off his Sunday morning by tweeting two familiar lines of attack — one against mail-in voting and another against some Democrats at last week’s convention who omitted the word “God” when saying the Pledge of Allegiance.

“So now the Democrats are using Mail Drop Boxes, which are a voter security disaster. Among other things, they make it possible for a person to vote multiple times,” Trump tweeted. “Also, who controls them, are they placed in Republican or Democrat areas? They are not Covid sanitized. A big fraud!”

Despite the claim, states and localities check ballots against voter rolls, making it difficult for one person to “vote multiple times.” Covid-19, the disease caused by the novel coronavirus, can be spread by exposure to surfaces but is more often spread by person-to-person contact, according to experts.

George Conway, a conservative lawyer and frequent critic of the president, responded to Trump’s tweet by noting his own recent experience dropping off a ballot for his wife, White House counselor Kellyanne Conway.

“Recently I dropped my wife’s primary ballot off in a dropbox in front of the Bergen County, NJ municipal building,” he tweeted. “There were security officers there. The dropbox was clean, but I didn’t have to touch it because there was a narrow, clearly marked slot to put the ballot in!”

Trump on Sunday also noted that a few participants in breakout caucus meetings during last week’s Democratic National Convention removed the word “God” from the Pledge of Allegiance.

“Two Democrat Caucus Meetings removed ‘UNDER GOD’ from the Pledge of Allegiance,” he tweeted. “It sounded not only strange, but terrible. That’s where they’re coming from!”

On Saturday, Trump falsely claimed “The Democrats” had removed the line from the pledge. During the prime-time, televised events, DNC attendees recited the full Pledge of Allegiance, including the phrase “one nation under God.”