Bryce Harper’s talent remains mesmerizing, and his baseball story is still being written 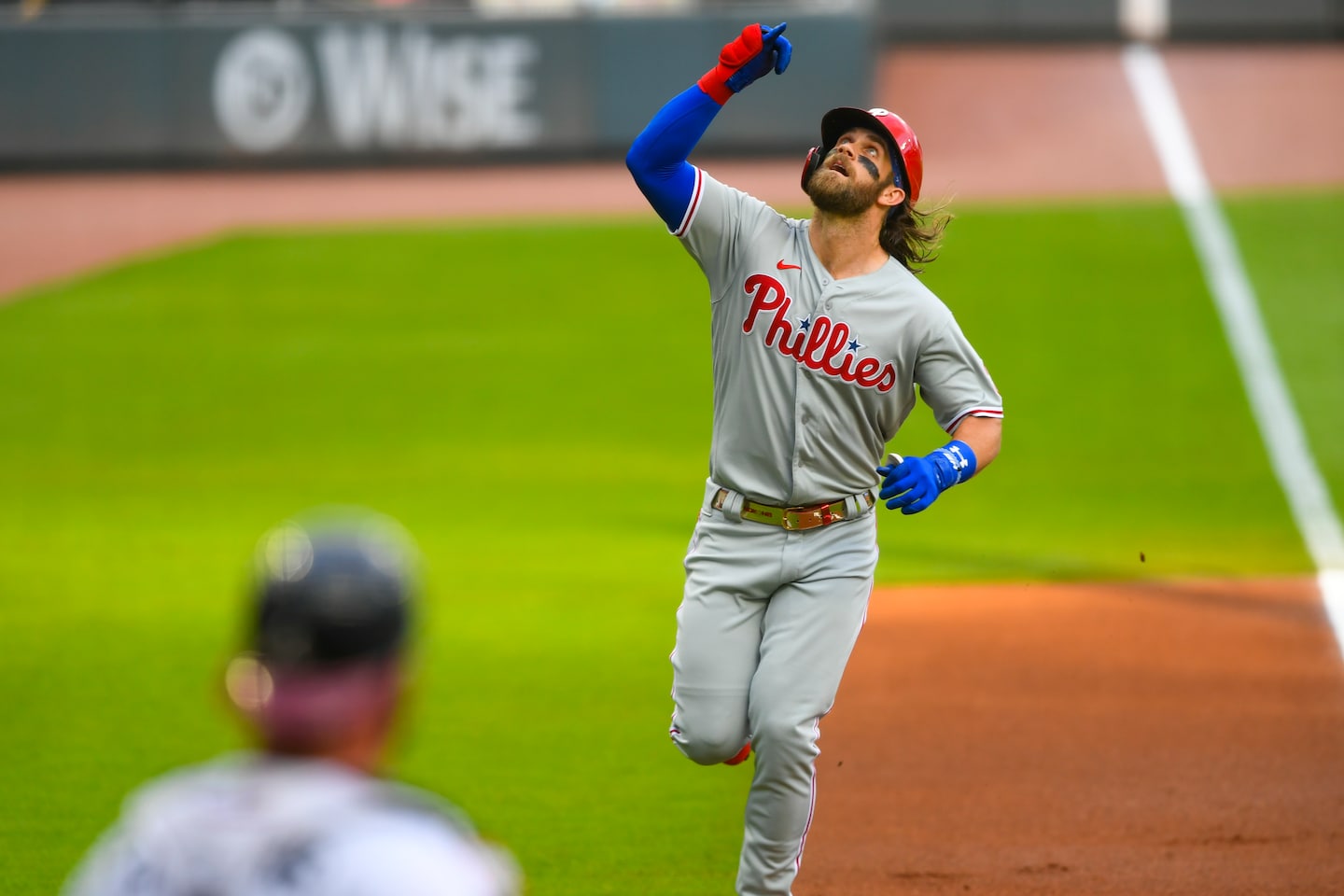 Harper faces his old team without the ring the Nats now own, but with so much of his story still to write. As the Nationals turned into a wrecking ball last October, they flipped their reputation as a postseason pushover — without Harper. Be careful connecting those dots, because if you do, you’re saying a team won a World Series because it lost a player who hit 35 homers and drove in 114 runs — Harper’s first-year production with the Phillies. Are the 2020 Nats better without Anthony Rendon? Of course not.

When Harper agreed to become a Phillie for life — signing a 13-year, $330-million deal last March — there were reasons to be skeptical that he could consistently match the hype that began when he graced the cover of Sports Illustrated as a 16-year-old. My belief then: At 26, his best years were still ahead of him. His start to this odd season could be an indication of just that.

Harper’s on-base-plus-slugging percentage upon arrival at his old yard: 1.119, best in the National League — higher than any he has posted in any of his first eight full seasons. Now, Philadelphia is only 24 games in, and this pandemic-shortened season is only 60 games long. But the stats count. More important, there may be indicators that he could, finally, replicate his MVP season, an MVP season that came five years ago. (So, too, could Nats left fielder Juan Soto, whose OPS entering the series was 1.302 — better than Harper, but without enough plate appearances to qualify for the leader board. That comes soon.)

Back in 2015, when Harper reached base at an insane .460 clip — tied for the highest mark in the last decade with Mike Trout of 2018 — scored 118 runs and launched 42 homers at age 22, it seemed many more MVP awards would be in the future. No player, including Trout, has produced a season that matched Harper’s 2015 OPS of 1.109 in the past dozen years.

What followed, though, made that year look not like a predictor but like an outlier. The four subsequent seasons — three with the Nats, last year with the Phillies — produced an .893 OPS. That’s very good. It’s just not elite. Over that span, 22 players in baseball exceeded it.

Viscerally, that’s true. We can all remember times when Harper expanded the strike zone and was more responsible than the pitcher for getting himself out. When he takes his walks, he is a machine. His walk rate to start this season is 17.7 percent — not the 19 percent rate of his MVP year, but higher than in six of his eight full major league seasons.

Data provided by the website FanGraphs doesn’t necessarily indicate Harper is laying off those tempting pitches just out of the zone; he’s still swinging at more than 31 percent of them, higher than at any point in the past six seasons. But he is making marginally more contact than he did a year ago (70.9 percent to start this season, 68.3 percent in 2019) — and when he does swing, he is more effective than normal. According to Statcast data, he is “barreling up” — read: hitting the ball off the barrel of the bat — 18.3 percent of the balls with which he makes contact. Sustained over an entire season, that would by far be the highest percentage of his career.

Given the point in this strange season, place a flashing “small sample size alert” on all of the above. But also acknowledge that Harper may still be transforming into what he ultimately becomes.

One of many useful tools employed by the essential baseball-reference.com is the “similarity score,” which compares players over eras by age. It’s a bit like real estate comps. At 22, Harper was most similar to Frank Robinson, the former Nats manager who was a no-doubt Hall of Famer. In each of the four seasons since, he has compared most closely to Andruw Jones, the former Atlanta center fielder who was a five-time all-star but hasn’t landed in Cooperstown.

Delve into those comps a bit, though, and there’s an indication of the possibilities still ahead. Through age 26, the third-most similar player to Harper is Ken Griffey Jr. — a generational talent who is now in the Hall of Fame. Eddie Mathews, Trout, Miguel Cabrera and Robinson all rank in the top 10. Mathews and Robinson are enshrined. Trout and Cabrera will be.

Five springs ago, after he was asked about his reaction to the Nats signing free agent pitcher Max Scherzer, Harper famously said, “Where’s my ring?” He’s still looking, and maybe that would add further fuel to taunts at Nats Park once fans return.

But as it becomes far more normal to see Harper as a Phillie, remember, too, that such teasing comes at your own peril. Bryce Harper’s start to this season could be a preview of what’s ahead, and that could bring years of torment to whatever pitchers he faces.