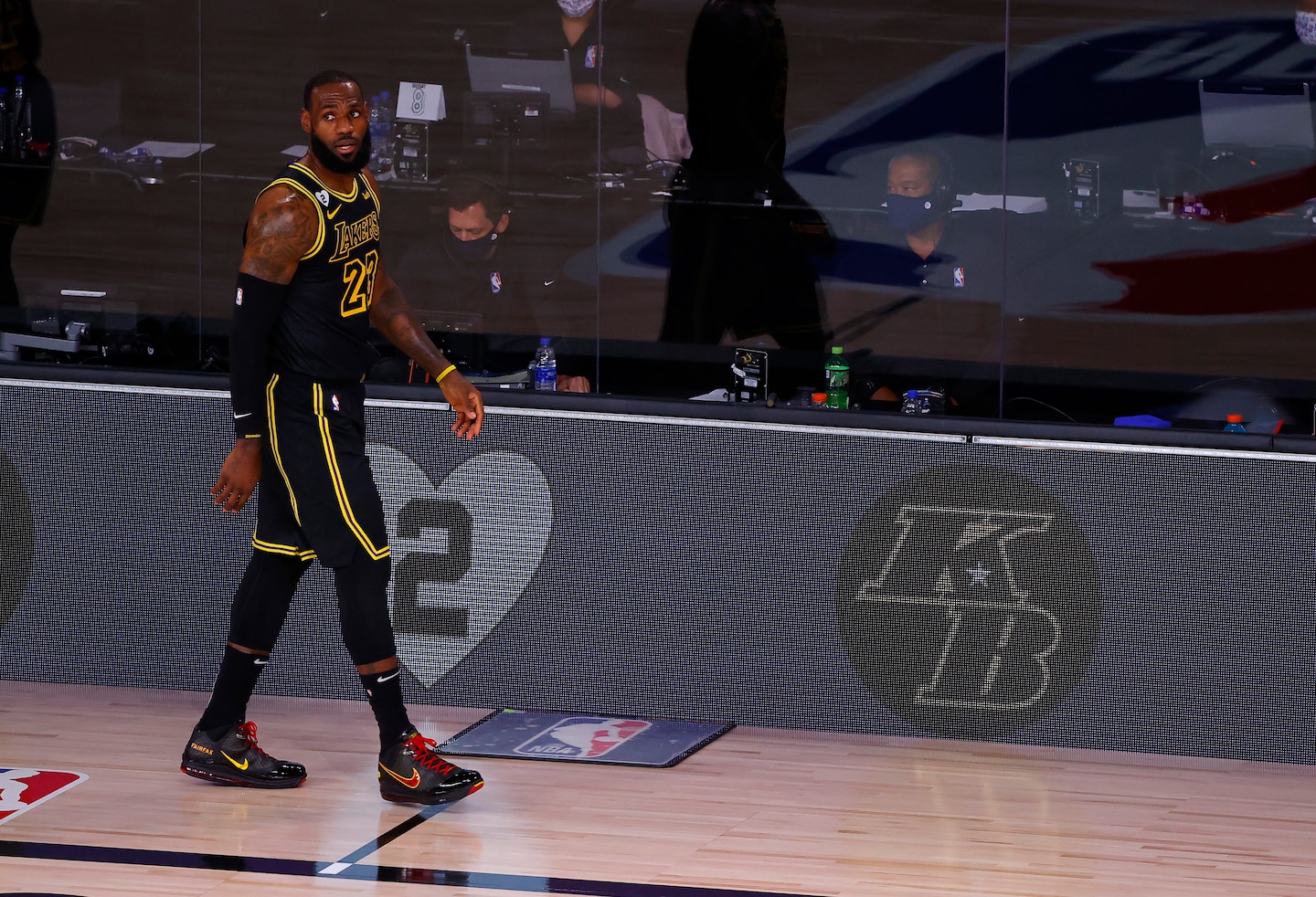 James, who has participated in kneeling demonstrations and spoken out repeatedly against police brutality while competing at the NBA’s Disney World bubble, used his postgame news conference Monday to speak at length about the shooting and the role of firearms in American society.

“Quite frankly, it’s just f—ed up in our community,” James said after scoring 30 points to lead the Lakers past the Portland Trail Blazers, 135-115, in Game 4 of their first-round playoff series. “We are scared as Black people in America. Black men, Black women, Black kids, we are terrified. You have no idea how that cop left the house. You don’t know if he woke up on the good side of the bed or the wrong side of the bed. You don’t know if he had an argument at home with his significant other or one of his kids said something crazy and he left the house steaming. Maybe he just left the house saying, ‘Today is going to be the end for one of these Black people.’ That’s what it feels like. It just hurts.”

In the video, Blake walked toward the driver’s side of the vehicle and attempted to enter the driver’s seat as multiple officers followed him. As he sat down, he was shot multiple times in the back with three of his children inside the car. Blake remained in serious condition at a hospital Monday, and the officers involved were placed on administrative leave.

“If you’re sitting here telling me that there was no way to subdue that gentleman or detain him before the firing of guns, then you’re sitting here lying not only to me, but you’re lying to every Black person in the community,” James said. “We see it over and over and over. If you watch the video, there was multiple moments where they could have tackled him or grabbed him. They could have done that. Why does it always have to get to a point where we see the guns firing?

“His family is there, his kids are there, it’s broad daylight. Seven shots at close range, and he’s still alive. That’s through the grace of God right there. My prayers go out to that family and that community, but I’ve got nothing nice to say about those cops at all.”

At All-Star Weekend in 2018, James addressed a school shooting in Parkland, Fla., by asking rhetorically, “How can a kid who can’t buy a beer go and buy an AR-15?”

“We’ve seen … these tragedies in America, and there’s been no change to gun control,” James said, according to the Sun-Sentinel. “I don’t have the answers right now. But we have to do something about it.”

To underscore the persistent fear of police he believes Black people feel, James described watching a recent video of a child who was shooting baskets when a police officer drove past. Rather than continue playing, the child hid behind a truck to avoid an interaction with the police.

“That s— is sad,” James said Monday. “No kid should have to feel that threatened that he has to hide at his own house. That’s sad. I know what he’s going through. I was one of those kids. When I lived in the projects, when I saw a cop going, we hid behind a brick wall and waited for it to roll out. If we saw the cop’s lights go on, we ran, even if we didn’t do anything wrong. We were just scared.”

James, who has launched a nonprofit organization called “More Than a Vote” campaign to increase voter participation, repeated his calls for people to engage with the political process by voting in the upcoming presidential election. Earlier this month, James dismissed President Trump’s criticisms of the NBA’s national anthem demonstrations and said that the election was a “big moment for us as Americans.”

“We want change,” James said Monday. “It doesn’t end in November, but it starts there. We have to keep our foot on the pedal then even if we get what we want.”