The Capitals are looking for a coach with experience. Some names already stand out. 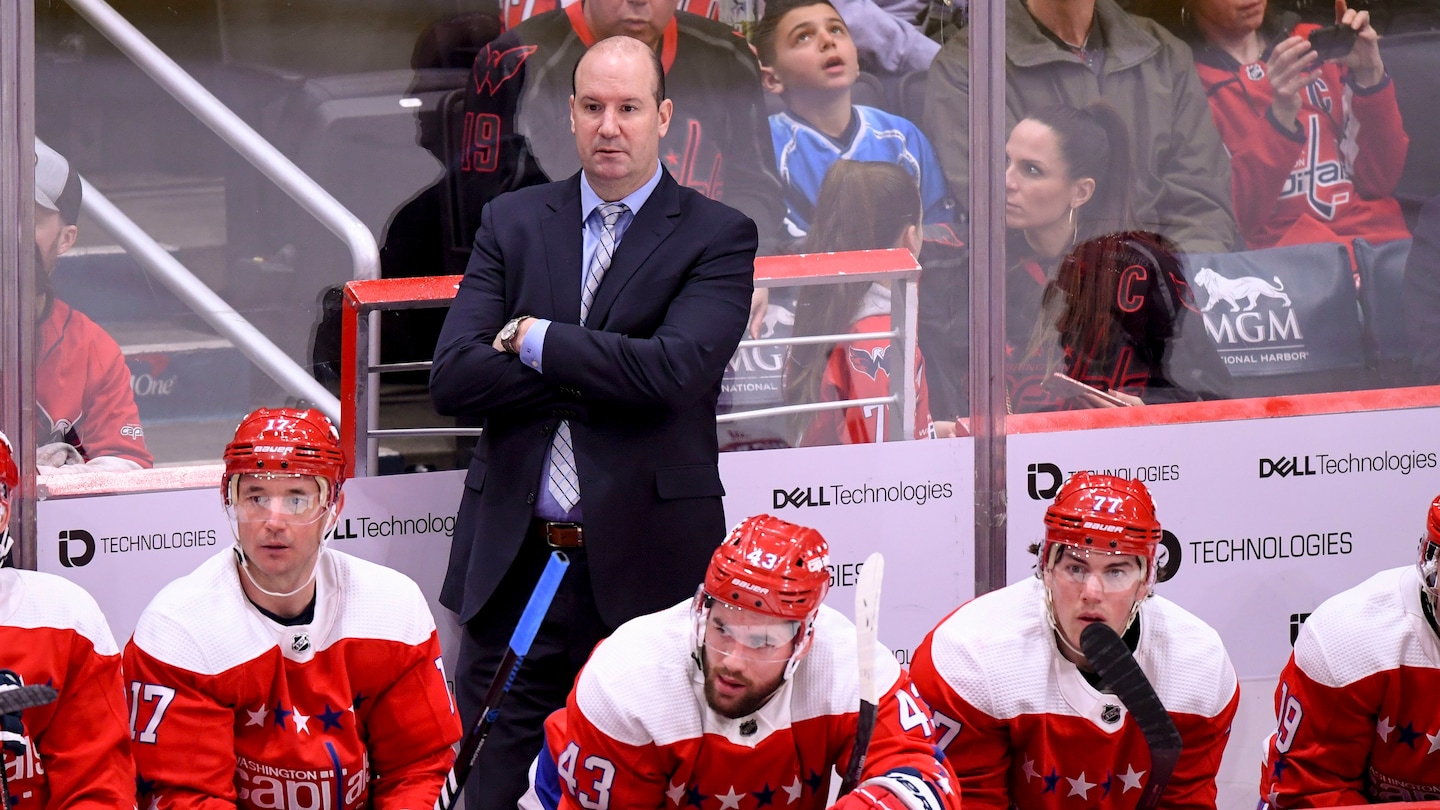 But before Washington makes a hire, NBC Sports NHL analyst Anson Carter,said, it has to decide how much it is willing to spend during tough economic times, when hockey could be played without fans, and the team is still paying former coach Todd Reirden, who was fired Sunday. .

“Before you think about the fit and the need, the Caps really have to decide how much they are willing to spend,” Carter said. “That should be the bottom line. You think about, ‘What do the Caps need?’ They need a coach that has the ability to make good players great and you’ve got the ability to take their great players’ game to a whole different level. When you look at it, that’s exactly what you need and when you describe Barry Trotz before, that is exactly who they had.

“I think they took for granted the culture that Trotz brought to the table.”

Trotz, who is now the coach of the New York Islanders, left Washington amid a contact dispute after the Caps won the Stanley Cup. He was replaced by Reirden, who won two Metropolitan Division titles but failed to record a playoff series win as Washington’s head coach. Reirden, 49, had been on Trotz’s coaching staff.

“When you go back to the template, the last two years, the team was easy to play against,” NBC Sports Washington analyst Alan May said. “The style of play was not rough and rugged. It was not a defensive juggernaut. You have to get back to being a hard-to-play-against team … systematically, it has to be a team that has hardcore defensive play, own the middle of the ice, battle on the boards, value all that hard work, and then you have to demand, and through respect, you got to push your older players.”

Babcock was fired by the Toronto Maple Leafs in late November and soon after, reports surfaced that accused him of mistreating players and using psychological intimidation as a motivating tactic, concerns that would need to be addressed if he returned to the NHL. Babcock was Detroit’s coach when the Red Wings won a Stanley Cup in 2008 and was coach of Team Canada when it won gold in the 2010 and 2014 Winter Olympics.

Laviolette coached the Carolina Hurricanes to the Stanley Cup in 2006, and reached the Stanley Cup finals on two other occasions: with the Philadelphia Flyers in 2010, and the Nashville Predators in 2017. He was fired by Nashville in early January.

Gallant led the Vegas Golden Knights to the Stanley Cup finals in their inaugural season, when they lost to the Capitals in 2018. Gallant, who is considered a players’ coach, was fired in January after only two and a half seasons at the helm.

Carter acknowledged that Babcock, Laviolette and Gallant might not be long-term solutions for the Capitals, but in the short-term, with such an emphasis on winning now, those coaches make sense. MacLellan said Sunday that, “going forward, ownership is open if it makes sense to spend money on a coach.”

“There is so much parity in the league that you can’t afford to have some of the best talent on the ice and kind of go halfway in when it comes to coaching,” Carter said.

Washington’s next hire will take over a veteran core. Alex Ovechkin turns 35 in September. Nicklas Backstrom will turn 33 in November. T.J. Oshie is 34 in December and John Carlson will be 31 in January. Meanwhile, the Capitals will most likely be turning to their young goaltender Ilya Samsonov next season, with Braden Holtby now an unrestricted free agent.

Carter thought Babcock and Laviolette — who seem to get the best out of teams in the short-term — fit that criteria. There are also longtime assistant coaches who probably deserve to get a shot, or other coaches who have had short head coaching stints but didn’t find sustained success, but Carter believes this Capitals team can’t waste time.

“Now isn’t the time to experiment with [younger hires],” Carter said. “Maybe the time was before, before you hire coach Reirden, but the window is too small. It’s way too small right now … their window is starting to close. You want to take advantage of right now when you can.”

There are other names worth a mention, including Kirk Muller, an associate coach with the Montreal Canadiens who filled in for Claude Julien when he couldn’t continue coaching in the postseason after a heart stent procedure. Muller does have previous head coaching experience, notably when he went 80-80-27 during his three years with Carolina that ended in 2014. Former Swedish team national coach Rikard Gronborg is another name, though he has no NHL experience. Bruce Boudreau also has experience, but Boudreau, who was fired by the Minnesota Wild in February, coached the Capitals from 2007 to 2011. While he led them to the playoffs in 2008, there is a sense that Boudreau back to Washington isn’t a locked-in option.

“Who is the best fit [for Washington]? It’s a combination of experience, success, communication and interaction ability,” said Neil Glasberg, one of the NHL’s most prominent coaching agents, who counts Gallant, Mike Sullivan and Geoff Ward as clients. “Success on the team is based on one’s ability to communicate.”

That skill — communication — could be crucial for a Capitals team that has players who need an extra push.

“With a veteran team, you would need a veteran voice, you would think, and someone who has been there, done that, can raise their voice and get respect and take it to the next level,” May said. “That push should be resembled on the ice. There should be some fight back. Because really, two years in a row were a whimper. The playoffs were a whimper.”