The only old-fashioned aspect of the RNC: The jockeying for 2024 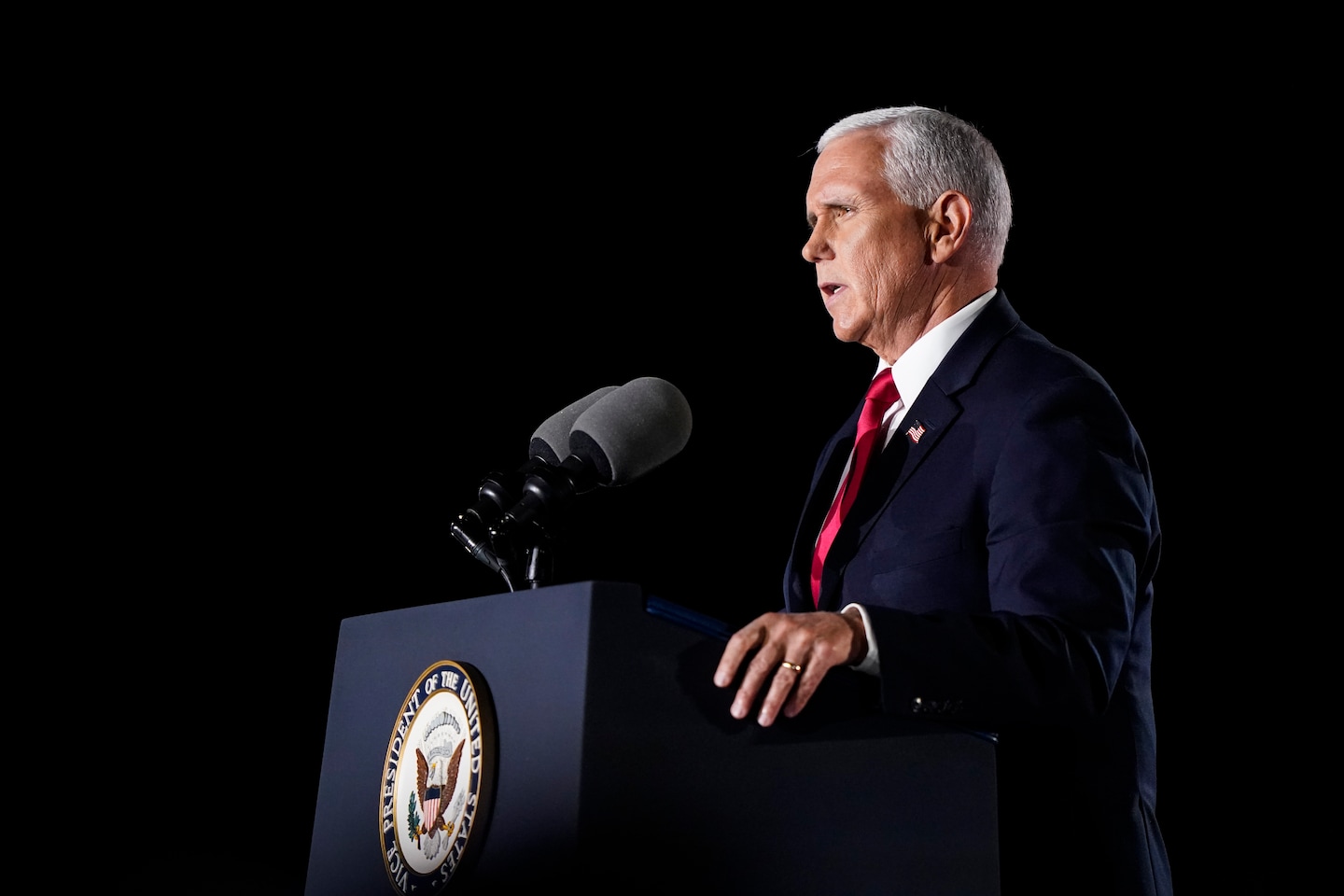 So on Wednesday night, Pence denounced Democratic nominee Joe Biden with little regard to what is true and what isn’t. Biden, Pence insisted, is an advocate of “open borders” (he’s not), “a cheerleader for communist China” (hardly), and “a Trojan horse for a radical left” (the radical left would be surprised) who would “end fracking” (Biden said he wouldn’t). All in a day’s work for Pence.

Nor did he stint on praise for his boss. “Few presidents,” Pence said, “have brought more independence, energy and determination to that office.” And lest Trump ever suspect that Pence was building himself up, the vice president said of his 87-year-old mother: “Sometimes I think I’m actually her second-favorite candidate on the Trump-Pence ticket.”

Yet even the normal convention jostling for future standing is not what it usually is. Already the 2024 GOP field is divided between those who are addressing this mostly virtual gathering and those who aren’t. Among the missing notables are Republican Sens. Marco Rubio of Florida, Josh Hawley of Missouri, Ben Sasse of Nebraska and Ted Cruz of Texas, as well as Rep. Liz Cheney of Wyoming.

Those who skipped the chance to heap praise on Trump, particularly Rubio and Sasse, may end up being the best positioned in four years if this election ends in catastrophe for the party. Those who declined to be flatterers this week will be more credible as champions of a new path.

However unlovely his kowtowing to Trump may seem day-to-day, Pence embodies the bargain so many conservatives have made with the president.

A devout social conservative and as publicly pious as the leader of the church vestry, Pence has been

a bridge to Republican constituencies, especially White evangelicals, and a quiet explainer to more traditional Republicans of what Trump is up to — no easy job.

Speaking from historic Fort McHenry in Baltimore, Pence concisely wrapped up the old-fashioned Republicans’ case for Trump. He reminded his target audience that Trump had “appointed more than 200 conservative judges to our federal courts, supported the right to life and all our God-given liberties, including the Second Amendment right to bear arms,” while also enacting “the largest tax cut and reform in American history.”

What should make Pence nervous is the competition he’s run into this week in the who-can-glorify-Trump-the-most sweepstakes. For a while, Haley seemed to be cultivating an image of some independence from Trump. But she’s clearly decided that her future lies with winning over the president’s loyalists.

So while she presented herself as a unifier of Americans across racial lines and “the proud daughter of Indian immigrants,” she was happy to wield a hatchet for Trump against Joe Biden and “Joe’s boss,” former president Barack Obama. She tried to be as loyal as Pence but also her own person.

Scott’s speech was even more of a high-wire act. The GOP’s only Black senator spent a lot of time telling his own story, rather movingly. His introduction to himself fed the notion that he, too, wants to be president. But Scott also went on the attack against Biden, pointedly on issues that affect Black Americans, particularly the Democratic nominee’s support of the tough 1994 crime bill. It is a service pro-Trump Republicans won’t forget.

And if you wonder why Secretary of State Mike Pompeo violated all sorts of rules and norms connected with his job by appearing before the convention from Jerusalem, think 2024. He had to be in the mix. But since his brief comments barely moved the needle, offering them seemed, in the end, hardly worth all the trouble.

No such controversy surrounded Pence’s encomiums to the president on Wednesday. If the test for 2024 turns out to be which Republican was most willing to venerate and exalt Donald Trump under any and all circumstances, the race is already over.