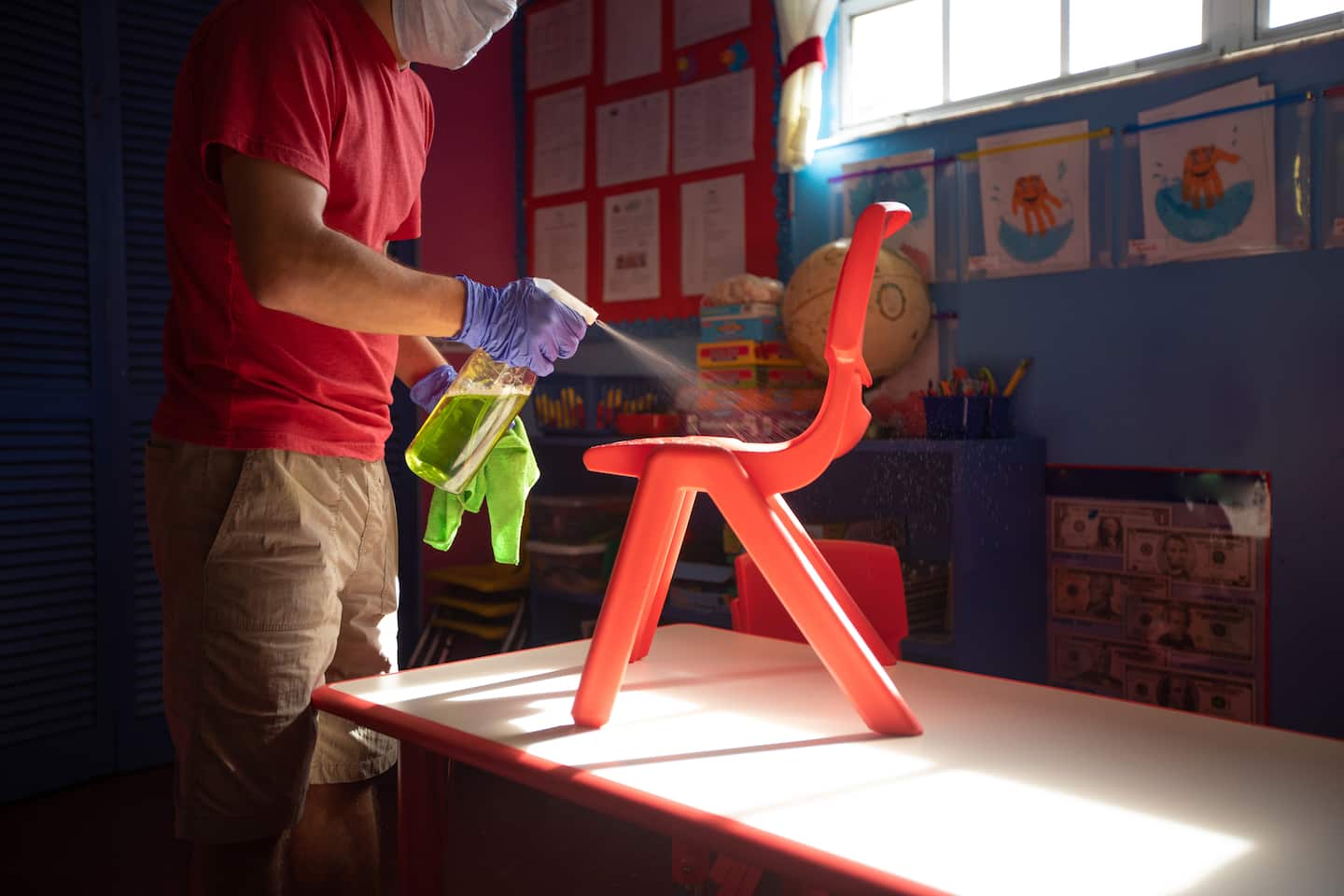 But seven months after child-care centers across the country closed for the first wave of the pandemic, research is providing some answers. Here’s what we know at this point.

What risk does covid-19 pose to young children?

Since the beginning of the pandemic, more than 741,000 children in the United States have tested positive for the coronavirus, according to recently updated data from the American Academy of Pediatrics. As of October, about 100 children and teenagers had died of the disease — a small portion of the country’s total death toll, which has now exceeded 221,000. Like adults, children with certain underlying conditions, including obesity, severe genetic or neurological disorders, diabetes, asthma and other chronic lung diseases, might be at greater risk of severe complications.

Can young children spread the virus?

Throughout the pandemic, concerns have persisted that coronavirus-infected children, who are often asymptomatic or have mild symptoms, may be silent spreaders.

A small study published in August in the Journal of Pediatrics found that some children have high levels of virus in their airways during the first three days of infection, despite showing few, if any, symptoms. Another recent study in JAMA Pediatrics reported that children younger than 5 with mild or moderate cases of covid-19 had similar or larger viral loads in their upper respiratory tract compared to older children and adults.

But experts say the amount of virus in young children doesn’t necessarily mean they are major sources of infection, and data on their risk of transmission has been scarce.

“There is definite evidence that kids can and do have higher viral loads, but less evidence epidemiologically that this translates into the ‘super spreaders’ situation that was feared months ago,” John O’Horo, an infectious-disease specialist with the Mayo Clinic in Rochester, Minn., wrote in an email.

Young children may have differences in their immune systems, or their smaller lungs could make it harder for them to breathe out infectious particles as far, O’Horo said in a phone interview. Whatever the case may be, it appears that “very small kids are not very efficient at transmitting virus the way that older kids and adults are,” he said.

Is it safe for young children to be in child care?

The results of studies examining the impact of child-care programs on community spread in the United States have been mixed.

In September, the CDC published a small study of contact-tracing data collected from three child-care centers in Salt Lake City from April to July and found that a dozen children probably contracted the novel coronavirus at the facilities and went on to infect their family members. Transmission was also linked to two children who had confirmed asymptomatic cases. Outbreaks at two of the centers were traced to staff members who were exposed to covid-19 through their family members, but the source of the outbreak at the third facility was not identified, the researchers wrote. According to the report, all the programs had varying safety measures in place at the time.

But a more recent study from researchers at Yale University, who surveyed more than 57,000 child-care workers in May and June, presented evidence that experts say can provide reassurance that risk-mitigation efforts could be effective in such environments. The national survey, which was published in the journal Pediatrics in October, found that child-care workers who continued to go to work during the early months of the pandemic, exposing themselves regularly to young children, did not have an increased risk of contracting the virus compared with those who stayed home — provided that safety measures were being strictly followed.

“These child-care programs were doing herculean efforts to keep children safe,” said Walter Gilliam, the paper’s lead author and a professor of child psychiatry and psychology at the Yale University Child Study Center. He added, “Could you imagine cleaning and disinfecting every surface and fixture in your house three times a day? It is incredible the amount of effort that they were going through.”

The study’s findings appear to align with another CDC report from August that suggested child-care facilities could reopen safely if community spread was low and strict protocols were enforced.

Yvonne Maldonado, chief of the infectious diseases division in the department of pediatrics at Stanford Medicine, said the Yale study contributes important information to what is known about child-care programs and covid-19.

“Studies like this really do help understand, on a large scale, what do we think is happening,” said Maldonado, who was not part of the research. But, she added, the study does have limitations, namely that it relied on self-reported survey responses.

“We don’t have testing data, and we certainly don’t know if all asymptomatics were identified,” she said.

Gilliam also noted that his team focused on whether children posed risks to adults in child-care facilities and did not examine transmission from adult to child or potential spread among the children themselves.

“You’d expect that eventually, it would end up with the adults, even if it went from child to child, it would go back to the adults, and we didn’t see that,” he said.

The Mayo Clinic’s O’Horo, who has a 2-year-old son, said he feels “perfectly safe” allowing his child to be in a preschool environment now.

“Part of that is our confidence in the local child-care facility, but [the Yale study] gives more confidence that it’s not just our local facility that can manage this, that child care across the country has found ways to adapt to the pandemic,” he said.

How do you assess whether day cares and preschools are safe?

Research has shown that adhering to public health guidelines can help slow the spread of the virus, said Xiaoyan Song, director of infection control and epidemiology at Children’s National Hospital.

“There’s no reason for anyone to be panicked because we know we have very effective ways to deal with this virus,” Song said. “By taking the proper precautions, life can go on.”

Gilliam urged parents to evaluate whether their child-care program has the resources and staffing required to implement necessary safety measures, such as frequent disinfecting of surfaces, small group sizes and social distancing. Song suggested creating a checklist of questions that starts with whether facilities have a diligent symptom-screening process for children and staff.

Parents should also be aware of what happens if an employee gets sick, Gilliam said. Are they still paid even if they can’t come into work? Who will substitute for them? And, he said, parents should ask the providers whether they feel like have what they need to maintain a safe environment.

Additionally, Gilliam recommended parents pay close attention to the levels of the coronavirus cases within their community.

“Child-care programs don’t seem to pose a threat to communities, but that doesn’t mean that communities can’t threaten child care,” he said. “If community transmission rates are high, then that puts so much of a strain on child-care programs and schools to try to keep it out.”

Although science and expert opinions should factor into these decisions, O’Horo said they usually come down to how much risk people are willing to take.

“That’s always going to be a very individual decision about what degree of risk you can tolerate for your children and for other household members,” he said.