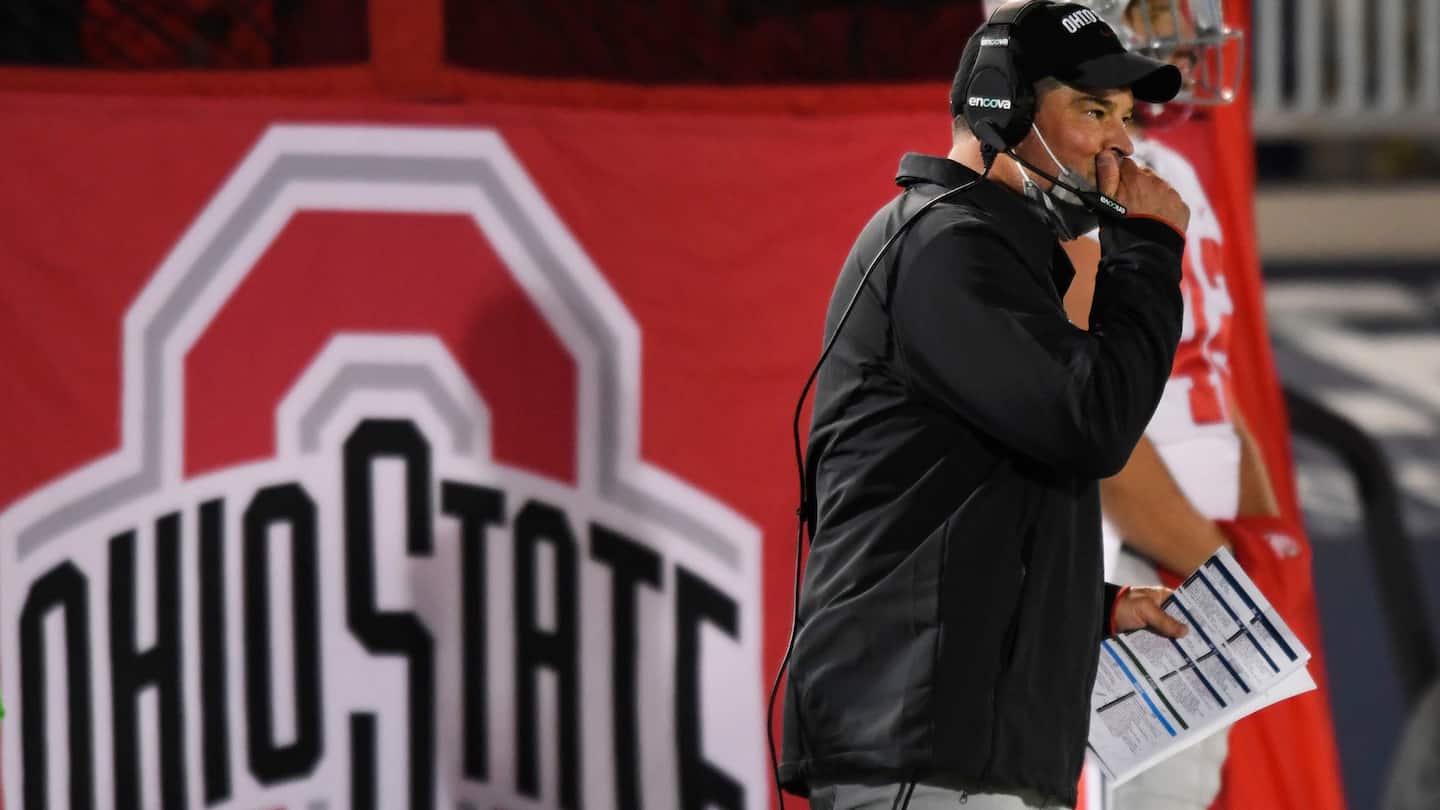 The handwringing around college football’s postseason selection process seems peak 2020, and the Buckeyes are the bell cow. The coronavirus has canceled or postponed more than 100 games nationwide, including two for Ohio State. The sport has a desperate, contortionist feel to it that seems unique to this season because the virus has ripped through programs and programs have subsequently had to rip up their schedules.

This kind of virus-necessitated inequity perfectly encapsulates the chaos of a year defined by a pandemic. It was predictable when the ACC began its season Sept. 10, the SEC on Sept. 26 and the Big Ten not until Oct. 23. But let’s be clear: Unfairness has always been baked into the process of determining college football’s national champion. That was true when the champ was determined by voters sitting behind keyboards and debating over beers. That remains true now, when the teams invited to participate in a three-game playoff are determined by men and women weekly rubbing elbows in a Texas conference room.

It’s all just different versions of the same argument. But there is some form of perceived injustice every year. The entire sport has long been built on figuring out which matchups would be attractive for television — and then executing them. It’s as much a part of the tradition as dotting the “i” in Ohio or rubbing Howard’s Rock on the way to the field at Clemson. To some extent, deservedness be damned.

Which brings us to three elements of this year’s quagmire: the Big Ten’s bungled start to a disjointed season; Ohio State’s role in limiting its own schedule and therefore, perhaps, its opportunity; and the potential scenarios going forward.

Go back to August, when the Big Ten boldly announced it would cancel its fall sports season because of the global pandemic, the first Power Five conference to do so. At the time, Big Ten Commissioner Kevin Warren — on the job all of eight months — said, “It became abundantly clear that there was too much uncertainty regarding potential medical risks to allow our student-athletes to compete this fall.”

The decision, to these eyes, seemed prudent. To the football-playing and -watching community, it was premature. Thirty-six days later, the Big Ten reversed course, pitching the idea of a nine-game schedule played over nine weeks — including a conference title game. In a world in which adjustments must be made as a nod to public health — in which wiggle room must be built into any plan — the Big Ten left itself with none. What has played out was predictable: eight of the league’s 14 teams with at least one canceled game. Northwestern’s game against Minnesota for this coming Saturday is already off, so the Wildcats will become the ninth school affected. Wisconsin has played just three times.

So here we are, with Ohio State — a playoff participant three times in the system’s six-year existence — desperate to play again. When the Big Ten came up with its by-the-seat-of-its-pants season, the conference decided — under duress, in an ad hoc way — that in order for a school to compete for the league title, it must play six games. Here are the Buckeyes, having outscored their first four opponents by an average of nearly three touchdowns — but with Coach Ryan Day coming off a positive coronavirus test, with practice still halted and with this past Saturday’s game at Illinois canceled because the program had reached one Big Ten benchmark, a positivity rate of at least 7.5 percent among the 170 players, coaches and other staff members.

About that: Any assessment of this situation must acknowledge Ohio State’s judiciousness as it relates to the Illinois game. The conference’s protocols didn’t require the game to be canceled. But the virus is thriving in Columbus — and throughout Ohio, where the rolling seven-day average of new daily cases remains more than 8,000, according to The Washington Post’s tracker.

“Could we have played? Sure,” Athletic Director Gene Smith said on a Saturday conference call. “Was it the right thing to play? No.”

That’s a different tenor than what we heard from Clemson and Florida State a week earlier, when the Tigers’ game in Tallahassee was scrapped because a Clemson player had tested positive — a development that was met not with concern but with finger-pointing on both sides. The low point came from Clemson Coach Dabo Swinney: “Covid was just an excuse to cancel the game.” Please.

Instead, here’s Smith, speaking for himself — but also for all of us: “I have no clue what this afternoon or tomorrow will bring, or next week will bring.”

So the frankness from Columbus is to be commended, even as that decision lessened the Buckeyes’ chances of playing for a conference title, and therefore lessened its chances of qualifying for the CFP. Any acquiescence to public health is worth acknowledging.

Now, look what it yields in terms of potential scenarios. The Buckeyes don’t even know when they’ll be able to practice for Saturday’s scheduled game against Michigan State. On Monday, Ohio State’s remaining opponent, archrival Michigan, paused in-person preparations because of what Coach Jim Harbaugh described as “an increased number of presumptive positives.”

Would a decidedly truncated résumé preclude the Buckeyes from being considered over Texas A&M, which lost only to top-ranked Alabama and has two more games to go? Or over Florida, which has the inside track to face Alabama in the SEC title game — which would be its 11th game of the season? Or against Cincinnati or BYU — both unbeaten, each scheduled to play 10 games? This is a different version of the sport’s annual debate, with strength of schedule now replaced by length of schedule.

It’s all interesting, absurd theater against the backdrop of the pandemic. But in the end, know this: Whether it’s the Buckeyes or the Aggies or the Gators, the CFP’s priority is to make sure the final games can be staged so, subsequently, the massive checks can be written. Whether there’s a fair way to assess each team’s résumé amounts to nothing more than background noise — in a once-in-a-lifetime 2020 but every other year as well.