KEMEROVO, Russia — Maria Ivanko decided on the size of her family well before the coal mine where she works filed for bankruptcy and a pandemic plunged her into even greater uncertainty.

Fifteen years ago, she had her first child and knew it would be her last.

Evgenia Petrova, who also works at a coal mine near the Siberian city of Kemerovo, said she also intentionally had one child. And sitting to Petrova’s left in a roadside cafe, Elena Ponkratova, a local journalist, nodded in agreement. She has one child, a 25-year-old daughter.

The small family sizes are indicative of Russia’s stagnant birthrates and slumping population, made more acute by the pressures of the pandemic. President Vladimir Putin has said a shrinking Russia “haunts” him. So he has made reversing Russia’s population contraction a national priority, attempting to incentivize Russians to have bigger families by 2024. 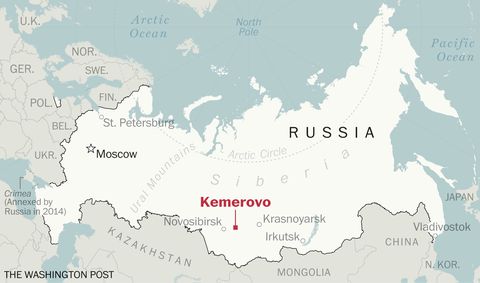 Kemerovo and the surrounding steppes, about 2,600 miles east of Moscow, show what stands in his way.

The population in the region declined by about 100,000 in just the past decade to 2.6 million, according to Russia’s statistics agency, Rosstat.

Overall, Russia is expected to see its biggest population drop since 2006, accelerated by borders closed to migrants and coronavirus deaths that currently stand at more than 36,000. The government projects a 352,500-person population decline this year, according to a report from the RBC news website, with an estimated decrease of 1.2 million people between 2020 and 2024.

Visitors take in a panoramic view on a hilltop in Kemerovo, Russia, on Nov. 14. (Arthur Bondar for The Washington Post)

A monument to Lenin stands in Kemerovo. (Arthur Bondar for The Washington Post)

Railway tankers sit near a chemical company in Kemerovo. (Arthur Bondar for The Washington Post)

One independent demographer, Alexey Raksha, forecasts Russia’s population, now about 146.7 million, could drop by 700,000 this year, a possible drop of nearly 0.5 percent.

Areas in Russia such as Kemerovo offer other contrasts. The coal industry, which boomed during the Soviet Union, is now a burden. The city’s most famous landmark is a monument to miners, jobs that now symbolize decline and hardships.

“If we had money to provide for our children, then of course it would’ve been different, and we would’ve had more kids,” said Ivanko, who plans to leave Kemerovo because her husband was able to find work at a mine in nearby Novosibirsk.

Mining was already struggling when the pandemic hit. The softening economy drove down coal demand, forcing more layoffs among miners typically paid less than $400 a month, about half of the region’s average salary. Those who kept their jobs say that wages have occasionally been withheld for up to three months at a time.

“The entire family lived on my dad’s pension and my mom’s salary,” said Ivanko, whose father and brother-in-law worked at mines before recent layoffs. “We are three sisters, but there are just three grandchildren.” 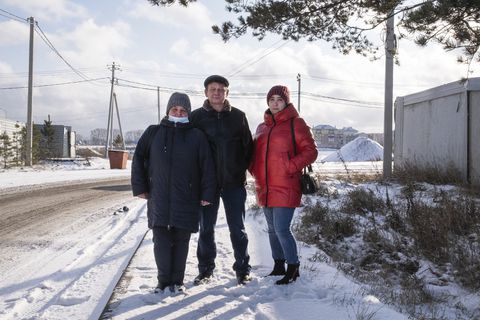 Young people tend to migrate to other Siberian cities or Moscow — another blow to the local birthrate. A mining program at a local college used to have around 90 students every term. There was just one this past year.

“Many people would like to leave,” said Ponkratova, the local journalist. “Everyone I talk to here says, we would leave if we could.”

A United Nations demographic report last year calculated that the “pessimistic” outlook for Russia is that the population will fall to 124.6 million by 2050 and to 83.7 million by 2100.

Raksha, the demographer, expects a bigger drop next year in another potential consequence of the pandemic. One indicator: Registered marriages this year through July were down 23 percent compared with the same period last year, according to Rosstat.

The pandemic made things “unpredictable, and in such situations, people delay birth,” said Raksha, who worked for Rosstat until this summer.

Putin’s solution: promising tax breaks for larger families and stipends for those who have kids.

The so-called maternity capital was successful when it was first introduced in 2007, Raksha said, but the one-time payment of about $6,000 for a second child falls well short of what’s needed in many Russians eyes. 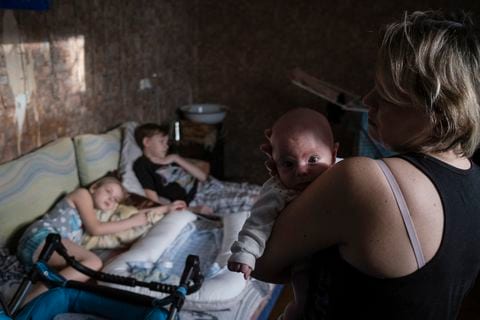 Elena Kalinchenko holds her baby in Kemerovo on Nov. 15. (Arthur Bondar for The Washington Post)

This year, Putin moved to pay families that amount for even the first child.

Three of the Kemerovo region’s five maternity wards were recently converted to coronavirus treatment centers. Just before the change happened, Sergey Evgenivich Baranov was born in September — the rare fourth child in his family.

His parents are beneficiaries of maternity capital, but they bemoaned the inconsistencies and bureaucratic headaches that come with it. For example, for having three children, they received a one-time stipend of around $7,800 under a former payment program but then received just a one-time payment of $300 without additional monthly allowances after having their fourth child.

The family also was supposed to receive a plot of land from the government as a reward for having the third child, but four years have passed without receiving it, said mother Elena Kalinchenko.

“You need to pay [around $500] just to prepare the documents for the land, so what kind of government support is this?” she added.

Their cramped two-bedroom apartment is so close to a coal mine that their home shakes every three days due to underground blasts. 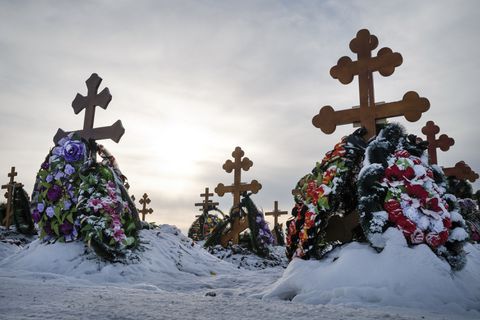 Fresh graves in Kemerovo on Nov. 15. (Arthur Bondar for The Washington Post)

In just one small section of Kemerovo’s cemetery, 25 plots were freshly dug on a recent Sunday morning. The rows of graves around them were new, with death dates of September, October and early November.

Russia officially claims fewer than 40,000 deaths from the coronavirus, but Raksha suspects the actual figure is significantly higher based on comparisons with the country’s past death statistics. The country’s regions — many located thousands of miles from Moscow — have especially struggled during the pandemic, lacking available hospital beds and medicine.

In Kemerovo, respiratory illnesses and cancers were already prevalent, blamed on severe pollution. The mortality rate remains among Russia’s highest — 14.6 deaths per 1,000 people in 2019 compared with 9 births per 1,000.

“Ask anyone here, and they’ll have a loved one who died from cancer,” said Maksim Uchatov, a local activist.

In the region’s town of Kiselyovsk, a large mine looms over the small downtown area like a dirt mound skyline. A tattered, faded sign reads: “I love you, my city, Kiselyovsk.”

Last year, 15 residents in a nearby village appealed to Canadian Prime Minister Justin Trudeau for asylum in a video address because their homes are located just steps away from an abandoned underground mine that they say is still radioactive. One plot of ground is roped off with “Stop no entry” signs.

A view into an open coal mine in Kiselyovsk, seen Nov. 13. (Arthur Bondar for The Washington Post)

Signs warn against entry to former mine land that nearby residents say remains radioactive. (Arthur Bondar for The Washington Post)

Vladimir Gorenko stands in his house in Apanas, Russia, on Nov. 13. (Arthur Bondar for The Washington Post)

The Canadian government later responded that the residents’ requests can be considered only if the applicants qualify as refugees under immigration law.

Vitaly Shestakov, who lives down the road from the abandoned mine, moved to the area with his wife and young daughter six years ago.

They considered having another child, he said. But then two years ago, Shestakov rushed both his wife and daughter to the hospital after they suddenly fell ill. He said doctors later identified the cause as carbon monoxide poisoning, though gas heating in the region was turned off for the summer.

Residents have appealed for the government to relocate them. Shestakov staged a hunger strike for nine days to bring attention to the issue, but local authorities largely ignored it, he said.

An hour away, Vladimir Gorenko and his wife, Svetlana, live at the edge of the taiga forest in an unpaved village lined with signs asking the coal industry to stay away. The couple has two adult children, including a son who has three kids of his own.

The son moved his young family away from the Kemerovo area to Krasnodar on the Black Sea.

“Living there is death,” Gorenko said of Kemerovo. “He wanted his three kids to grow up healthy.” 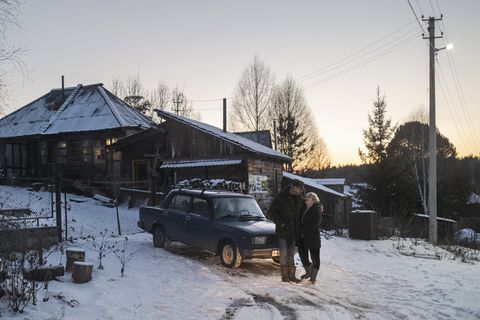 Vladimir Gorenko and Svetlana Gorenkova stand near their home in Apanas. (Arthur Bondar for The Washington Post)

Most world leaders have pardon power. Few use it the way Trump has.

In Iran, hopes for Biden era are tempered by years of hardship and broken U.S. promises