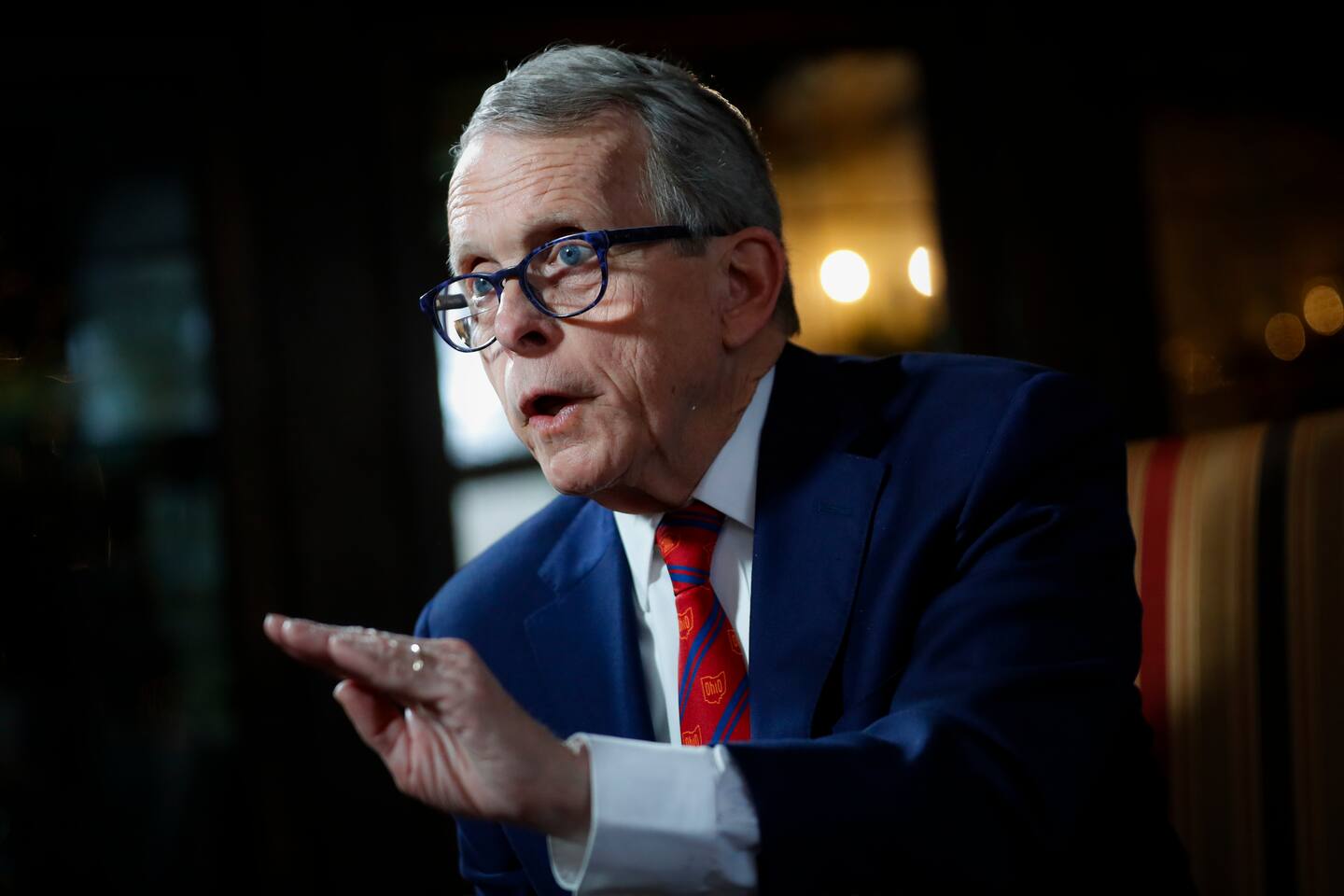 A group of four Republican state lawmakers filed a dozen articles of impeachment against DeWine on Monday, saying the governor violated state and federal laws by requiring masks in public and ordering some businesses to close.

“Rather than hearing the cries of Ohioans, Gov. DeWine continues to stifle those cries by finding more inventive ways to use masks to muffle the voices of the people,” state Rep. John Becker (R) said in a statement.

But with the pandemic having killed more than 267,000 people across the country and at least 6,429 in Ohio, DeWine brushed off their efforts and urged the lawmakers to focus on those suffering from or fighting covid-19 on the front lines.

“There’s a small number of people out there making a lot of noise,” he said during a news conference Monday. “I just wish they’d go spend some time talking to somebody who suffered through this.”

As governors around the country have worked to contain the virus, many have been met with fierce political resistance and even threats of violence. Last week, a county board in rural Michigan approved a resolution supporting the impeachment of Gov. Gretchen Whitmer (D), who had been targeted by a failed kidnapping plot earlier this year.

Amid anti-lockdown protests in the spring, clashes with President Trump and spats with other state lawmakers, no other governor has seen that backlash turn into a serious effort to remove them from office before the end of their term.

DeWine, who won his first term in 2018, rapidly emerged as a leader in the nation’s response to the coronavirus. A former U.S. senator, the 73-year-old governor moved early and aggressively to close schools and restaurants and delay Ohio’s primary election.

When crowds of demonstrators repeatedly descended on the state capitol to protest Ohio’s top health official and statewide lockdown measures, he urged them to target him instead.

DeWine, too, was quick to dismiss the effort.

“My priorities are to keep people safe and to get our economy moving faster,” the governor said at the time. “If there are others in the legislature who want to spend their time drawing up resolutions and filing articles … I’d just say to them, ‘Have at it.’ ”

Three months later, the GOP representatives tried again. In articles of impeachment filed Monday, Becker and three co-signers alleged that DeWine overstepped his authority as governor and violated the separation of powers doctrine established in the Ohio Constitution, committing acts of “mismanagement, malfeasance, abuse of power and other crimes.”

Besides singling out a nightly curfew instituted last month, they accused him of “meddling” in the Ohio primary and “weaponizing” a state agency, the Ohio Bureau of Workers’ Compensation, to “bully and harass businesses and the people” into wearing masks in public.

For an Ohio governor to be impeached, a majority of the state House of Representatives would need to approve the resolution, and two-thirds of the state Senate would then need to vote to convict. Republicans hold a majority in both chambers.

Asked about the impeachment effort during a Monday news conference, DeWine urged anyone denying or trying to distract from the virus to instead speak with health workers tending to coronavirus patients.

“At some point, this foolishness has got to stop,” DeWine said during a news conference, during which he appeared beside a group of nurses. “I’m not talking about most Ohioans — just a small number of people who for whatever reason just continue to think and act this is some big joke and this is all some fantasy.”