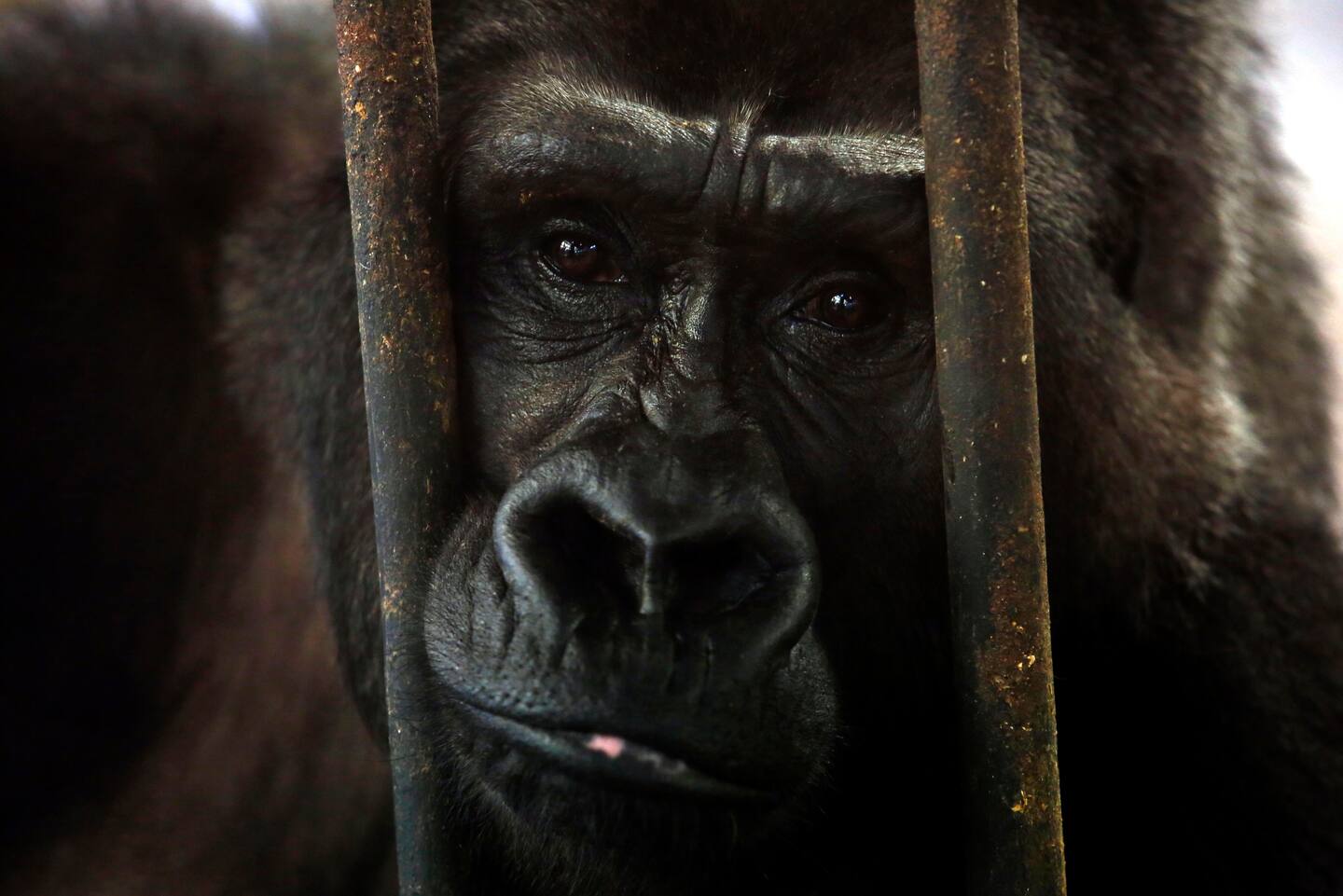 According to the group, Bua Noi was captured as a baby and taken to the small rooftop zoo, which has imprisoned animals in “abysmal conditions” since the 1980s. Numerous reviews of the establishment on TripAdvisor refer to it as “animal hell.”

In a handwritten letter dated Dec. 5., animal lover Cher wrote to Thailand’s environment minister, Varawut Silpa-archa, asking for him to “find it in his heart” to help her with her mission to release the gorilla.

In the document, the recording star expressed “deep concern” over the living conditions that Bua Noi and other primates are being kept in and said that Free the Wild — the animal charity she co-founded — had teamed up with Aspinall Foundation to secure a sanctuary for the animals at no expense to the zoo’s owner or the Thai government.

If granted permission to relocate Bua Noi, the gorilla would be moved to a peaceful and natural environment in Congo and given the opportunity to socialize with other primates, Cher said.

Following the singer’s plea, Silpa-archa said that the zoo was devising a plan to relocate the animals and that the plight of Bua Noi had not been forgotten by officials, Sky News reported.

“I, myself as minister in charge of wildlife conservation, have given instruction to the relevant agencies in order to find the best solution for a better life of Bua Noi,” he said.

Over the weekend Cher took to Twitter to vent her frustration at the owner of the zoo and department store, Kanit Sermsirimongkol, calling him a “greedy” and “money hungry man” who was profiting at the expense of animals “trapped” in captivity.

“Good People Of Bangkok I Know You Will Understand & Help Me Stop The Torturing Of Innocent Animals,” she tweeted, urging her 3.8 million followers to help her “bring peace” to the animals at Pata Zoo.

The zoo’s owner told the Bangkok Post this year that Bua Noi’s concrete surroundings were designed to resemble a cave and that she has a television for entertainment. When asked about possibly relocating the gorilla, Sermsirimongkol said it would be a “difficult task.”

“Want to send her back to nature? We should think about the animals’ quality of life in the jungle. They are under threat from diseases like AIDS and Ebola, as well as civil wars and poachers,” he said.

Cher’s fight to save Bua Noi comes days after Kaavan, an isolated and mistreated elephant, made the journey from Islamabad’s run-down Marghazar Zoo to its new home in Cambodia — thanks to a lengthy campaign fronted by the singer, who worked alongside experts to free the 36-year-old elephant who spent decades alone and in shackles.

Cher flew to Cambodia’s Siem Reap International Airport to greet the elephant before it made its way to Cambodia Wildlife Sanctuary, where a juicy fruitcake and new friends were waiting for him.

Like those who helped save Kaavan, animal rights campaigners, charities and tourists have long been fighting to free Bua Noi and other animals at the seventh-floor zoo from a life of suffering.

Staff at the organization Free Gorilla have spent years campaigning for the zoo to be closed and say that the lack of visitors due to the global health crisis this year will have made the animals at the zoo even more isolated.

On its website, the group says its mission is for all 200 animals at the Bangkok zoo to be relocated.

A petition launched by the foundation calling on authorities not to renew the zoo’s license garnered more than 125,000 signatures.

Free The Wild co-founder Mark Cowne told Sky News that the charity had received reports that the zoo was “overrun with rats and cockroaches,” with many visitors concerned about the mental well-being of the animals.

In November last year, animal rights activists staged a peaceful protest outside the mall, holding signs that said “cruelty is not entertainment,” while calling on people to boycott the zoo.

After visiting the zoo in 2018, wildlife photographer Aaron Gekoski told the Dodo that the enclosures were “dark, dirty and depressing,” adding that the animals were showing signs of depression and boredom, with one of the chimpanzees being kept inside a cage that was so filthy it was almost impossible to see that there was an animal inside.

One of Gekoski’s photos showed a downcast orangutan sprawled on its stomach on the concrete floor with metal poles and a chain hanging in the background. The image he said, reduced some to tears.

“This is the sort of response I want to evoke in people — we need to get emotional about cruel wildlife tourism,” he said at the time.