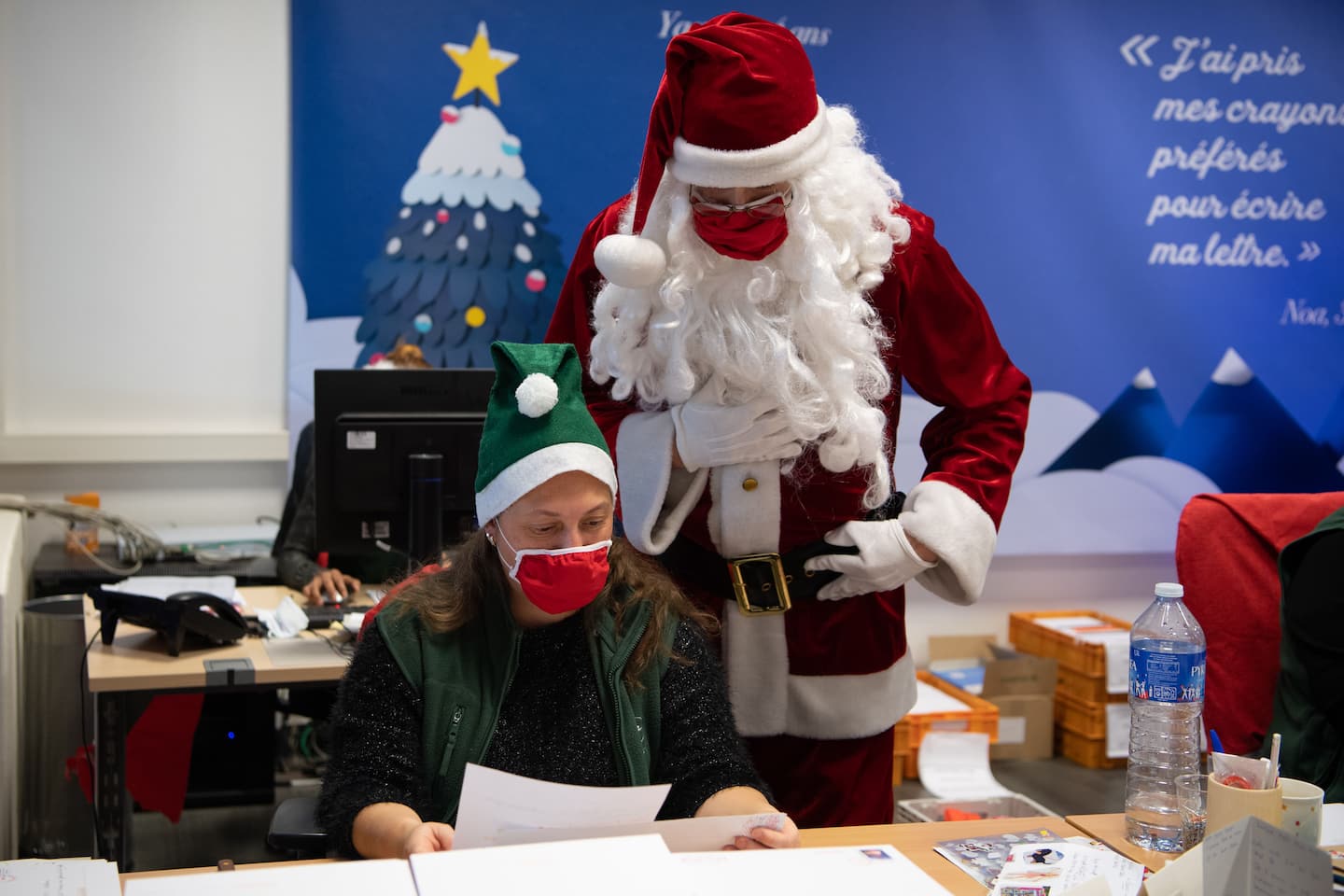 The letters to Saint Nick, which the U.S. Postal Service says it has been sending along for 108 years, reflect the unique hardships of this year, capturing the earnest pleas and eagle-eyed determination of children whose lives have been upended by the pandemic.

“Were you sick during this virus thing?” a child from Texas wrote. “Please come this year wear a mask if you have to.”

Other than material objects, wrote a child from Virginia, “I just want mom to be happy. I know this Christmas is going to be hard for her.”

She continued, “But I really do want a phone.”

A small sampling of letters shows children asking for toys, books, games and gadgets. But the correspondence — some of which is written by parents on behalf of their kids — also reveals households that are struggling with money, coping with illness and death in the family, and suffering through the unique pain and social isolation brought on by the coronavirus.

“It has been a hard year for all of us, but mostly my mom,” read a letter from Illinois. “If you didn’t know my grandma died. Since then it hasn’t been the same.”

Since 2017, the mail service has run a limited gift-donation campaign connecting generous people with the children and families asking for Santa’s help. After an expansion in 2019, the USPS is now facilitating gift-giving from anywhere in the country, dubbed Operation Santa. Through the agency’s website, people and organizations can “adopt” children’s letters and then send responses and gifts to fulfill holiday wishes and assist Santa’s efforts.

As of Thursday afternoon, all the letters had been “adopted,” according to the USPS website. But the Postal Service encourages people to check again later, as new letters arrive every day.