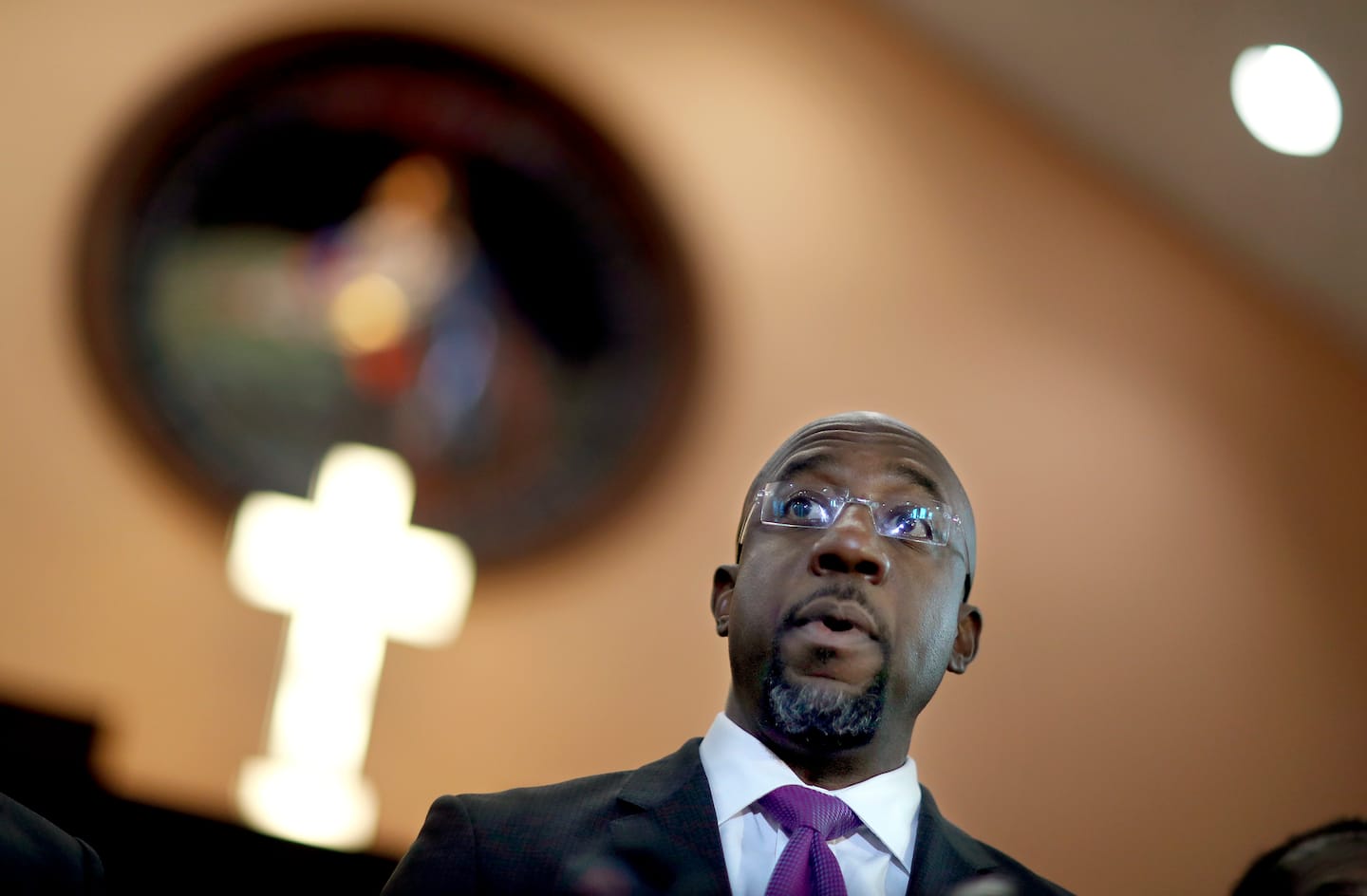 Warnock once again stands before a community in Georgia, this time as candidate for the U.S. Senate. If he is elected in January, he will be the first member of Congress from the South since Reconstruction to explicitly profess the spiritual tradition of the social gospel as envisioned and designed by people of African descent.

Perhaps because this spirituality — commonly referred to as the Black church tradition of resistance and redemption — has been absent from government for so long, and so often ignored by historians and scholars, it is easily misinterpreted. But anyone who cares to look will find that this theology has advanced justice in our country for generations.

Not surprisingly, Warnock’s beliefs have already been widely mischaracterized in coverage of the Georgia Senate runoff. Conservative pundits claim they inject politics into the pulpit. They appear to be completely unaware that the “politics” of the Black church tradition are rooted in the words of Jesus, who called for every Christian to be a champion of the poor.

Warnock’s preaching has also been branded as “anti-American.” But he is following Jesus — and in the footsteps of the best-known articulator of the Black church tradition, the Rev. Martin Luther King Jr., who believed poverty, racism and militarism were the triple evils that threatened America’s democratic ideals. Both Jesus and King said that people of faith must serve God with all our heart, mind and soul — and that placing service to a government above the embodiment of love is an act of idolatry. Far from being new or extremist, this belief has been preached from pulpits and hush harbors since Black people began worshiping in this country without the infringement of White overseers.

Warnock’s approach to the social gospel grew out of a question asked by these enslaved Blacks: How could a person be a Christian, love Jesus and argue for the sale of other human beings? In the cities and towns where Georgia Senate candidates are now campaigning, Black men and women kept pressing this question. It led them to form early independent churches, such as the First African Baptist Church of Savannah, and embrace new denominations, such as the African Methodist Episcopal Church, that placed at the center of their worship public rebukes of the hypocritical Christianity practiced by enslavers.

This social gospel designed by people of African descent had several pillars that should today resonate with all Americans, even if they are not themselves believers. This tradition holds that all human beings are children of God, and therefore endowed with inherent worth and dignity. Racism is a sin that corrupts the human personality and prevents equitable relationships. Love and justice are the prerequisites for creating what King labeled a “Beloved Community.”

The importance of this theology did not diminish after slavery. Too many Blacks remained oppressed; too many White Christians used faith to justify a white-supremacist status quo. The central contradiction was simply reframed: How could a person be a Christian, love Jesus and argue that his fellow human beings should be denied the vote, kept in poverty, refused health care and unjustly imprisoned because of their race?

These contradictions are with us still, and Warnock is well prepared to address them. He was raised in public housing in Savannah by Black Pentecostal preachers and saw at a young age how policymakers with a moral compass can improve the lives of marginalized citizens. As senior pastor of Atlanta’s Ebenezer Baptist Church — where King and his father were both pastors — Warnock has devoted himself to the social-justice demands of his Christian faith.

He has said that, as a senator, his priorities will reflect the moral imperatives central to Black theology. He will speak for the economically disenfranchised and against the racial and gender inequalities interwoven into our politics. He has pledged to ask the important questions: Will we continue to punish the poor and working class by limiting access to health care? Will we invest in prisons over education? Will we celebrate essential workers with rhetoric while denying them essential wages? To Warnock, these issues are moral, not political. What we do to the “least of these” tells us who we are as a nation.

Just as on that day in 1989, Warnock is prepared to sound the trumpet on behalf of those left out of American society. His critics might call this message radical — but so was Jesus. They might call it anti-American — but it has been part of America’s story for centuries. The fact that so few Americans recognize this shows just how desperately Warnock, and the tradition he represents, are needed in the Senate and our public life.