The Trump administration is delivering on a 2020 vaccine, but not at the levels the president suggested 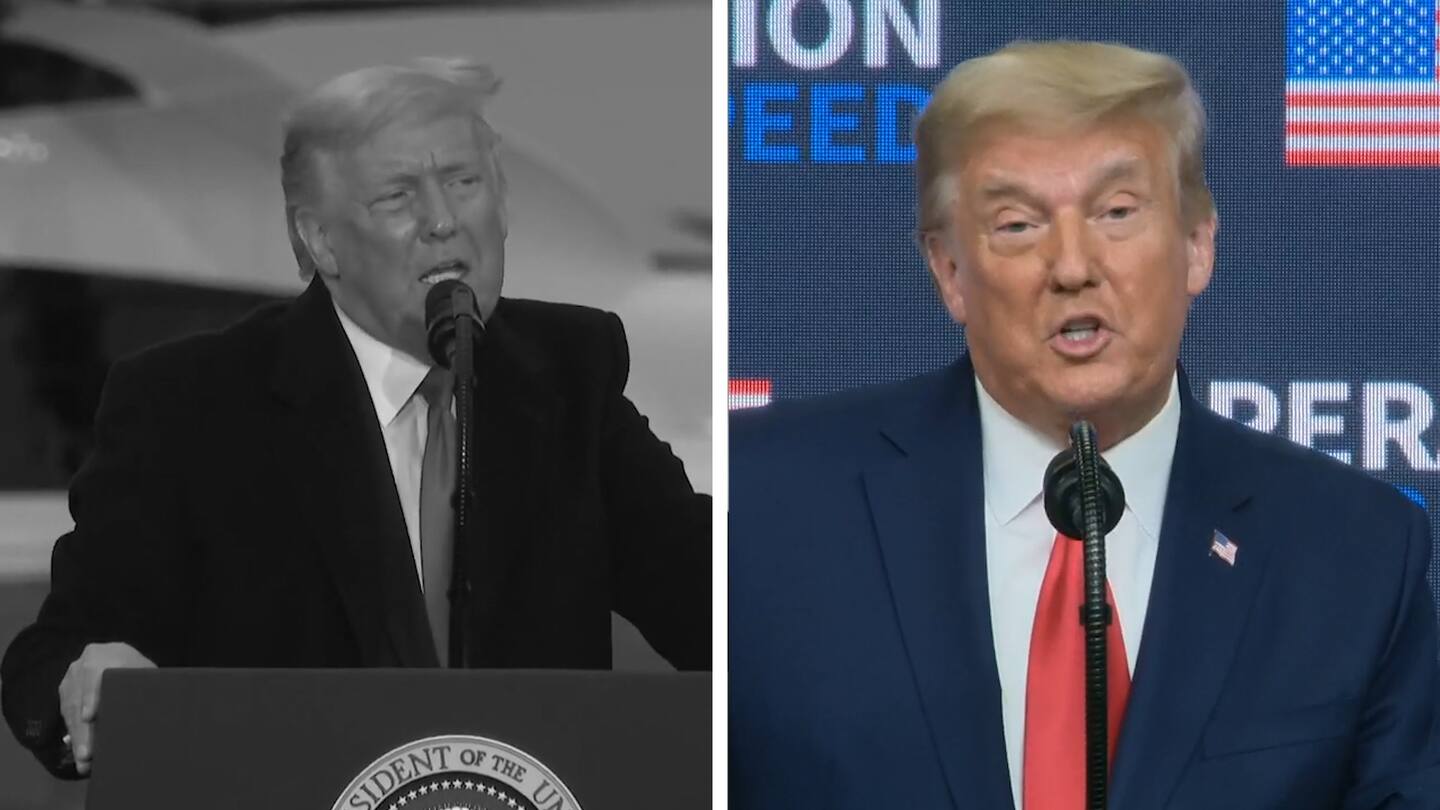 But that was hardly the only promise that Trump made about coronavirus vaccines. As with much of Trump’s presidency, he regularly over-promised on the efforts to combat the virus. That is especially true of how many people could be vaccinated by the end of the year, which Trump at one point said would be hundreds of millions. Now it is expected to be a fraction of that.

Many of the promises and predictions that Trump and his administration made on coronavirus vaccines have since been revised or contradicted by officials or the president himself. This has provided a confusing if not incomplete picture of when Americans can expect to be vaccinated amid a record surge of infections.

What follows is a comparison of what Trump and health officials have said about the development of coronavirus vaccines, examples of which you can watch in the video above.

When Americans could first be vaccinated

In September, Trump suggested a vaccine could be ready sometime in October, ahead of the Nov. 3 election.

“It’ll be delivered, the vaccine, before the end of the year and, frankly, maybe even during the month of October,” Trump said Sept. 4.

At a separate event the same day, he added: “We remain on track to deliver a vaccine before the end of the year, and maybe even before November 1. We think we can probably have it sometime during the month of October.”

The president earlier in the year had said the virus would subside as temperatures warmed and pressed for a relaxation of restrictions. Instead he faced rising numbers of infection through the summer and increased criticism of his handling of the health crisis.

Yet he continued to express optimism going into the election, saying the situation was being overinflated by political opponents and the media. In August, Trump even conspiratorially suggested that the “deep state” within the U.S. government might approve the vaccine right after the election — so as to damage him politically.

“I don’t need to have them announce on November 4, ‘Ladies and gentlemen, we’ve found the vaccine, it’s perfect,’“ Trump said Aug. 17. “I don’t need that.”

As it happens, news of the effectiveness of Pfizer’s coronavirus vaccine came six days after the election.

When mass inoculations could be delivered

When Trump formally unveiled Operation Warp Speed on May 15, two of his top health advisers offered lofty expectations for the vaccines.

“We use all of our regulatory tools to bring vaccine available for the entire American population by January,” Health and Human Services Secretary Alex Azar said at the time.

“I have very recently seen early data from a clinical trial with a coronavirus vaccine,” Slaoui said in May. “And this data made me feel even more confident that we will be able to deliver a few hundred million doses of vaccine by the end of 2020.”

In the weeks that followed, Trump offered varying — and often increasing — assurances about the availability of a vaccine to 100 million Americans by the end of the year.

“We expect to have 100 million doses of vaccine available before the end of the year and maybe much sooner than that,” Trump said July 18.

By September, Trump predicted, “We’ll have manufactured at least 100 million vaccine doses before the end of the year, and likely much more than that.”

Manufactured, of course, does not mean delivered, especially given the supplies and storage needed. By late October, though, Trump promised that those vaccines would be both manufactured and delivered by the end of the year.

“We will deliver 100 million doses of a safe vaccine before the end of the year, and maybe quite a bit sooner than that,” Trump said at a rally Oct. 26.

The White House has since significantly scaled back this expectation.

“We plan to have enough vaccine doses available for use in the U.S. population to immunize about 20 million individuals in the month of December and another 25 to 30 million per month on an ongoing bases from there on,” Slaoui said Nov. 13.

Complicating matters, some of the vaccines actually require two doses per patient.

On Monday, Azar said the goal was always to vaccinate tens of millions of Americans by the end of the year.

“We always said the goal was by the end of December to have in the tens of millions of doses of vaccines. I’ve said high tens of millions,” Azar told Fox News. “We’ll have 40 million immediately releasable, and we’ll have comparable amounts that are still going through quality control.”

By Tuesday, Trump said, “If authorized, tens of millions of vaccine doses will be available this month.”

When enough Americans will be vaccinated

Trump administration projections on this have also varied.

“If you’re asking me when is it going to be generally available to the American public, so we can begin to take advantage of vaccine to get back to our regular life, I think we’re probably looking at third, late second quarter, third quarter 2021,” CDC Director Robert Redfield told senators Sept. 16.

By late November, Slaoui said the United States could return to normalcy in May.

“Normally, with the level of efficacy we have [in vaccines] — 95 percent — 70 percent or so of the population being immunized would allow for true herd immunity to take place,” Slaoui said Nov. 22. “That is likely to happen somewhere in the month of May or something like that, based on our plans.”

But the following hour, the nation’s top infectious-disease expert, Anthony S. Fauci, watered down Slaoui’s projection by pointing to polling that has suggested mixed willingness by Americans to get vaccinated.

“I totally agree with [Slaoui],” Fauci said. But ”if you have a highly efficacious vaccine and only a relatively small, 40 to 50 percent of the people get vaccinated, you’re not going to get the herd immunity you need.”

How much the vaccines will cost taxpayers

In February, Azar pushed back against strict price controls on the companies working to develop coronavirus vaccines.

“We would want to ensure that we work to make it affordable, but we can’t control that price because we need the private sector to invest,” Azar said at a Feb. 26 House hearing. “The priority is to get vaccines and therapeutics. Price controls won’t get us there.”

By May, Trump was playing down the potential that companies would try to profit off the pandemic.

“The last thing anybody is looking for is profit, in terms of what we’re doing,” Trump said when asked if vaccines developed by U.S. companies would be available to the world at affordable prices. “Every company, they want to get it out.”

In July, Gary Disbrow, the acting director of the Biomedical Advanced Research and Development Authority (BARDA), put a finer point on it.

“The goal is to negotiate the best price for the U.S. government,” Disbrow said July 2. “We would probably have to pay a slightly higher price for industry partners who chose not to receive government funding because they assumed 100 percent of the risk.”

To date, neither Pfizer nor Moderna have pledged to forgo profits on their coronavirus vaccines. Both are expected to receive emergency use authorizations from the Food and Drug Administration this month for their vaccines.