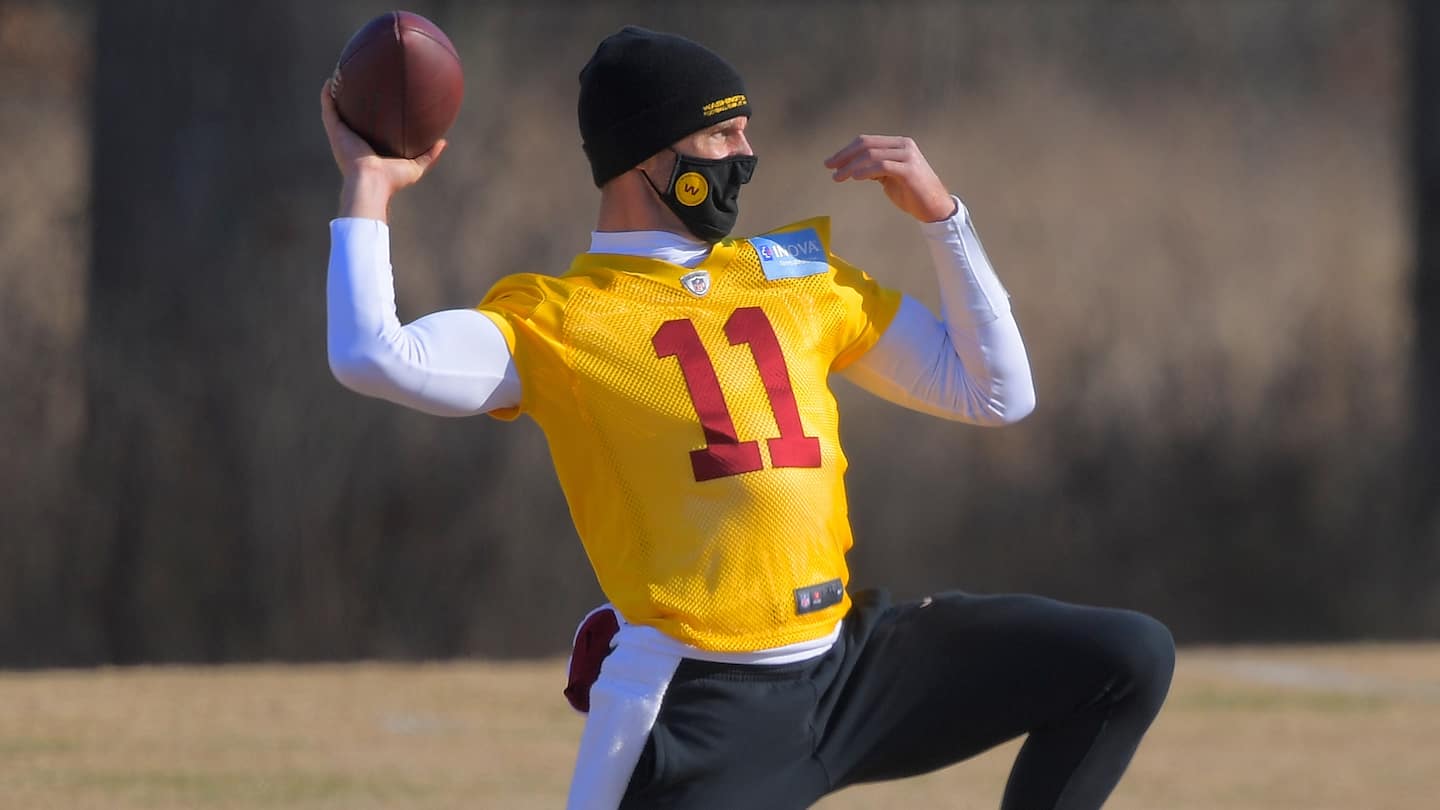 Smith, Pederson was saying, is definitely not flashy.

And yet what is? Pederson spent most of his playing career as the backup to Brett Favre, who was without question flashy but also knew how to win games. Too often, Pederson seemed to imply, flashy is a gaudy strand of numbers strewn across a stat sheet that means nothing to the standings.

Pederson said: “Three hundred yards here and there, and you lose the game. [Smith’s] not going to do that.”

That’s why Smith is Washington’s most essential player right now, no matter how brilliant Chase Young or Terry McLaurin (whose ankle injury forced him out of practice again Thursday) or anyone else might look on the field. Smith, dealing with a calf strain that has kept him out the past two games, took first-team reps as a limited participant in practice Thursday, and Coach Ron Rivera noted his movement was “much more fluid.”

In a year of perpetual chaos, where the coronavirus pandemic has stripped every day of basic normalcy and the team name has disappeared and the coach has fought cancer, Smith has been an island of calm. He is the reason Washington stands one victory from winning the NFC East.

It’s why Washington desperately needs his ailing calf to stop aching enough for him to play Sunday night against the Eagles, because even a diminished Smith gives Washington its best chance to make the playoffs. Mainly because of what he is not. Mainly because he isn’t flashy.

There’s no doubt Smith is the NFL’s best story this year, with his miraculous recovery from his gruesome right leg injury and 17 surgeries to remove an infection that almost killed him. But inside the team that is no longer dazzled by his return, the biggest story is the four-game winning streak that took Washington from last place to first and made Rivera proclaim it “relevant.”

The biggest worry that has lingered since Rivera’s “relevant” hovered in the locker room after the fourth straight victory is Smith’s calf. Without him, Washington has looked lost, losing two in a row, including a game to the depleted Carolina Panthers on Sunday that could have been a win and celebration of an improbable division title. He needs to play this Sunday night in Philadelphia if for no other reason than to be the least flashy player on the field.

“It’s about controlling the game,” Rivera said Monday when asked what Smith has brought this year.

This is no simple thing. So much gets lost in the statistics in today’s NFL. Smith is rarely a 300-yard passer. He doesn’t throw loads of touchdown passes. The nickname that has followed him from San Francisco to Kansas City and now Washington is “Captain Checkdown.” It’s not supposed to be a compliment.

And yet all those checkdowns do is win. Smith is 4-1 in his five starts this year and the fifth was headed to overtime if not for a mindless defensive penalty and an opponent’s extra-long field goal as time ran out. The successful part of the season, the stretch that has made the postseason imaginable, is the part where the team was his to maneuver as deliberately as he wished.

It’s the part that has been missing these past two weeks as Rivera burned through his remaining patience with Dwayne Haskins. It’s the part Washington must get back if it’s going to win a division title at 7-9.

For all its complexity, football remains a simple game. You usually win if you don’t give the ball away. In those four victories, Smith was intercepted just twice and Washington won the turnover battle each game. Only once did he throw for more than 166 yards.

During his weekly video news conference Wednesday, Smith said the past two weeks have been “frustrating” for him and that he has been working hard on a carefully constructed plan to get back. A plan that requires him to be patient and slow and not push himself too fast. At 36, already having faced what felt like a certain end to his career, he can probably handle this, a methodical crawl toward Sunday night in Philadelphia.

Asked what he has brought to this team this year, he was silent for a moment. These are questions he seems to despise, queries that demand he talk about himself. When he finally spoke, he used phrases such as “holding up your end” and “being accountable to your teammates and coaches and everybody in this organization” to describe his impact.

“Because we all depend on each other, and, obviously, as quarterback and touching the ball every play carries a lot of responsibility and a lot of people depending on you to go out there and make good decisions,” he added.

It was not flashy. In fact, it was downright boring. And yet it was exactly what his team needed him to say in the final days before the most important game of the strangest, craziest year.