If NBA players don’t want this All-Star Game, they have an easy solution: Refuse to play 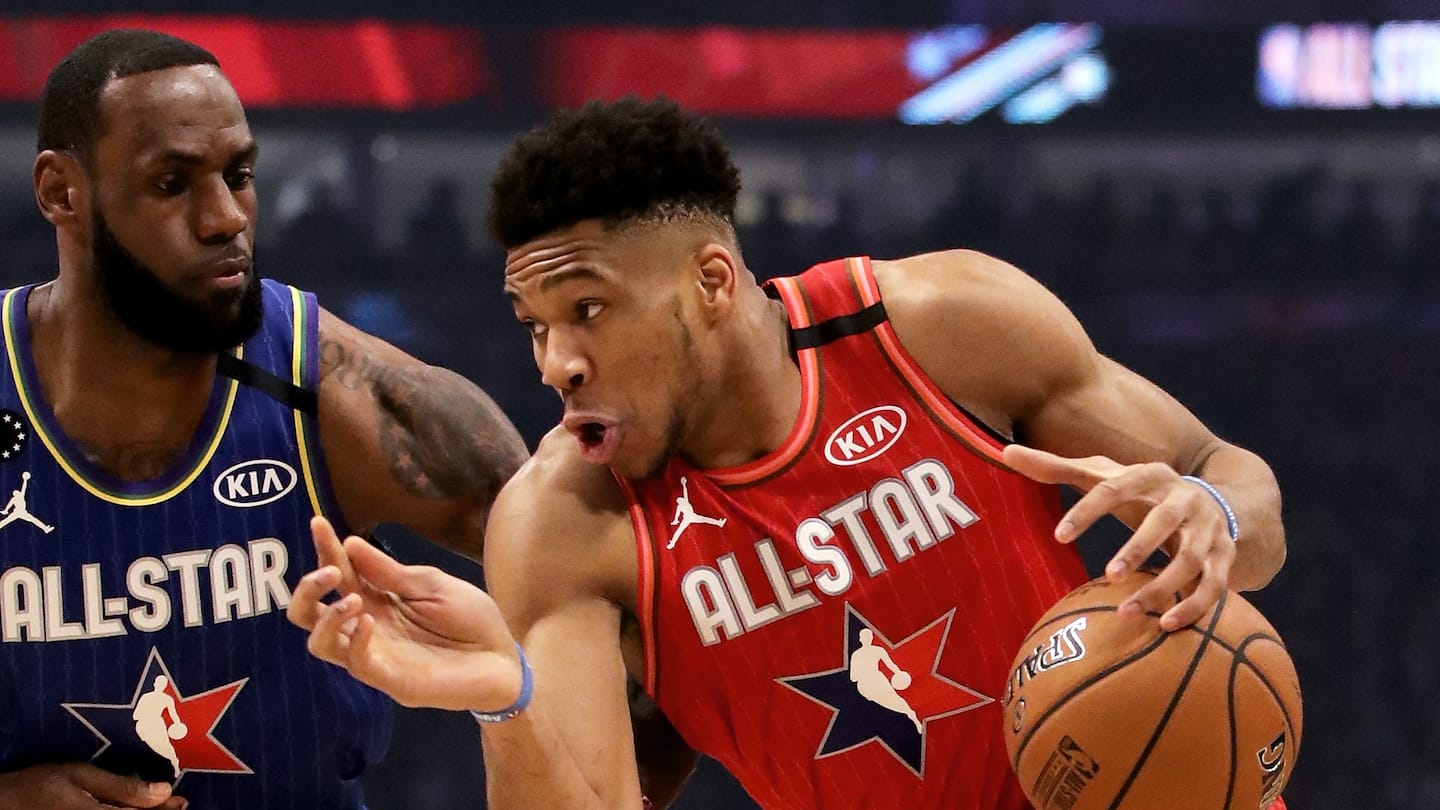 “We are calling for justice for Jacob Blake and demand the officers be held accountable,” read the statement. “For this to occur, it is imperative for the Wisconsin state legislature to reconvene after months of inaction and take up meaningful measures to address issues of police accountability, brutality and criminal justice reform.”

The players were widely applauded for exercising collective might on such a critical issue. It was an option available to them before and always — including now.

If so many of their lot — highlighted by stars LeBron James, Giannis Antetokounmpo, Kawhi Leonard and Kevin Durant — are opposed to chancing more travel in the pandemic to play the All-Star Game next month in Atlanta, there is a simple solution: Don’t.

NBA Commissioner Adam Silver declared last week that the game will go on, come covid-19 or high water, but what’s the commissioner going to do? Take the players’ union to court? Suspend the chosen all-stars after the midseason break? Dare him. Double dare him.

It was the positive test of Utah Jazz star Rudy Gobert almost a year ago that resonated throughout sports and the country as a sort of canary-in-the-coal-mine alarm about the contagiousness of this dangerous virus. It was also a sign that, for the NBA, this pandemic would become more than a distant public health concern. And it has. It is a personal health concern for the majority of its players, who, like Gobert, are Black — a matter of particular concern to them, just as is the issue of police brutality against Black men, for which the Bucks stood down.

Yet the commissioner decided to move the All-Star Game from Indianapolis, where it was originally planned, to, of all places, Atlanta, whose metropolitan area is home to a Black population of 1.9 million people, second only to greater New York City, and is the hub of a state where the covid-19 count is improving less rapidly than elsewhere.

“It seems like no decisions during this pandemic come without uncertainty and come without risk,” Silver told ESPN. “This is yet another one of them, and yet it’s my job to balance all those interests and ultimately it feels like the right thing to do to go forward.”

Atlanta Mayor Keisha Lance Bottoms (D) differed. She rightfully said last week: “Under normal circumstances, we would be extremely grateful for the opportunity to host the NBA All-Star game, but this is not a typical year. I have shared my concerns related to public health and safety with the NBA and Atlanta Hawks. We are in agreement that this is a made-for-TV event only, and people should not travel to Atlanta to party.”

Not only is the commissioner not heeding her plea, but Atlanta party promoters aren’t, either.

The league and the players’ union did negotiate to play their sport’s midseason showcase. So the players also have themselves to blame for agreeing to something many of them chirped on social media they didn’t want to do. Their union and the league agreed to cut down from the extravaganza All-Star Weekend has grown to be — replete with a celebrity game, a rising stars game for first- and second-year standouts, a skills competition and the requisite three-point shooting and dunk contests spread out over three days, culminating with the flagship game on Sunday night. All are performed before tens of thousands of fans paying exorbitant prices for hard-to-come-by ducats. And television broadcasts it all.

This year, only family members of all-stars and some folks from historically Black colleges and universities in Atlanta will be allowed to attend, and everything will be jammed into one day, with the celebrity and rising stars games not making the cut. How lucky for the young stars.

So what’s the point?

“We all know why we’re playing it,” Leonard told reporters this month. “It’s money on the line; it’s an opportunity to make more money. Just putting money over health right now, pretty much. … We’re playing games now, and it’s still a pandemic, doing all these protocols and rules, so it doesn’t really surprise me.”

Players’ union president Chris Paul cut the deal with the league providing that the event benefits HBCUs and funds efforts to combat covid-19. I’d argue that players can always cut checks, as many such as Paul have, to HBCUs and that a more impactful way to curb the spread of the coronavirus in and around Atlanta would be for players from all over the country to refuse Silver’s provision of private air travel to Atlanta altogether.

Through the weekend, 30 games had been postponed by the league because of positive tests and coronavirus protocols. What’s one game called off that doesn’t matter? A good idea.

It’s not too late. The ball is in the players’ hands.