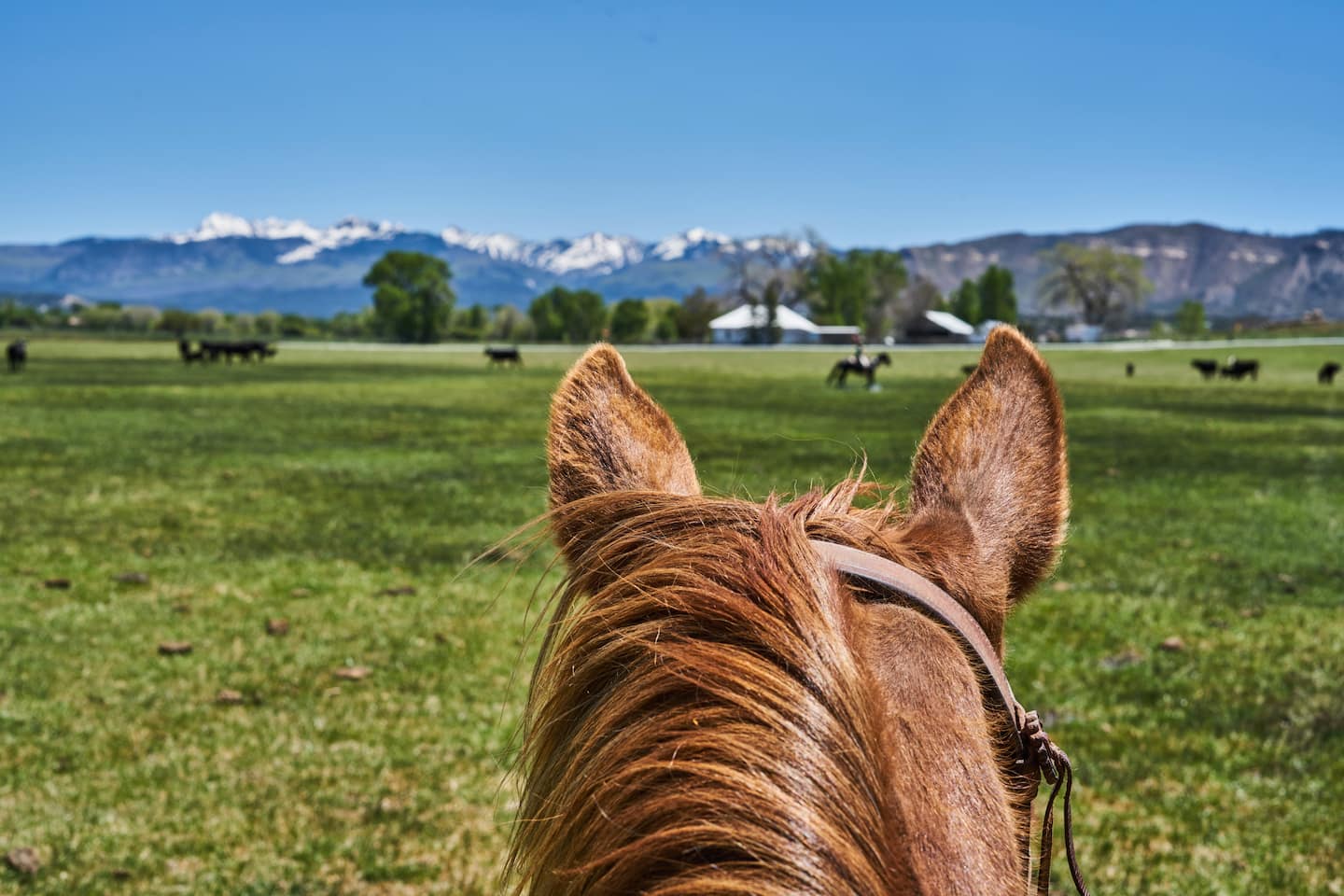 Six years ago, I was also a transplant, arriving with dogs and horses, eager for the excitement of new community and open space. I also brought along a “blue” political outlook in a decidedly “red” part of the state. Six years ago, that contrast wouldn’t have been a big concern the way it is in much of the country now. Out here, it still isn’t.

But as an outsider, you may not share values with your neighbors. You may not understand the local ways of life. You definitely might miss services and amenities you took for granted.

Since I work from home, signing up for Internet service was one of my first priorities. After the hookup, I got online to check email. The silent beach ball of buffering was still spinning as a cup of tea went cold. I canceled the lousy service and headed to the local public library where, I discovered, plenty of other folks also head for WiFi.

The average per capita income here is $26,000 and the poverty rate is 15 percent, 5 percentage points higher than the national average. Agriculture is a cultural and economic mainstay. Cattle drives can monopolize secondary roads and even state highways, as ranchers move their stock from one pasture to another.

Here, you learn that just because a creek runs through your property doesn’t mean you can draw from it. Water is controlled by deeded rights and enforced by a “water cop,” a sheriff’s deputy.

You learn that if cows come on your land, they’re not necessarily trespassing. Colorado is a fence-out state. So, if you don’t want livestock grazing on your land, build a fence.

You might not want to start a compost pile, lest it attracts bears. You might want to get your dogs vaccinated for rattlesnake bites. Also, don’t let them chase deer, elk or cattle. Dogs can be legally shot for that.

Your neighborhood might be evacuated due to wildfire. Last year, 3,000 acres burned near me. I had less than an hour to grab my “go bag,” load up four horses and two dogs, and get out. Within hours, giant slurry bombers were attacking the flaming ridge 600 yards from my house.

I credit my dogs and horses for helping me meet folks and become useful. Through years of trial and practice, of embarrassment and schooling, my animals and I now can be passably handy working around livestock. The work — in frigid cold; in bone-chilling rain; in heat, sun and dust — sometimes has me wondering why I’d want to hunch over a laptop and write when I could be doing this all day, all month, all year.

The highest compliment yet paid to me was while moving cows, when a rancher rode close and asked how much I wanted for my savvy, smooth-moving dog. I’ll keep him, sir, but thank you kindly.

I can’t lie. The aloneness and need for self-reliance can be unnerving. My nearest neighbors are more than a half-mile away. At night, fields of stars blossom. Coyotes’ yips and howls and the wind blowing through the trees might be the only sounds interrupting the silence. Sunrise helps dispel occasional angst.

My friend Tom has lived here for nearly two decades. As the program director of the local public radio station, he takes a wide-angle perspective of community:

“Around here, you don’t have the luxury of isolating yourself in the bubble of your own beliefs. Living here forces you to come face-to-face with a spectrum that includes gun owners, ranchers, libertarians and lesbians. If you’re uncomfortable with that, it’s not going to be fun.”

In the November election, then-President Donald Trump and then-Republican congressional candidate Lauren Boebert (who, now a congresswoman, promised to bring her Glock to Congress and tweeted “Today is 1776” on Jan. 6) beat their Democratic rivals by nearly 2-to-1 margins.

Does it matter how my ranching friends voted? Not a lick. I care more how they treat their animals and how they steward the land. They might say the same about me.

More than anywhere else or at any other period of my life, I’ve worked to build a network of friends and acquaintances here. After a long, tiring day, they are to me like an old PayDay candy bar, found deep in the truck’s glove compartment: salty, sweet, imperfect and pleasing.