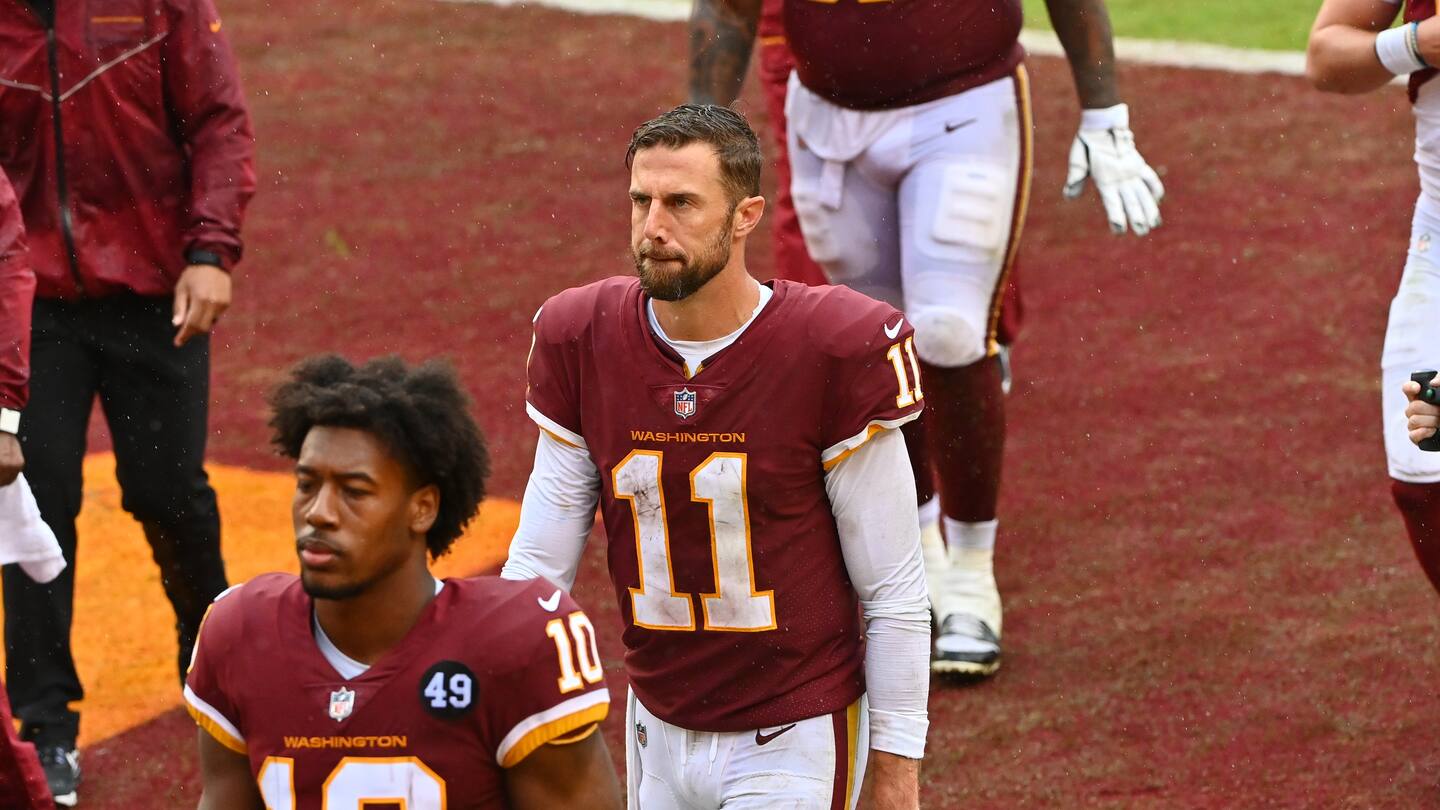 “After the conclusion of that meeting we decided that it would be best for both parties to move on and we will be granting Alex his request to be released,” Rivera said. “I want to thank Alex for his contributions this past year. He made such an impact on our young roster and his leadership was one of the key factors in our late season success and in making the playoffs for the first time since 2015. Everyone here in Washington wishes Alex and his family the best going forward and appreciates all that he gave to our organization.”

The move leaves Washington with roughly $53 million in salary cap room — the fourth most in the NFL based on a $180.5 million cap projection, according to overthecap.com. But it also leaves the team with only two quarterbacks under contract for 2021: Taylor Heinicke, who signed a two-year deal in February, and Steven Montez, who spent the majority of last season on the practice squad and has not played an NFL snap.

Kyle Allen, an exclusive rights free agent, is likely to be tendered a one-year, $850,000 contract to return, but Washington could pursue a starter in free agency, via trade or through the draft.

Smith, 36, returned from a compound leg fracture and a life-threatening infection he suffered in 2018 to lead Washington to a 5-1 record in games he started and the NFC East title last season. His return earned him the NFL’s Comeback Player of the Year award and helped transform a team that began its season 1-3 with a fledgling offense led by second-year quarterback Dwayne Haskins.

“Especially when you see what Alex has gone through and just his desire and drive to get back and the joy and thrill he gets from playing,” Rivera said in early January. “If you don’t feel that from a guy, especially at his age, his experience, his situation and circumstances — that’s a great example. That, to me, is why you play the game.”

But in recent weeks, a split appeared probable. Smith had two years remaining on his contract, with salary cap charges of $23.3 million and $25.3 million, respectively, and Washington made it clear that it was considering moving on from him when it made a competitive trade offer for Matthew Stafford. The Detroit Lions ended up agreeing to send him to the Los Angeles Rams instead.

Smith said at season’s end that he planned to “take a few weeks” to decide his future in football, but in later interviews he strongly insinuated that he wanted to keep playing. He also spoke candidly about Washington’s reception to his return from injury.

Those comments didn’t sit well with the organization, according to people familiar with the matter.

Smith’s first game back from his lengthy recovery was in relief of Allen in Week 5, during a rain-soaked loss to the Rams at FedEx Field. With his wife and children watching in the stands, Smith took his first hit since the injury when star defensive tackle Aaron Donald jumped on his back for a sack. He took five more sacks before the game’s end.

But he returned a month later when Allen suffered a season-ending ankle injury, got his first start in a close loss to the Lions, then led Washington on a four-game winning streak to turn around a season that had seemed lost.

Washington completed a sweep of the Dallas Cowboys with a Thanksgiving blowout at AT&T Stadium, upended the undefeated Pittsburgh Steelers at Heinz Field, then defeated the reigning NFC champion San Francisco 49ers in Arizona. Smith suffered a bone bruise in his surgically repaired right leg that sidelined him for two games during Washington’s final push for a playoff spot but returned in Week 17 to help the team clinch the division with a win at the Philadelphia Eagles.

His final moments with Washington, however, were spent on the sideline. Smith’s bone bruise kept him from playing in the team’s first playoff game in five years, and he could only watch as Heinicke led Washington during a hard-fought loss to the eventual Super Bowl champion Tampa Bay Buccaneers at FedEx Field.

Now, for the first time since he entered the NFL as the No. 1 draft pick in 2005, Smith can choose his next stop as a free agent.

Washington, meanwhile, has a glaring hole at the sport’s most important position. With the 19th selection, plenty of salary cap space and eight draft picks in all this year, Rivera and his new regime face their greatest test yet.