The danger of a fourth coronavirus wave, visualized 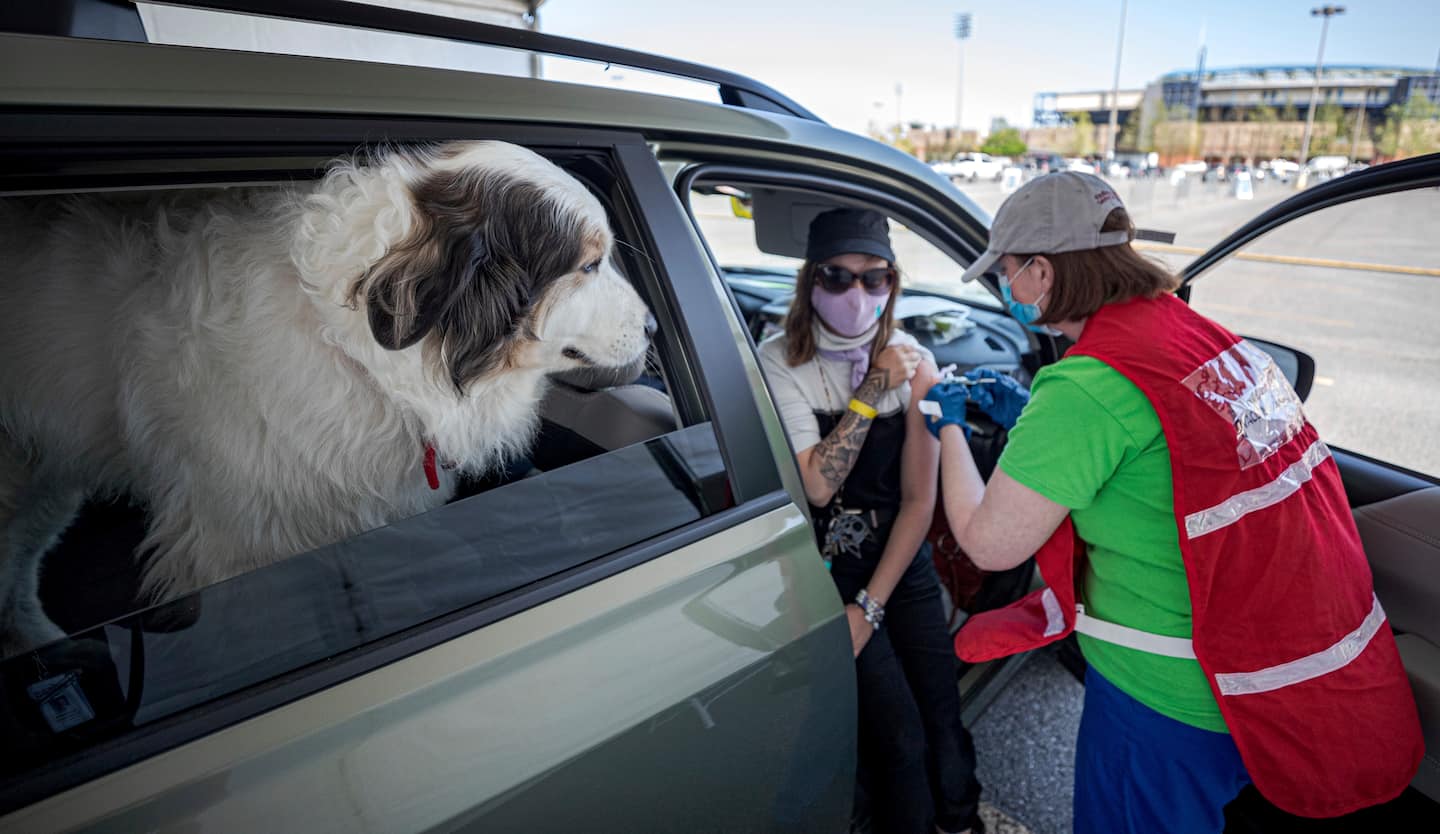 But there’s a reason that CDC Director Rochelle Walensky used that phrase on Monday. It’s not just that cases are rising nationally and in the Northeast. It’s also that the country is massively expanding the distribution of vaccines that can prevent the spread or the worst effects of the virus, and every new infection now is one that, in two months time, probably could have been prevented given access to vaccination.

Again, though, it’s been a long year and a particularly bleak winter for a lot of reasons. It’s as though we’re conflating the end of that season with the end of the pandemic, treating the warmer weather as some sort of metaphorical statement about the pandemic itself. So, after months of steep decline in new case totals, the daily average number of new cases is now up in most states. In 14 states and the District of Columbia, the number of new cases is at least one-third the state peak — meaning if the state had maxed out at 60,000 cases a day, the state is still seeing 20,000 on average.

Even after the decline of the past few months, the United States is still seeing about as many new cases a day as it was a month into the third surge, which began in mid-September.

The graphic above shows how the new rise in cases is centered in the Northeast, both in terms of the change over the past two weeks and the density of new cases. That matches the start of the pandemic, a year ago, when New York City was the epicenter of the outbreak.

That was the first surge. The second surge occurred in the South last summer, perhaps in part because in Southern states, people were more likely to gather inside to take advantage of air conditioning. During the fall and winter we had that third, massive surge, spreading outward from the Dakotas.

You can see the virus ebb and surge over time in the interactive below.

Notice, when it stops, where the pandemic is centered. Walensky’s sense of doom is no doubt informed by the fear that the pattern could repeat itself: New York and New Jersey seeing hospitals overwhelmed and cases spreading wildly.

Except, of course, for those vaccines. On Tuesday, New York opened up availability to everyone aged 30 and over — the vast majority of adults in the state. Appointments filled up quickly; it will take awhile to get all of those New Yorkers immunized. But the administration of President Biden has promised broad accessibility over the short term in an effort to tamp down on that doomsday scenario.

It’s easy to lose sight of how well the fight against the wolves is progressing. By late January, the country had already seen more vaccine doses administered than total confirmed coronavirus cases. Now, there have been nearly five times as many doses administered as cases confirmed — far more vaccinations than infections even accounting for the fact that most vaccinations require two doses.

At some point, barring some vaccine-defying mutation or a collapse in the vaccination effort, the country will reach the point at which the virus can’t easily spread. The pandemic will be over. It will happen.

The question is how many Americans die before that point. And the answer to that question is under our collective control.