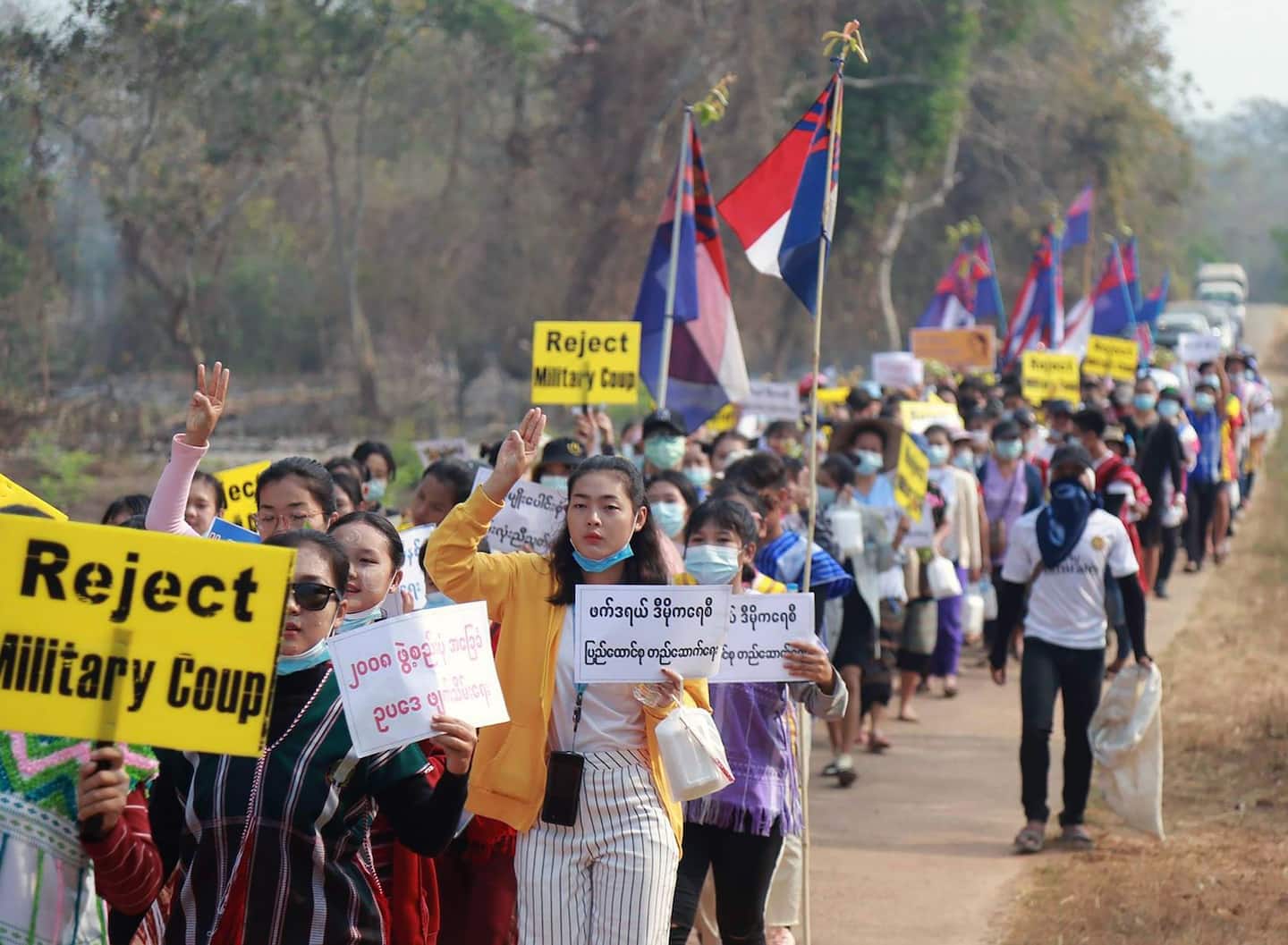 The United Nations’ special envoy for Myanmar, Christine Schraner Burgener, on Wednesday warned that “a bloodbath is imminent” if the international community did not act to quell the violence.

Last Saturday marked the bloodiest day since the coup, with troops reportedly killing over 140 protesters in more than 40 locations across the country.

A lawyer for Aung San Suu Kyi, Myanmar’s deposed leader, also Thursday said that the detained opposition leader had been charged the week before in Yangon with breaking the country’s secrets law, the most serious allegation against her yet. The lawyer told Reuters that he had heard about the charges against Suu Kyi and several other members of her National League for Democracy only two days ago.

If convicted, she could face up to 14 years in jail.

Suu Kyi, whom the military previously held under house arrest for a total of 15 years, is revered by Myanmar’s pro-democracy camp. Calls for her release have been a rallying cry among protesters in the streets.

Suu Kyi won the Nobel Peace Prize in 1991, though in recent year she’s faced international backlash for her support of the military’s violent campaigns against Myanmar’s Rohingya Muslim community.

The military said it intervened to oust Suu Kyi following false claims of election fraud in a vote this past November.

The coup not only cut off Myanmar’s fledgling march toward democracy but also opened up old fronts of conflict in the country once renowned for its ethnic diversity. In recent weeks, the military has escalated attacks against two opposition groups, the Kachin Independence Army and the Karen National Union, Reuters reported.