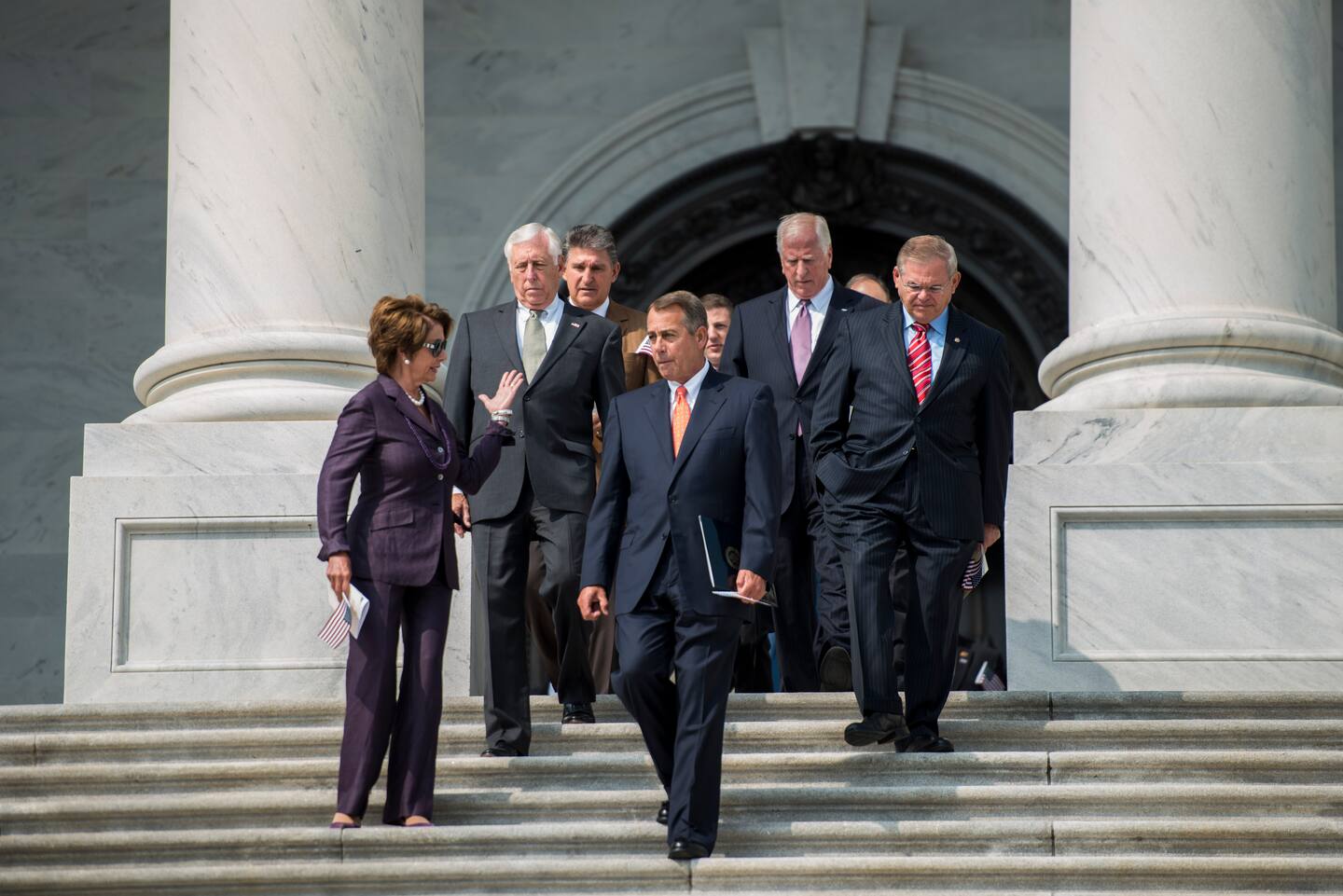 In January 2015, Boehner rang up Hannity to address the situation. “What the hell?” asked Boehner.

A look at Hannity’s transcripts from that period suggests a good reason for Boehner to reach out. Just weeks before the call, the host derided Boehner for with a nickname: John “Gruber” Boehner — after the economist and Obamacare consultant Jonathan Gruber, who had said the “stupidity” of the American voter played a part in the law’s passage. In Hannity’s view, Boehner had pulled a “Gruber” by talking tough about President Barack Obama right after the 2014 midterm elections, only to agree to a spending package with Democrats that staved off a government shutdown. The deal funded most of the U.S. government through the following October. “John Boehner ‘Grubered’ conservatives tonight, and by that I mean the conservative base in particular. … He never would have done this before the election. He has no inspiring vision, and to me he is everything that’s wrong with Washington. He’s a Democratic Party lite,” said Hannity.

If only Boehner had waited till January, argued Hannity, the speaker could have driven a harder bargain with an expanded House majority and a new Senate majority. “I think they would have had more leverage. I think going this way and funding Obamacare through the year was foolish,” said Hannity at the time.

Use all available power at all times — that’s the ideology that Hannity advocated on his show on part of the tea party and Freedom Caucus in the House. It’s also the worldview that filtered into the Trump White House, whether the flavor of the day was firing the FBI director, obstructing the Mueller probe, pardoning friends and associates, separating children from their families at the border or using official government functions to benefit Trump properties.

The horrific culmination of this win-at-all-costs gambit was the attempt by Trump and his enablers in conservative media — Hannity prominent among them — to steal the 2020 presidential election. That effort thrived on Fox News-peddled allegations that voting firms Dominion and Smartmatic had played key roles in fraudulently shifting votes from Biden to Trump. (Both firms have filed extensive lawsuits against Fox News for airing false and damaging claims about their work.) Over several weeks after the November election, Hannity went all out to scare up arguments that President Biden had stolen the contest and that the Trump campaign’s legal arguments carried something more than fluff and hearsay. During that plume of programming, Hannity appeared excited that state legislatures “wind up serving as the kingmakers. And so, there is a lot of power there like in a state like Pennsylvania where it’s a Republican legislature.”

In his book excerpt, Boehner addresses the Fox News crew’s indulgence of conspiracy theories. The late Roger Ailes, longtime Fox News chief, once told the House speaker that the Obama White House was “monitoring” him, along with other out-there suspicions. “I once met [Ailes] in New York during the Obama years to plead with him to put a leash on some of the crazies he was putting on the air,” writes Boehner. “It was making my job trying to accomplish anything conservative that much harder. I didn’t expect this meeting to change anything, but I still thought it was bull[—-], and I wanted Roger to know it.”

As for Hannity, Boehner called him a “nut” in that phone call, as if Hannity were just an eccentric who likes pineapple on his pizza. (That word choice echoed a 2017 Politico feature, in which Boehner recalled that he’d told Hannity in that call that he was “nuts.”) Whatever went down in that phone conversation, it was testament to the dynamic that Boehner is putting forth in his book — namely, that Hannity and his crew of far-right media celebs have insinuated themselves into every critical negotiation on Capitol Hill and the White House, a mic’d up House Freedom Caucus.

But this caucus is so swimming in money via cable subscriber fees, advertising revenue and so on that it’s no wonder that Boehner failed to persuade Ailes to “put a leash” on the network’s “crazies.” Fox News, after all, already heard from plenty of others making the same argument, including its cable news competitors, most Democrats and the Erik Wemple Blog. What did Fox News have to fear from an aging politician who might one day write a few critical words in a memoir?

In a Twitter response to Boehner’s excerpt, Hannity wrote, “John Boehner will go down in history as one of the worst Republican speakers in history. He’s weak, timid and what’s up with all the crying John? There was not a single time I was around him when he didn’t just reek of cigarette smoke and wine breath.”

That’s like a longform version of: When asked for comment, Hannity confirmed every one of Boehner’s arguments.