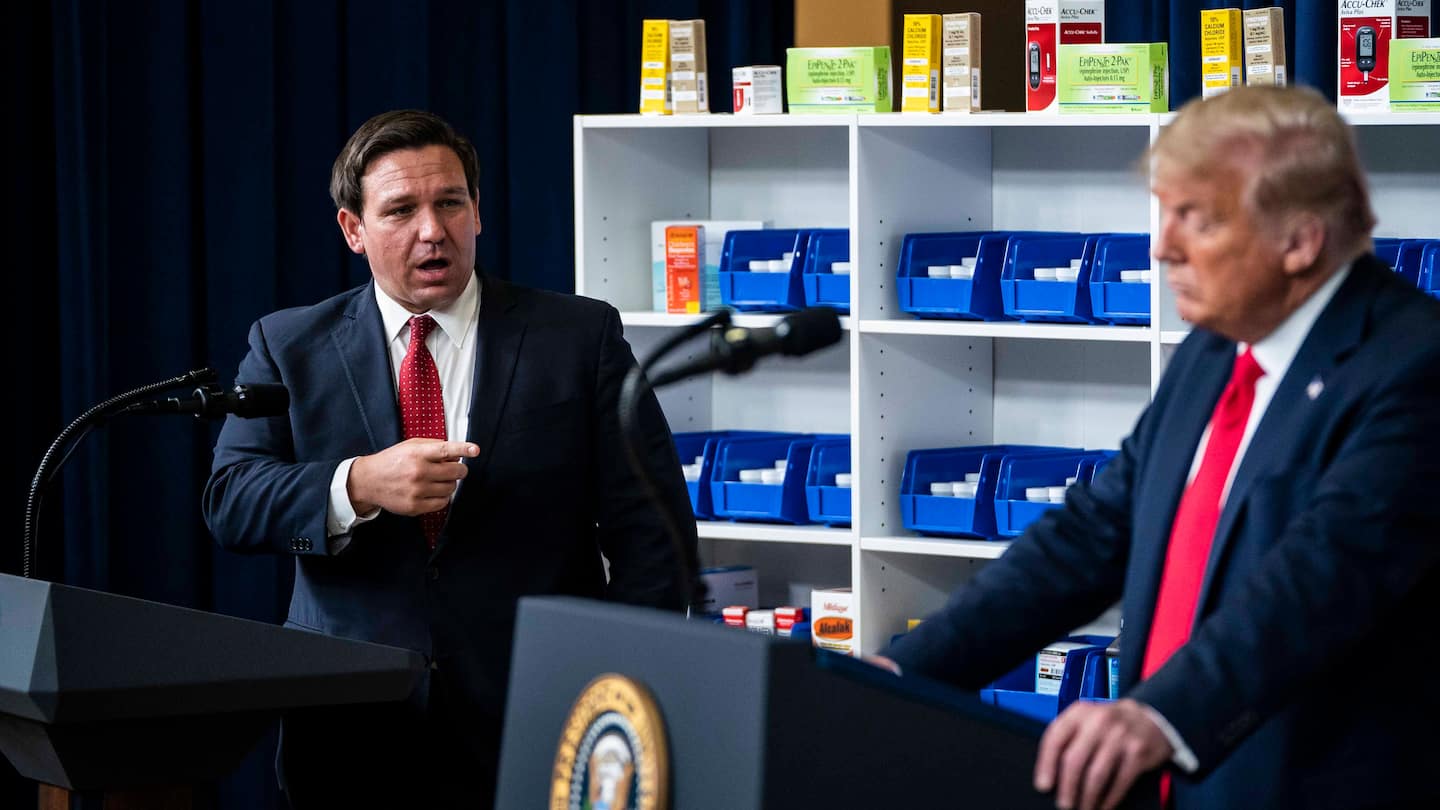 But one Republican has been able to chart his own course on this front — with plenty of assistance from his critics: Florida Gov. Ron DeSantis.

Over the past year, DeSantis has repeatedly found himself targeted for his coronavirus response, sometimes in overwrought ways. The culmination came Sunday in a “60 Minutes” piece that cast a spotlight on his decision to run Florida’s coronavirus vaccination program through the grocery store chain Publix, which had donated $100,000 to his campaign in the weeks prior.

The pushback on the report, which followed others raising similar questions and included asking DeSantis about an alleged “pay to play” arrangement, has been swift. Even Florida officials with ties to the Democratic Party have defended the decision to use Publix, which is the state’s most popular grocery chain and has also donated to Democrats and progressive causes.

Palm Beach County Mayor Dave Kerner (D), whose city was a focal point of the “60 Minutes” report, said flatly that the reporting was “intentionally false” and that “60 Minutes” had declined his offer to provide a counterpoint. He said it should be “ashamed.”

“Publix said they could be ready in 72 hours,” Moskowitz told the conservative National Review on Monday. “I picked Publix. Walked into the governor’s office the next day, gave them the plan about why we needed to turn on more locations, especially in some rural, fiscally constrained areas.”

The backlash comes shortly after another controversy that, upon reflection, had a more logical explanation. Reports and DeSantis’s Democratic opponents suggested that Florida had undercounted its coronavirus death toll. But as The Washington Post’s Philip Bump reported, many states have similar gaps between their excess deaths, relative to recent years, and their official coronavirus death toll. States and the federal government are very probably underselling the actual death toll, but Florida appears unremarkable in that context.

DeSantis’s overall response to the pandemic — and criticisms of it — have also been at issue. He has been among the most forceful GOP governors when it comes to keeping his state’s economy open. When spikes have occurred, his critics have blamed him and his policies. When they’ve ebbed, the criticism has died down and been thrown back in his critics’ faces by DeSantis’s defenders. (One memorable headline from the National Review’s Rich Lowry in May asked, “Where Does Ron DeSantis Go to Get His Apology?”)

All told, Florida’s number of coronavirus cases and the official death toll are very middle-of-the-road. Its case count and its death toll remain around the national average. There are always many factors when it comes to these things, including climate and population density. Comparisons between Florida and more hard-hit Northeastern states such as New York are also less than apples-to-apples given that those states bore the brunt of the early part of the pandemic, when we were less equipped to deal with the spread of the virus.

But relative to other states — particularly red states and particularly given that Florida has an inordinate number of older, more vulnerable citizens — Florida is hardly the disaster many have alleged at this point.

DeSantis’s case on this is significantly stronger than another ambitious Republican governor who has tried to turn her coronavirus response into a badge of honor. South Dakota Gov. Kristi L. Noem has made her decision to leave her state open and resist mask mandates a focal point of her effort to build a national brand, but her state ranks among the worst in the country in per capita cases and deaths. There is no question that keeping things open creates more risk, but DeSantis has a much better argument when it comes to managing that risk and balancing the health effects of the virus against its economic effects.

More than anything, though, he has a plausible case to make to Republicans that he’s being singled out politically by nefarious Democrats and the media. He has embraced Trump, too — Trump’s endorsement was big when it came to DeSantis’s ascension to the governorship two years ago — but building a brand while playing upon Trumpian themes probably only makes him stronger.

DeSantis is the governor of a big state, and that comes with both appropriate scrutiny and the possibility that this scrutiny will overreach. But when it comes to Republicans who can use that scrutiny to build their brands — and potentially launch a 2024 presidential candidacy based on that, rather than on Trump’s good graces — DeSantis has no equal at this point.