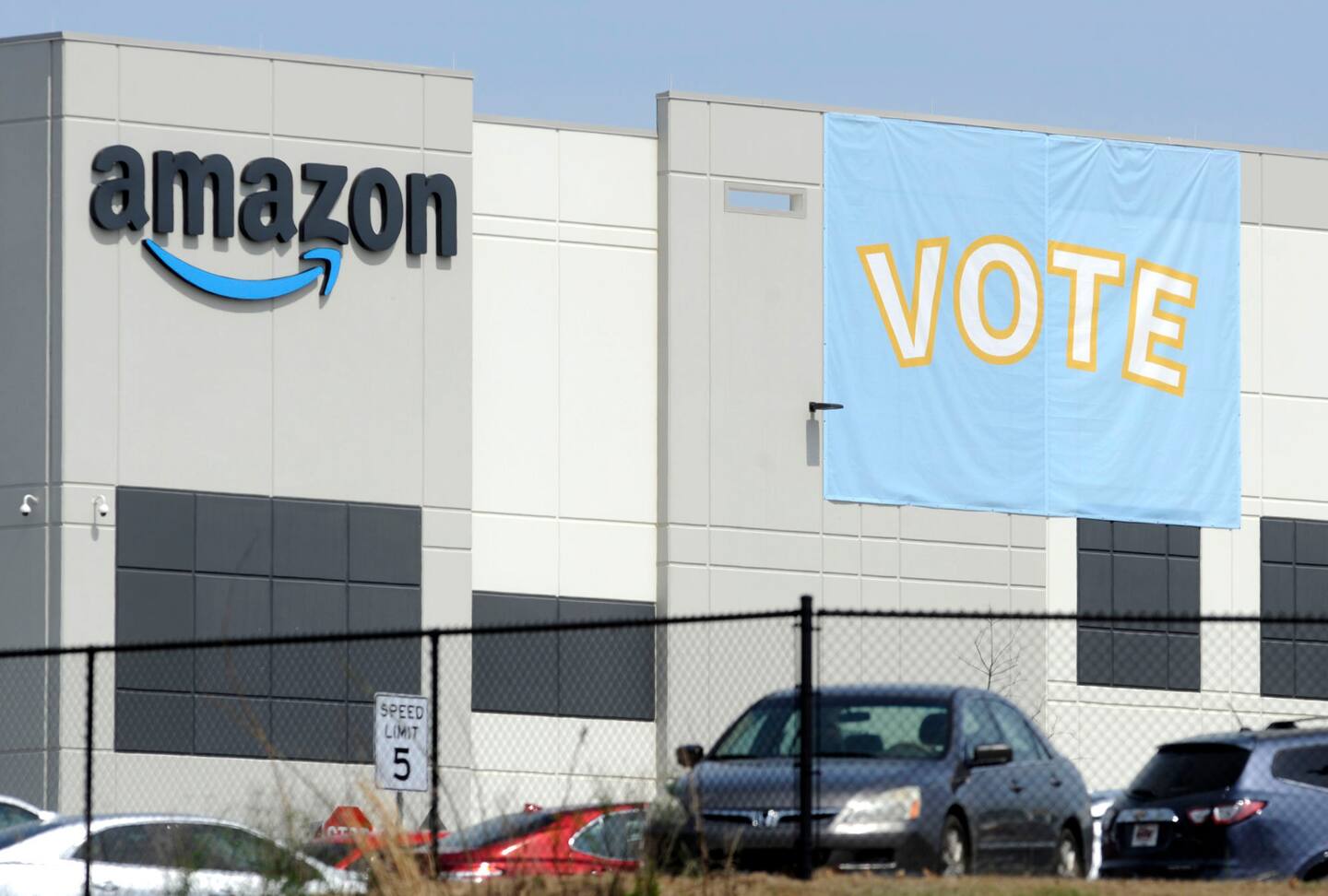 The union has complained about the mailbox, which the Postal Service installed just before the start of mail-in balloting for the union election in early February. It has argued that the mailbox could lead workers to think Amazon has some role in collecting and counting ballots, which could influence their votes.

The emails, obtained by the union through Freedom of Information Act requests, could extend that battle if the union loses the vote, providing fodder for unfair labor practices charges that provide grounds to overturn the results. The emails show that Amazon pressed the Postal Service to install a mailbox urgently just as the seven-week mail-in balloting began.

“We have not heard anything back on the install of this collection box,” a Postal Service account manager wrote to Alabama colleagues on Jan. 14. “Amazon is reaching out again to me today about the status as they wanted to move quickly on this.”

Six days later, the manager sent another email to her colleagues in Alabama that “Amazon’s expected set-up date for this collection box is February 7, 2021.” The manager also noted in a Jan. 8 email that a person, whose name was redacted, “at Amazon HQ would like to [be] kept in the loop on this progress.”

Despite the internal emails, Postal Service spokesman David Partenheimer said in a statement that the box was “suggested by the Postal Service as a solution to provide an efficient and secure delivery and collection point.”

Amazon spokeswoman Heather Knox said that the mailbox’s placement was intended to make voting easy and that the company proposed a variety of options to do so.

“The RWDSU fought those at every turn and pushed for a mail-only election, which the NLRB’s own data showed would reduce turnout,” Knox said in a statement. “This mailbox — which only the USPS had access to — was a simple, secure, and completely optional way to make it easy for employees to vote, no more and no less.”

The emails among Postal Service workers, though, show the lengths to which Amazon will go to fight unionization, RWDSU president Stuart Appelbaum said.

“Even though the NLRB definitively denied Amazon’s request for a drop box on the warehouse property, Amazon felt it was above the law and worked with the postal service anyway to install one,” Appelbaum said in a statement. “They did this because it provided a clear ability to intimidate workers.”

The mailbox — the type of unmarked unit with individually locked compartments and a mail slot that is common in apartment and condo buildings — does not have U.S. Postal Service markings, and the union has said that could signal to workers that the company has a role in running the election.

The union has called Amazon’s campaign to get employees to bring their ballots to work and use the mailbox an unlawful form of ballot harvesting. It has also argued that the push to get workers to use the mailbox helped the company determine which employees supported the union because they would be less likely to vote on company property.

The email exchanges contradict comments about the mailbox that Partenheimer made to The Washington Post last month, when he said the agency suggested putting the box at the warehouse, not Amazon. At the time, Partenheimer declined to say why the agency, which counts Amazon as its largest corporate client, decided to install the mailbox at the start of the mail-in election, or what led it to put the mailbox on Amazon property.

The mailbox appeared in the parking lot in front of the warehouse, inside a tent just as the mail-in voting began.

“Speak for yourself! Mail your ballot here,” reads a banner on the tent.

One reason the mailbox is controversial is that the NLRB, which is overseeing the election, rejected Amazon’s request to put ballot boxes at the warehouse for in-person voting. The board cited concerns about the safety of Amazon workers and agency staff members during the coronavirus pandemic in ruling that ballotsshould be sent to the NLRB by mail.

The use of social distancing procedures that Amazon employs at its warehouses to ensure workers do not get too close to one another during the pandemic “to monitor the line leading to the voting tent would give the impression of surveillance or tracking,” Lisa Henderson, the acting regional director of the NLRB’s Atlanta office, wrote in her ruling setting election rules.

More than 3,200 workers voted, though hundreds of votes were challenged, according to the union. The tally could take a day or longer as the agency counts each unchallenged vote by hand, one by one.