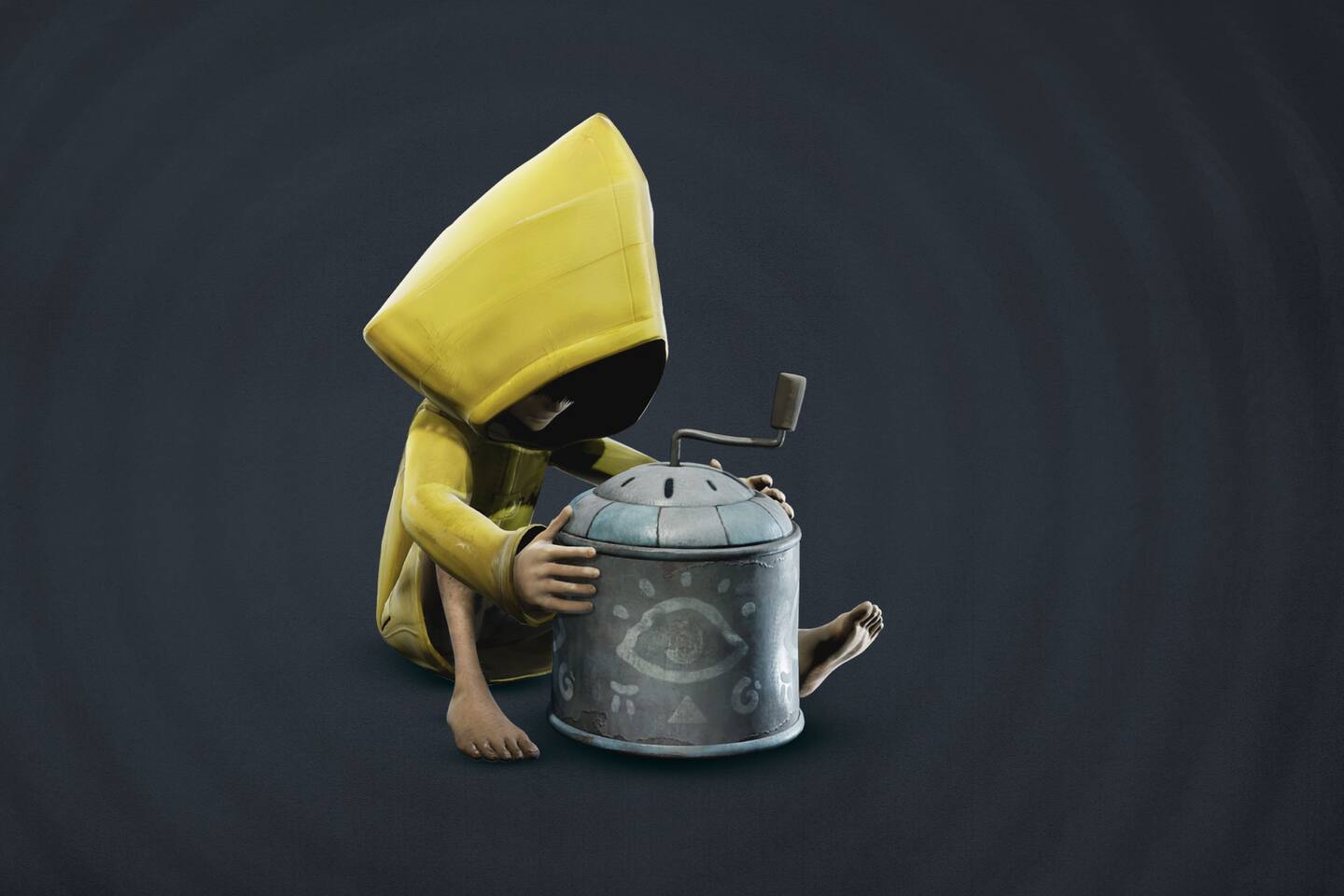 “The most useful sounds were recorded with a bunch of cans, about 30 of them, lying in a big bed and me diving my hands into them while holding my breath,” he said.

Like many horror games, “Little Nightmares 2″ is effective because of its excellent sound design. Taking place in a nightmarish world, there’s no dialogue and barely any on-screen text. Sound and art design do much of the heavy lifting when it comes to world building and evoking emotion. Because of that, finding the appropriate feel for sound effects, voices and ambiance required creativity and constant iteration.

“We have sounds everywhere in the game, so it’s never quiet,” Vasselbring said. “There’s always something going on in the background.”

These can be as subtle as the buzzing of flies or the dripping of water, to more aggressive enemy noises emanating from horrific, puppetlike villains. A violin bow was used on a mini guitar in the studio, for example, to create a grating sound during an early-game chase scene.

It can be tough to draw the line between music and ambiance in “Little Nightmares 2,” and that’s intentional: The two bleed together, giving the world a distorted feel. Unlike the hospital mannequins, which were recorded in-house, the majority of sounds originate from a royalty-free library, which the audio designers then mix and edit together. Sometimes an audio clip can be as many as 20 sounds layered on top of one another.

“You take all these sounds and they are your building blocks, like ingredients that you cook and then that’s your new sound,” Vasselbring said.

Among the most challenging tasks for the team was recording voices for all the characters. Tarsier didn’t hire professional voice actors and instead looked internally. Even an AI lead designer used his voice for one of the protagonists, Six. The audio directors preferred it this way, giving them complete control over how these voices would sound.

“I think the weirdest thing is that all the voices from all the children in the game are from adults,” senior audio designer Tobias Lilja said. “We didn’t record any children.”

Vasselbring’s voice was used for the schoolteacher, a prominent enemy within the school level whose neck extends to an unnatural length as she searches for the player. Both Vasselbring and Lilja reflect that the neck was probably the hardest sound to get right, mostly because of the character’s gender.

“She’s an older woman, so it’s hard to try to mimic that with my own voice,” Vasselbring said. “I ended up doing heavy processing on the sounds to mask that it’s actually a man, and also using more of the neck sounds to try to put the emphasis on the neck sounds instead.”

Sometimes, the schoolteacher (and other enemies) can be heard from far away, as you crawl through vents or navigate through long hallways. Depending on where you are, those distant sounds may reverberate differently, and they’re vague enough that it can be difficult to pinpoint exactly what they are. To masterfully instill a sense of dread in the player, Vasselbring built an under-the-hood audio system that could simulate how different noises would sound in different spaces.

“It is essentially a way of building some kind of realism for how sound travels through doors and walls, to have that feeling that something is happening on the other side of the wall,” Lilja said.

But the sound department’s job wasn’t all doom and gloom. There’s a more playful, yet still unsettling, sound in a later level where an urban populace is addicted to watching television. As they’re glued to their screens, a psychedelic 1960s-inspired tune emanates from their TV sets. The song’s placement is randomized, too, so each player may hear it at different intervals.

“That was a very fun part of [the project], because it felt much freer than a lot of the other sound design,” Vasselbring said. “There’s a certain mood and a darkness. But then with the TVs, it was like, ‘Oh, now I can make all these happy songs and just crazy s—.’”