Republicans are stuck with a Trump ball and chain 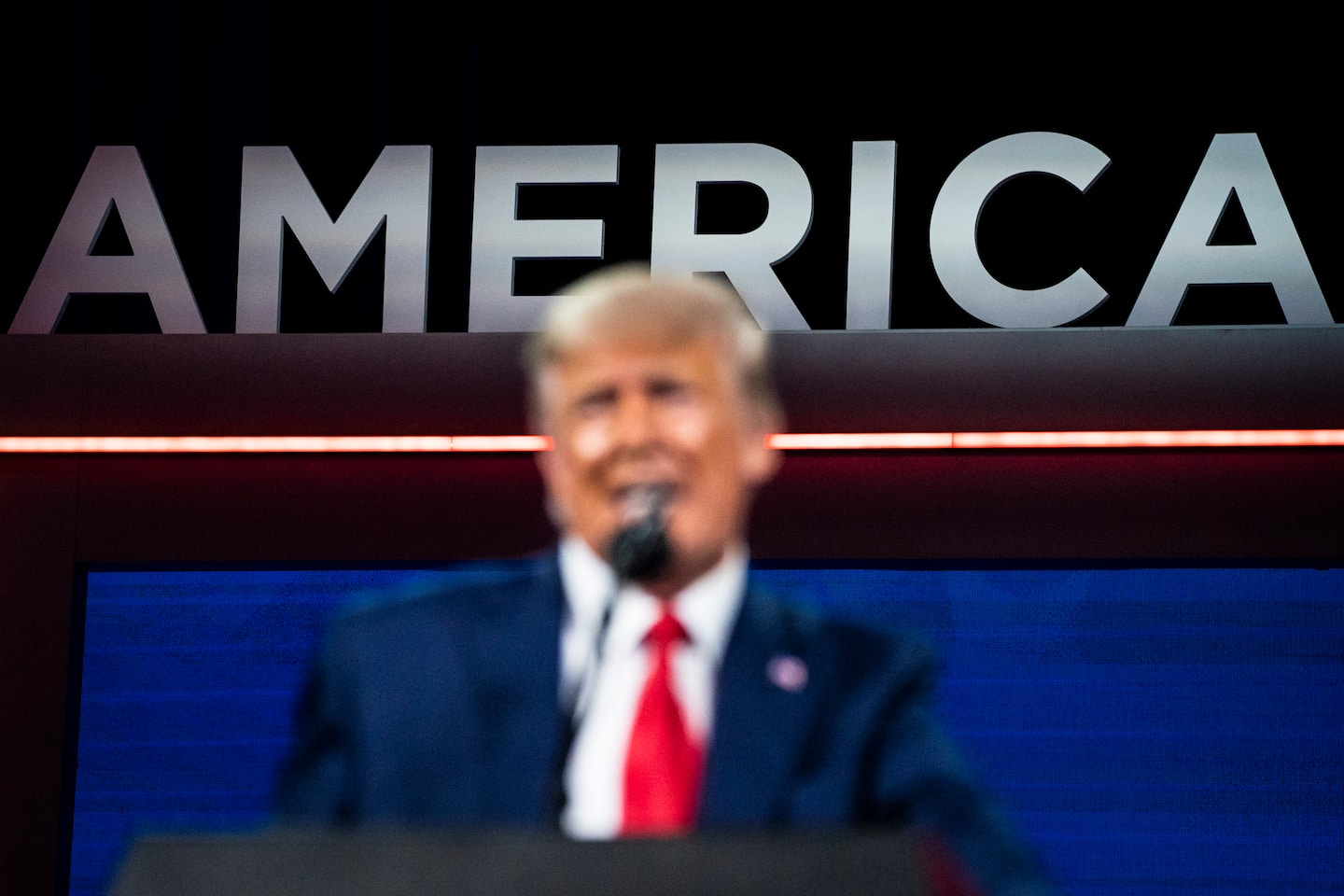 Thune and other Republicans did their best to avoid pouring gasoline on the fire. “I think a lot of that rhetoric is — you know, it’s part of the style and tone that comes with the former president,” Thune said noncommittally. It’s not a big deal,” said Arkansas Gov. Asa Hutchinson (R) on CNN’s “State of the Union,” “…but, at the same time, whenever it draws attention, we don’t need that. We need unity.”

On CBS’s “Face the Nation,” Rep. Liz Cheney (R-Wyo.) was slightly more critical of Trump’s other intraparty criticism — attacking former vice president Mike Pence for certifying the electoral college results in January. “The former president is using the same language that he knows provoked violence on January 6th,” she said. But the House Republican conference chair was quick to pivot as well: “We need to be focused on the future. … And for us as a party going forward, we have to embrace the Constitution and we also have to put forward positive solutions.”

Even when Trump’s Saturday address wasn’t the topic, the former president was still tripping up Republicans. Back on “Fox News Sunday,” Texas Gov. Greg Abbott (R) was ready to blast the Biden administration over cases of child sexual abuse at a migrant shelter in San Antonio. There was just one problem: As host Chris Wallace pointed out, “There were thousands of complaints of sexual abuse at migrant shelters during the Trump years … but we couldn’t find one instance of you complaining and calling that out when President Trump was president.”

All in all, answering for the former president rather than criticizing the current president is surely not how these Republicans wanted to use their few minutes of camera time. Indeed, if Trump were a normal ex-president, Thune and others could have all but ignored the questions. After all, by itself a former president’s criticism of current party leaders means little: George W. Bush’s critiques of Trump had absolutely no significance, for example.

But Trump is different, for a few reasons. First, most also-rans in a presidential election — incumbent or not — lose their national stature after Election Day faster than a new car loses its value when you drive it off the lot. Polls suggest that Trump, by contrast, could easily be the first presidential loser later renominated by a major party since Richard Nixon fifty years ago.

Even if Trump doesn’t run in 2024, though, Republicans can’t get rid of him for two other reasons. First, as my colleague Greg Sargent pointed out, one of the party’s biggest causes at the moment — voting restrictions — is inextricably tied to the former president’s lies about the 2020 election. The nationwide campaign to limit voting rights and the resulting fights with various corporations and sports leagues all stem from lawmakers’ acceptance (sometimes tacit, sometimes not) of Trump and his allies’ campaign to undermine the results.

Second, Trump has the money. GOP small donors remain big fans of the president, with the New York Times reporting that Trump has more cash on hand than the Republican National Committee. The RNC donor summit that Trump spoke to was confirmation of his outsized role: Not only was the bulk of the two-day event held at a Palm Beach hotel, less than five miles from Mar-a-Lago, but instead of Trump coming to the donors Saturday night, the RNC bused all the attendees to Trump’s club. One would hardly have been surprised if each bus seat came with a ring to kiss.

Historically, when one party takes over the White House and Congress, the minority party does well in the following midterm elections. But as Sunday showed, this cycle the minority party has a ball and chain on its ankle, in the form of Trump. With a drag that big, don’t be surprised if the GOP snatches defeat from the jaws of victory.