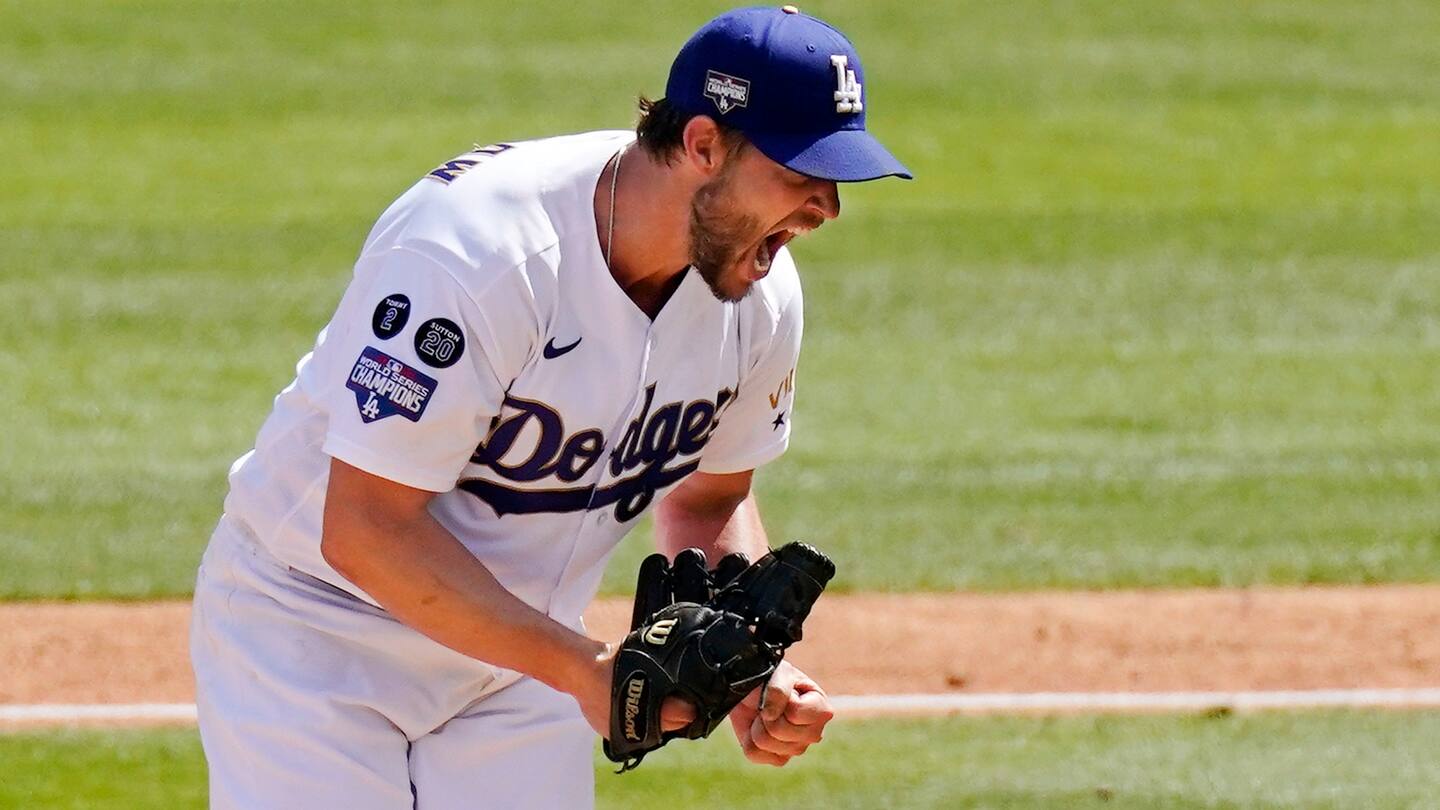 The final was 3-0. The Nationals (1-5) have dropped five straight and now head to St. Louis for a three-game series with the Cardinals. Scherzer allowed one run and three hits and struck out five on 90 pitches across six innings. Kershaw’s six innings included no runs, five hits (all singles) and six strikeouts on 86 pitches.

The Dodgers (8-2) pushed ahead when Victor Robles couldn’t make a catch near the wall in the second. They expanded their lead when Zach McKinstry lined a two-run homer off Tanner Rainey in the seventh. The Nationals then teased a comeback in the eighth, putting two on with no outs, but couldn’t nudge the score.

Yet what stung most was wasting a strong start from Scherzer. Of course, hits were hard to come by for both sides. Scherzer and Kershaw entered with a combined 5,329 strikeouts — 2,793 for Scherzer, 2,536 for Kershaw — and, as of October, two World Series rings. They’re each bound for the Hall of Fame.

Scherzer was coming off an odd first outing against the Atlanta Braves. On the Nationals’ delayed Opening Day, he allowed four homers to the first 10 batters before retiring 10 in a row. The Dodgers, then, tried to ambush him with early swings in the early innings. He used that to work a seven-pitch first. In the second, Max Muncy ripped a third-pitch change-up to right and McKinstry skied a late-count curveball to left-center two outs later.

Robles broke in, then backtracked and, with his glove shielding the sun, let the third out hit the base of the fence. Muncy scored on the miscue, which was ruled a double. But Scherzer struck out five of the next seven batters — Austin Barnes, Kershaw, Gavin Lux, Muncy, Chris Taylor — and set down 10 straight from the second to the fifth. His change-up faded from lefties. He often paired it with a four-seam fastball on the hands. His pitches seemed to dart in the millisecond between crossing the plate and reaching the catcher’s mitt. The problem was that Kershaw’s did, too.

Trea Turner tagged Kershaw with two first-pitch singles in his first two at-bats. Starlin Castro, with two hits in 32 at-bats against Kershaw, doubled that total by the fourth. Otherwise, though, Kershaw silenced Washington with his 41 sliders, 30 fastballs and 15 curves. The Nationals kept wanting for extra-base hits. To that point of the game, after the 45th inning of their season, they had 38 singles, six doubles, zero triples and four homers. Turner and Juan Soto had accounted for all of the home runs. The lineup is lopsided and flat.

The club hopes to get Josh Bell, Kyle Schwarber and Josh Harrison back this week. They could be activated to face the Cardinals on Monday, Tuesday or Wednesday. But since they’re still on the covid-19 injured list, they couldn’t help solve Kershaw. That was up to Robles, Turner, Soto, Ryan Zimmerman, Jordy Mercer, Castro, Yadiel Hernandez and Jonathan Lucroy, in that order.

Soto and Zimmerman finished 0 for 8, and 0 for 5 with runners in scoring position, against Kershaw and former Nationals reliever Blake Treinen. In the sixth, Turner led off with an infield single but was stranded after reaching second on a wild pitch. After that, the Dodgers brought Corey Knebel, Treinen and Kenley Jansen in from the bullpen. Treinen yielded back-to-back singles to Andrew Stevenson and Robles to begin the eighth. But he struck out Turner, got Soto to fly out and squashed the threat when Zimmerman, who had been hot, tapped a grounder in front of the mound.