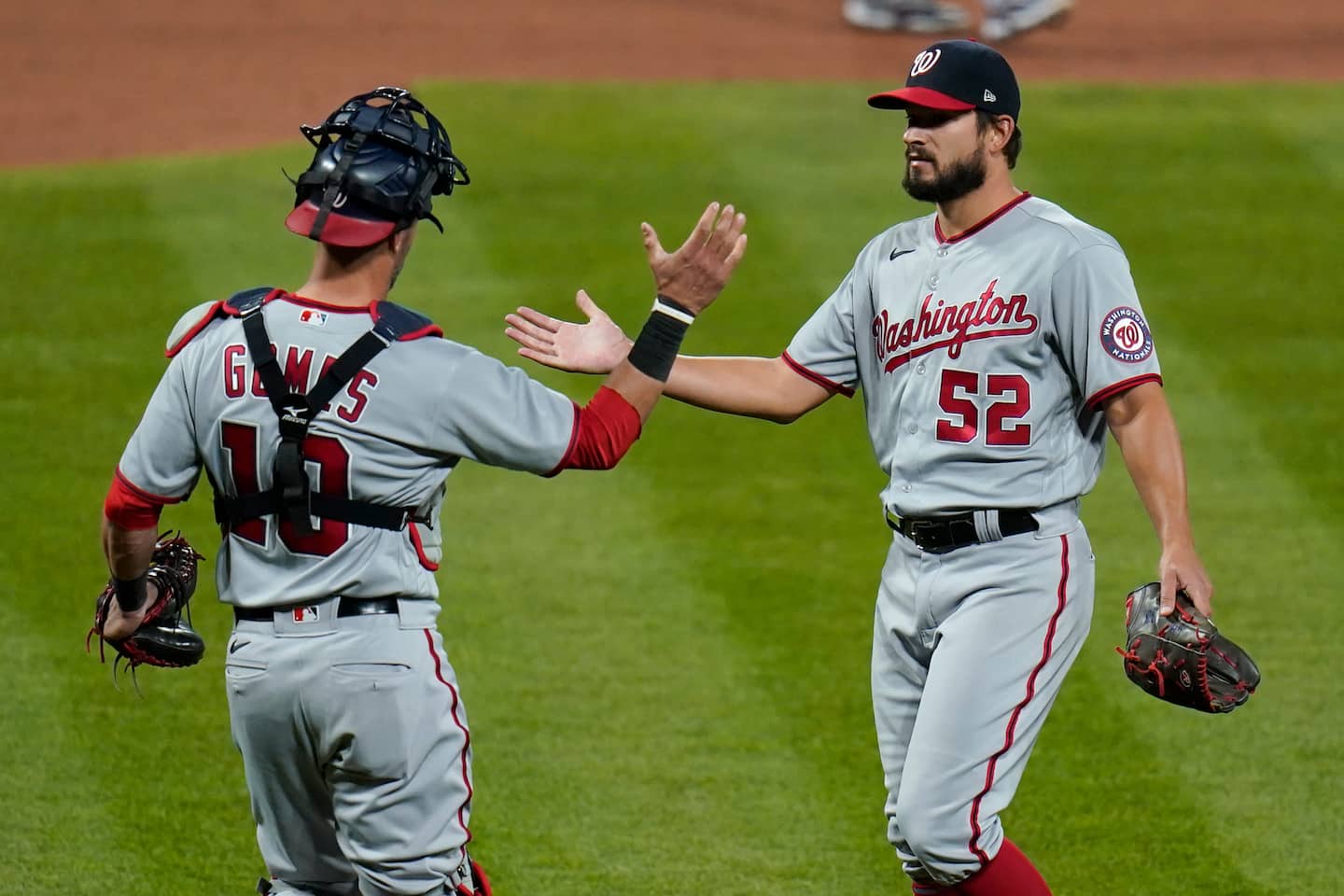 But Bell and Schwarber were sidelined because they either tested positive for the coronavirus or were exposed to an infected teammate. So they waited while the Nationals were blanked in three of their first six contests. Then they returned Monday to help Washington snap a five-game losing streak with a 5-2 win over the St. Louis Cardinals.

Bell worked a walk in the sixth to bump Juan Soto into scoring position at Busch Stadium. Schwarber followed with an RBI double, and Bell scored on Starlin Castro’s sacrifice fly to cap the deciding rally. Bell and Schwarber later walked and singled, respectively, before Castro stretched the lead with an RBI knock in the eighth. Bell added a single in the ninth. His and Schwarber’s fingerprints were all over a comfortable victory.

“We talked about it before the game: Fresh start for all of us; our guys are back,” said Manager Dave Martinez. “So let’s forget about the first six games and start today.”

It was exactly what the Nationals (2-5) had missed against the Atlanta Braves and Los Angeles Dodgers to start the year. But with Bell, Schwarber and Josh Harrison back for this series, their lineup is finally whole. The three of them could do little to replicate live situations in the past two weeks. Bell tracked pitches off a machine that spat out small plastic balls at high velocity. Schwarber worked off a tee before taking make-believe at-bats through virtual reality goggles.

Apart, they were just two players trying to keep their swings intact. Together, though, they were the reason for Washington to not squint too hard at the early offensive numbers. It was fair to expect a lag between their first at-bats and actual rhythm in the box. Bell showed that by grounding into a double play to end the first, then striking out with the bases loaded to end the third. Schwarber showed it with a groundout and flyout to begin his Nationals debut.

Yet that changed from the sixth inning on. Bell, Schwarber and Harrison finished a combined 4 for 12 with three singles, a double and two walks. The Nationals packed a lot into Monday, beating the Cardinals (5-5), having most of their players vaccinated at their team hotel and taking a few strides toward normal, on and away from the field. Starter Erick Fedde was mostly sharp across 4⅔ innings. Juan Soto used three singles and a walk to reach in four of his five plate appearances. Andrew Stevenson, moved from starter to bench piece with Schwarber back, provided an insurance run with a pinch-hit solo shot in the seventh. Tanner Rainey, Daniel Hudson and Brad Hand handled the final nine outs.

The Nationals didn’t need loud results from Bell, Schwarber or Harrison for all of that to happen. They just needed a small push.

“I felt like a lot of guys had great at-bats all night, working deep counts and making that guy grind out there,” Schwarber said. “You know, that’s contagious.”

To make room, Washington optioned Luis García and Yadiel Hernandez to the minors and designated catcher Jonathan Lucroy for assignment. The bench — Ryan Zimmerman, Stevenson, Alex Avila, Jordy Mercer and Hernán Pérez — is how the Nationals planned it in late March. The only players still missing are Jon Lester, who was also cleared Monday and will begin throwing at the alternate site in Fredericksburg this week, and reliever Will Harris, who is recovering from right hand inflammation.

The Nationals started fast against Cardinals starter John Gant when Victor Robles smacked his first pitch for a leadoff triple and Soto singled him in. Fedde retired his first six batters and struck out four straight with a mix of sinkers, cutters and curves. After 77 pitches, his final line included two hits, one run, two walks and five strikeouts, with both walks coming right before he was pulled. It was a major leap from the mess he made against the Braves on April 7.

“Obviously we lost a bunch of games in a row,” Fedde said. “But the feeling of having reinforcements show up, I guess you could say, put a little spunk in the clubhouse.”

Once Kyle Finnegan escaped the two-out, two-in-scoring-position jam that Fedde left behind, Soto, Bell and Schwarber were due up in a tie game. They teamed with Castro to nudge across two runs. Soto scorched a single to right-center at 105.8 mph. Bell walked, taking a close change-up in a 3-2 count. And Schwarber punched the double that tilted the scoreboard.

And nothing — not a stadium-rocking homer for Yadier Molina in the sixth; not a two-out, two-on rally by the Cardinals in the ninth — could swing it the other way. The Nationals got on track.